The most recent member of the Spider-Man films to fall in love in real life is Laura Harrier. The actress, also known for BlacKkKlansman and the recent Hulu series Mike, broke the news that she will soon be planning a wedding with fiancé Sam Jarou. The actress and French freelance consultant had a low-key engagement, which is something Harrier said she always wanted.

“We did get engaged recently, which I’m very excited about,” she told Cosmopolitan. “It was really simple and sweet in Paris. I never wanted one of those big showy public engagements. That’s just not my personality.” 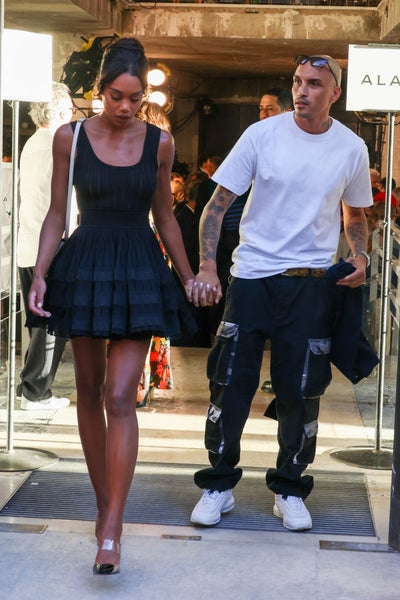 Harrier said she never really believed in the saying “when you know, you know” when it comes to finding your person until she experienced it firsthand with Jarou.

“I never really believed it until that happened to me,” she said. “It’s a funny feeling when you just find peace and calm. I also really do believe that you need to be ready within yourself before you can find somebody else to be with, which I also always thought was a cliché until I felt secure within myself and the person I am and where I’m at in life.”

The 32-year-old Harrier and Jarou confirmed they were an item in 2021 when the paparazzi caught them kissing during a trip to Monaco, France. However, they met prior at a dinner in Los Angeles. Since they became an item, she shared that he does chip in when it comes to the ensembles she wears, which is new for the beauty.

“He’s the first man I’ve dated where I’ll actually listen when he gives me outfit advice,” she told the publication. “So, is that a collab?” 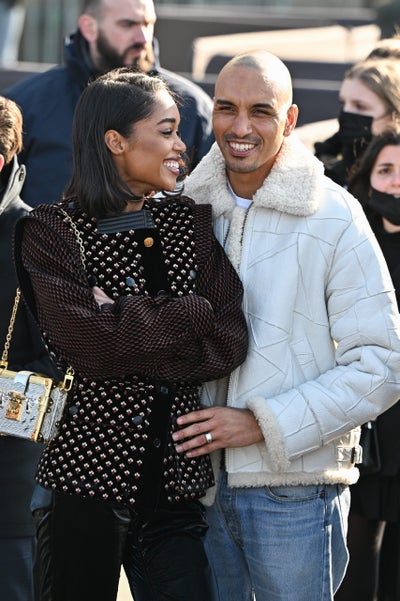 Before dating the fashion consultant, Harrier was linked to NBA champion and Golden State Warriors star Klay Thompson back in 2018, with the two stepping out for an LA Dodgers game and vacationing in France in 2019, and hitting up the Vanity Fair Oscar party in 2020. They never officially announced their split.

As for Harrier and Jarou, the newly engaged couple is living in the moment and enjoying their recent engagement, so the actress says they haven’t dove into wedding planning just yet.

“I’ve done nothing, I need to plan,” she shared with Women’s Wear Daily in a story published Sept. 17. “It’s like, ‘When do you have time?’ We’ll get there.”