UFO enthusiasts believe they have hit the jackpot in the search for life on Mars after spotting what they believe to be a statue of “two lovers” on Mars. Earth’s next-door neighbour has proved to be a hotspot for alien-hunting activity, with relentless theories of life on Mars.

Conspiracy theorists have long believed Mars is home to alien life, and now they believe they have the proof.

Prominent conspiracy theorist Scott C Waring claims to have found evidence of a statue on Mars which appears to show “two lovers’ faces”.

Near to the supposed statue, according to Mr Waring, is a four-legged creature which is reminiscent of a cat or dog.

The conspiracy theorist claims not only is this evidence of an extraterrestrial species on Mars but NASA is attempting to cover it up. 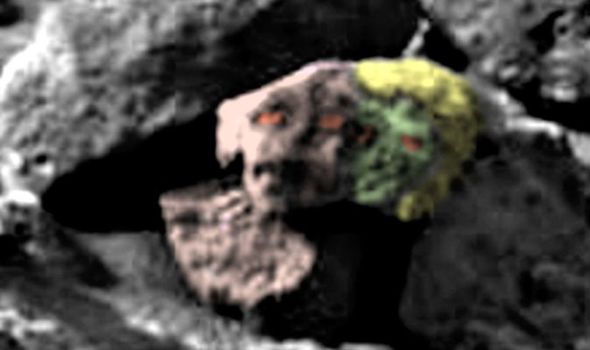 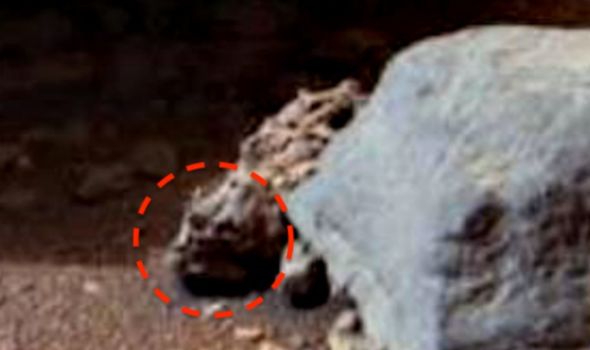 Mr Waring wrote on his blog ET Database: “I found two faces of actual aliens that once lived, breathed and walked on Mars. The fact that the two faces are squished together implies a more heart felt bond most likely there two were male and female – mates.

“They created this statue to allow future generations to remember the love they felt. Or even a gift to show the female how much she means to the male.

“Also there is a four legged creature on Mars. The head looks like a cat sitting up on its hind quarters. Another statue, but it doesn’t look like it is a statue, this one has a smoothness of the skin as if its a living animal.

“I just don’t know what it’s going to take for NASA to admit the truth about life on Mars? Perhaps we no longer need NASA to confirm such things.” 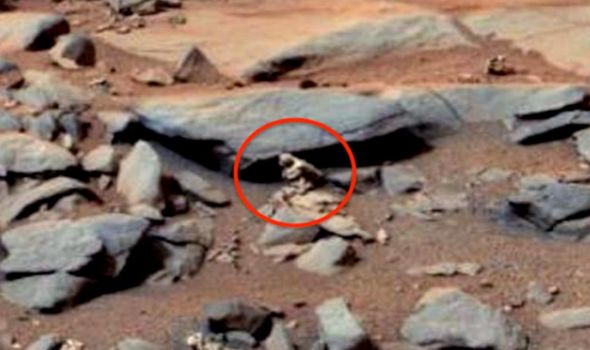 However, sceptics and NASA would say the statues and other similar findings are just the effects of pareidolia – a psychological phenomenon when the brain tricks the eyes into seeing familiar objects or shapes in patterns or textures such as a rock surface.

Another recent finding which supposedly supports the argument of life on Mars was a large black rock which looked like a fossil.

Mr Waring wrote on his blog: “While looking at the front page of the Mars Science Laboratory website, I noticed that they placed a photo with a huge black fossil right on the freaking front page!

“How could anyone who has any experience at ancient fossils and artefacts have even possibly have missed that?

“NASA really doesn’t care about finding life, or proving that life once existed on other planets.

“They only want to drip feed the public boring science facts to satisfy the public’s curiosity. It is called the trickle-down theory and NASA perfected it.

“There is no doubt in my mind that this is an ancient fossil.”