Are you brave enough to take on this massive fixer-upper?

The home is currently on sale for around $500,000, or £400,000, but is in need of a major renovation. Despite its spooky appearance, many parts of the home are indicative of how grand the estate once was.

Here's a look inside this eerie abandoned mansion in the English countryside.

Set in the quaint English countryside, Blackborough House was built in 1838 by George Francis Wyndham, the fourth Earl of Egremont. 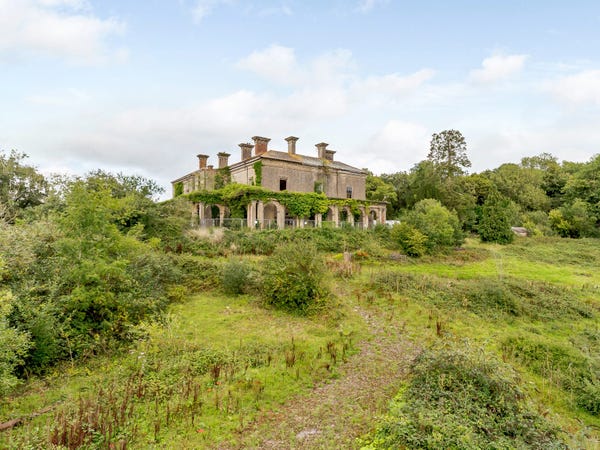 The home has undergone various phases over the years. According to Blackborough House's website, after George Francis Wyndham's death in 1845, the home was converted into a rectory and later a school for children in the local area. In 1913, many of the more opulent features of the house were ripped out and sold.

In 1930, the building was used to house "wayfarers" — homeless young men who didn't have any skills or job prospects — up until the first World War. Then, between 1940 and 1946, Blackborough House was converted into a Quaker training center for war-relief workers. After the war, the home fell into abandonment and was even used as a car scrapyard.

Though the home is now in a crumbling, derelict state, the remaining architecture shows what the once-grand home might have looked like over 100 years ago. 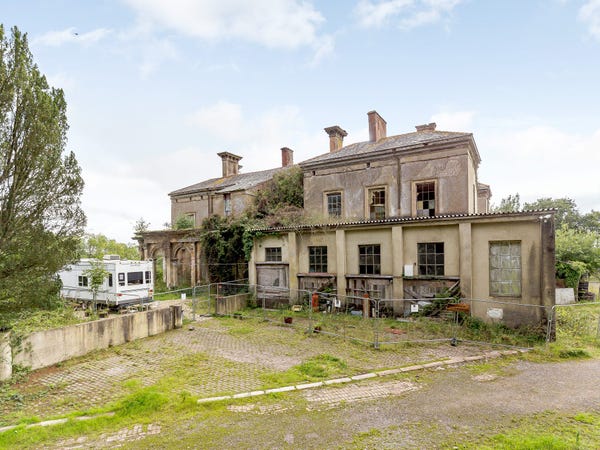 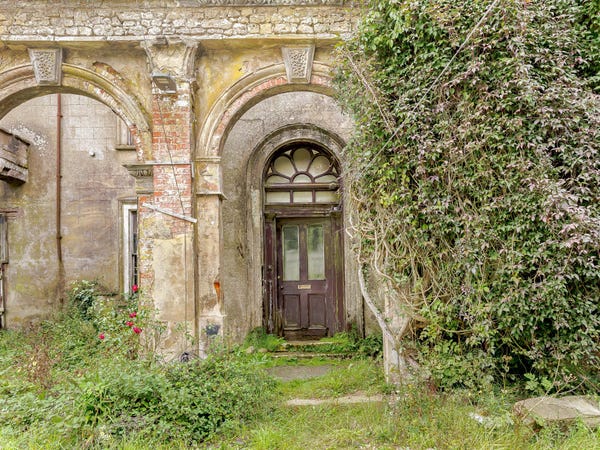 To buy a home of comparable size in London, you would pay much, much more.

The house sits on 10 acres of land. 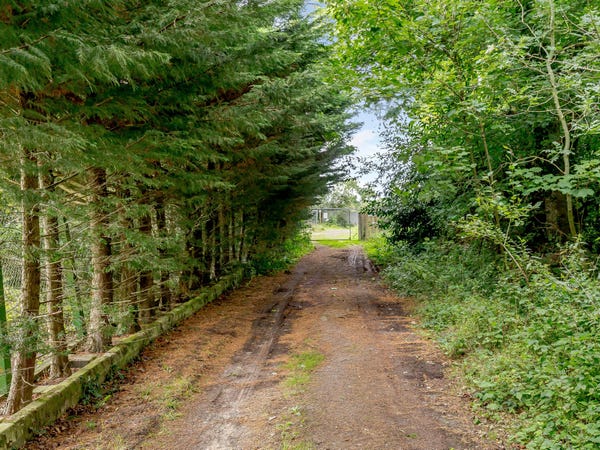 Despite its countryside location, it's close to a train station offering journeys to London Paddington in less than two hours.

However, it is quite an undertaking when it comes to renovation.

Much of the home's exterior has become overgrown over the years. 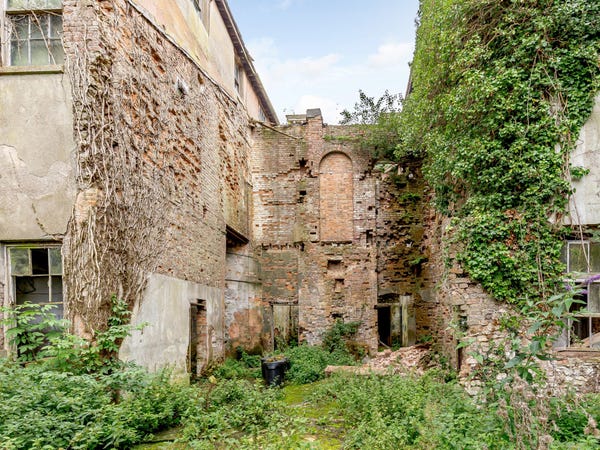 Vines cover much of the exterior, and other parts of the stone and brick walls are crumbling, though they are structurally sound. Two towers that stood nearly seventy feet high have been demolished, but plans are in store for them to be rebuilt.

Despite its abandoned state, the listing at Strutt & Parker describes Blackborough House as one of Devon's finest architectural gems. 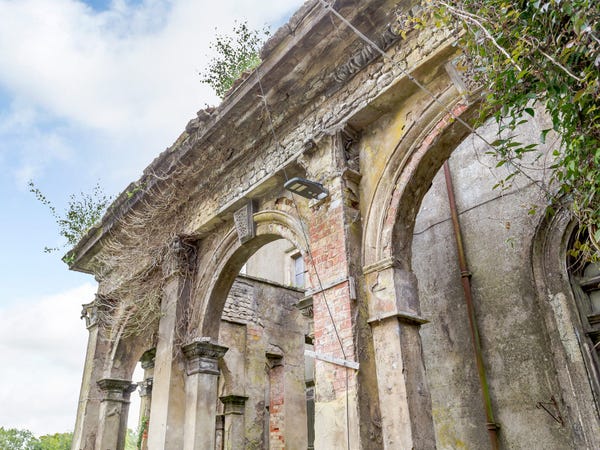 Surrounding the home are winding lanes, trees, and footpaths, and the central courtyard, which is now exposed to the elements, was once a three-story great hall with an enclosed glass dome ceiling.

Inside, the home feels even eerier. 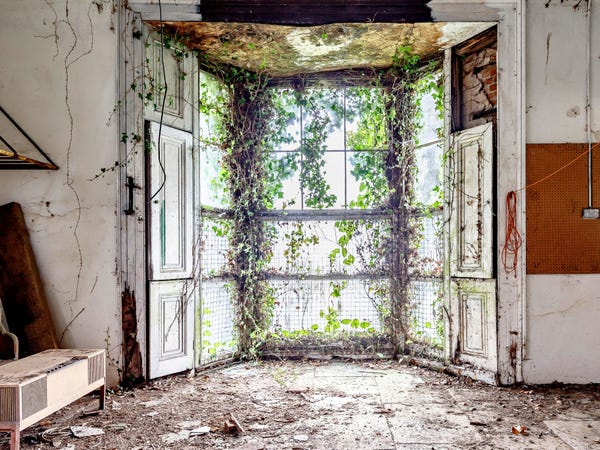 Nature has begun to overtake some of the interior, like these vines which completely encase one of the old windows.

Some remnants of the previous owners' belongings remain, but the space has been largely cleared out. 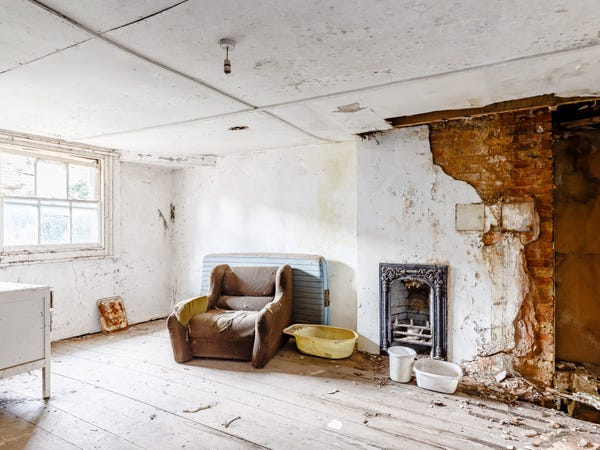 Crumbling walls and furniture that is seemingly frozen in time make for one spooky home tour. However, visitors should beware before attempting to walk through the house on their own.

According to Blackborough House's website, urban explorers are discouraged from visiting the house in person, as it's unsafe.

Some parts of the mansion need less work than others. 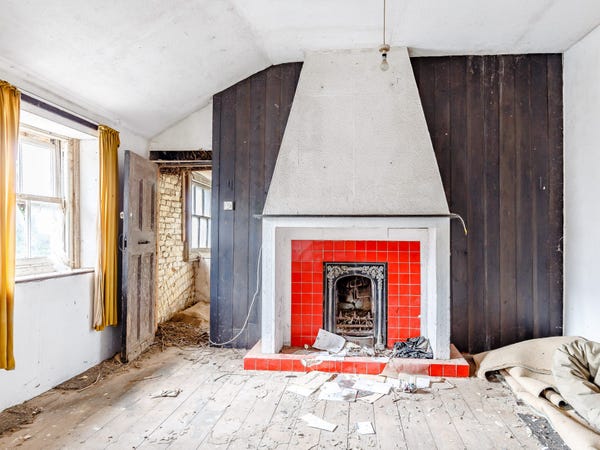 Fireplaces, wood paneling, and hardwood floors make this abandoned home one of a kind. According to Blackborough House's website, many of the period features in the house, including 25 marble fireplaces, were removed years ago.

In some rooms, tables are still set, seemingly ready for dinner. 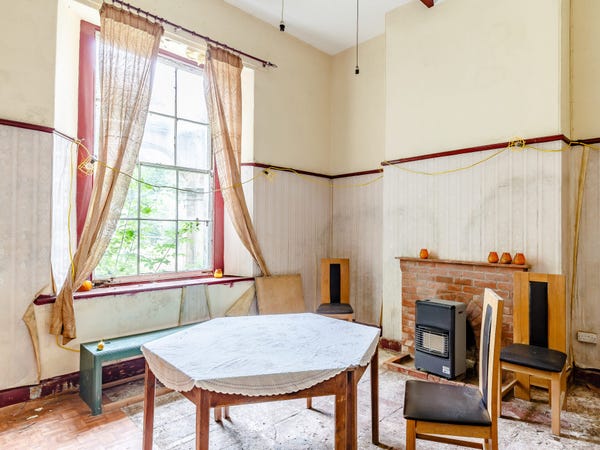 However, the home has not been lived in for decades.

Exposed ceiling beams and crumbling walls are common throughout the home. 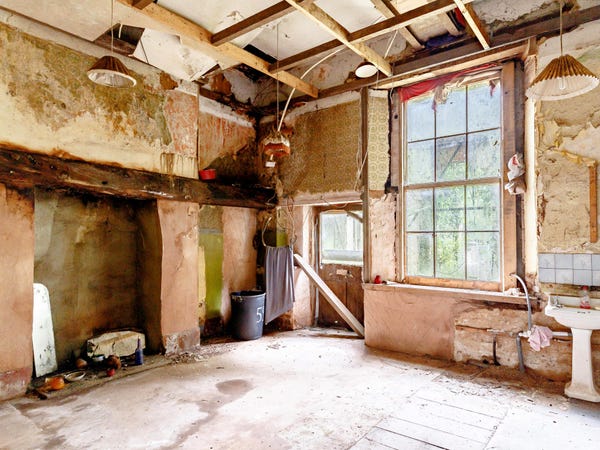 According to Blackborough House's website, the roof needs to be replaced and there is no internal lighting. However, despite its derelict state, you can catch glimpses of how grand the home once was.

In some rooms, art can still be found on the walls. 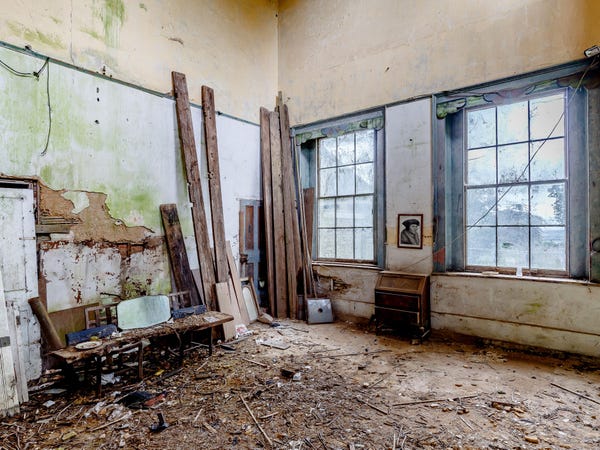 According to the home's website and a local Devon news outlet, potential plans for Blackborough House have included turning it into a luxury hotel and spa, as well as a multi-use venue for weddings and other events.

Other rooms are in need of complete, top-to-bottom renovation. 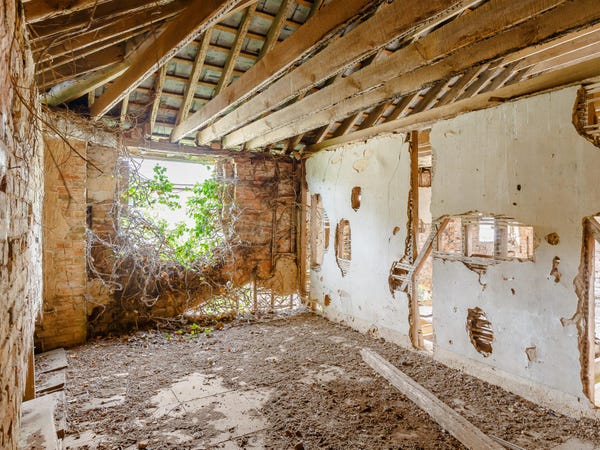 You probably wouldn't want to go exploring in this spooky home in its current state late at night. Blackborough House warns that the only inhabitants of the home as of now are five different species of bats. 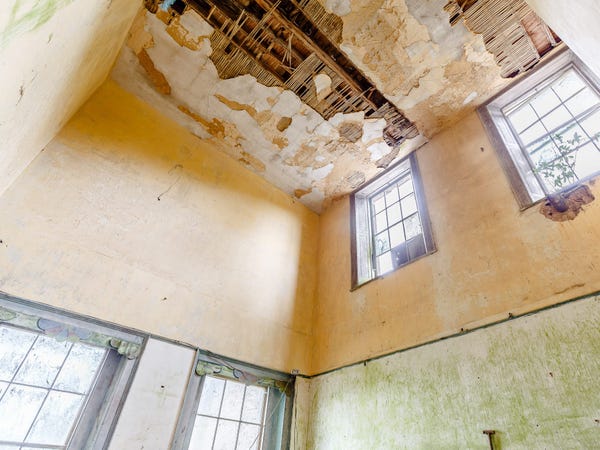 Up until September 25, prospective buyers can place their best and final offers for the chance to renovate this eerie, historic property.