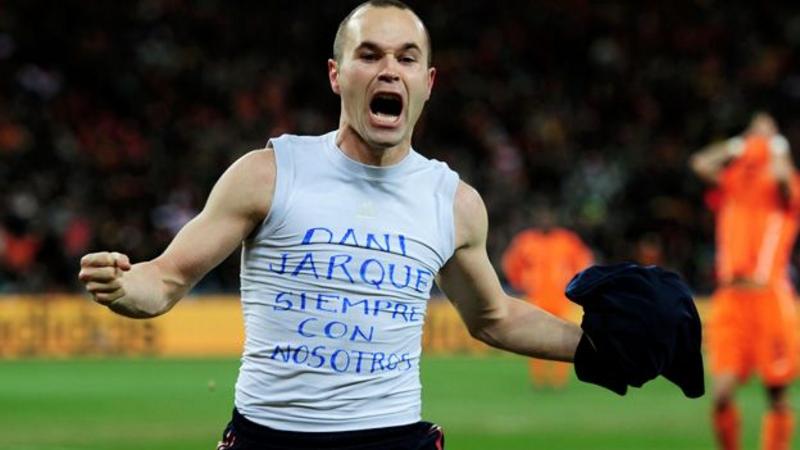 Praise be! We have another football documentary to watch!

At this stage, we’re so football starved that we’d take a fly-on-the-wall doc from the Dog and Duck Sunday league team. Thankfully, we don’t have to resort to that just yet – because there’s a new film coming on 23 April, all about Andres Iniesta.

As well as giving us the chance to look back on Iniesta’s glory days and learn about his background, Andres Iniesta: The Unexpected Hero gives an insight into his family’s new life in Japan, where he now plays with J1 League team Vissel Kobe.

Here are just a few other things we learned from watching…

Iniesta is a bit of a sweetie

The story of how this megastar footballer won over his now wife Ana is quite dorky and cute.

Iniesta’s mates Jordi and Sesi tell the story of how he fell for Ana on holiday in 2007 in Mataro, where she was working as a waitress.

Apparently, he was dead set on getting her number and wouldn’t stop going on about it.

“It was a bit of a drag,” remembers his pal Sesi, rather hilariously. “He called me every day to bother me with it. He had me an hour and a half on the phone, wondering that if he sent her a message, if I thought she’d respond to it.”

We’ve all been there Andres.

The summer they met, Iniesta actually went on tour with Barcelona to Japan. He came back with a gift for Ana.

“Here in Japan, at all the airports, the company or brand you see the most is ANA. It reminded me of her a lot,” he describes.

So, he brought back a model plane and a gushy letter that he’d written and asked Ana to meet him, rather surprisingly, at a petrol station near where she lived in Mataro.

“When I got the gift and read the letter, I can say I fell in love at that moment,” says Ana.

Spanish legend David Villa won two La Liga trophies and the Champions League in his time alongside Iniesta at Barcelona, as well as winning the European Championship for Spain with him in 2008 and the World Cup in 2010.

He retired earlier this year, but, before that, he was playing at the same club in Japan as Iniesta – Vissel Kobe.

In the film, we also learn that he and Iniesta both live in the same block and their kids are very pally together.

“We see each other daily,” says Villa.

In fact, their sons, Paulo Andrea Iniesta Ortiz and Luca Villa Gonzalez, both play on the same football team.

“Of course, we’d both like our kids to be footballers one day, to at least have a shot at it and enjoy giving it a go,” says Iniesta. 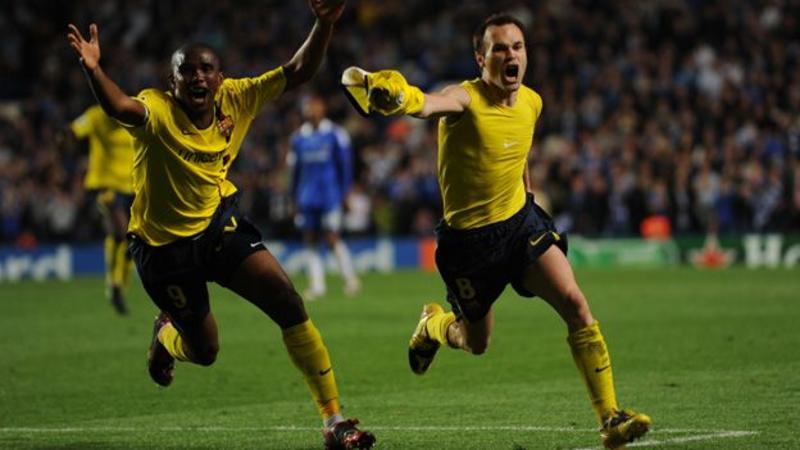 Jesus Montesinos, author of a study into the subject, talks about how an injury-time goal by Initesta against Chelsea in the 2008-09 Champions League semis may have led to a lot of new Spanish babies being born.

Montesinos says: “We looked at births. 11,000 births over five years. We noticed it was stable, except for the month of February 2010, nine months after the ‘May of Cups’, which featured a 16% increase in births.”

For his part, Iniesta says, “I’m glad I could contribute to such important work.”

That goal was one of the most important in his career. Down to 10 men and not playing well, Iniesta’s late strike from the edge of the box took Barcelona through on away goals, into the final later that month, in which they beat Manchester United 2-0.

One person who doesn’t like to be reminded of Iniesta’s strike is then Chelsea keeper Petr Cech.

“Now, whenever there’s a match between Barcelona and Chelsea, they always show that goal on TV as a reminder,” he says, “and every time I see it I’m sad, just like I was in 2009.”

Gerard Pique suggests in the film that some of Iniesta’s team-mates may not have realised the extent of his struggles with depression following the 2009 Champions League final because of his habit of not talking about himself.

“It’s not unusual that after a period of brilliance or intensity, one feels a moment of emptiness,” says Inma Puig, a psychologist to whom Iniesta eventually turned for help.

Torn-muscle injuries in 2009 and 2010 left him sidelined and the death in 2009 of his friend, Dani Jarque, a defender at Espanyol, contributed to his feelings of despair.

It was to Jarque that he famously dedicated his 2010 World Cup-winning goal.

One of Iniesta’s friends describes him staying in bed for hours and hours after training during that difficult time.

Eventually, with the help of his friends, family, team and coach, Iniesta got back to his old self.

“They’re people and this very human thing that befalls millions around the world, they have to know that we’re there for them,” says Pep Guardiola. 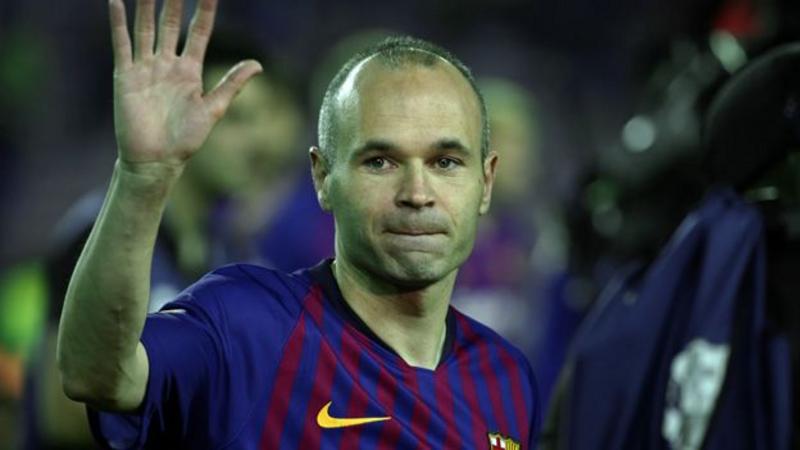 In case it wasn’t already apparent, this film will reinforce the opinion that Iniesta is just one of the good guys.

The list of people turning out to heap praise on him is eye-watering.

“When you lost against him, you couldn’t get upset,” says veteran Italian keeper Gianluigi Buffon, “because he won with such style, that it seemed fair.”

“A very normal person, who perseveres, and that’s why he’s so loved,” adds Lionel Messi.

“You have an image of an idol,” explains Neymar, “and then you speak to him and he’s totally different, you know?”

“I try to treat others the way he’s treated me,” says Barca keeper Marc-Andre ter Stegen.

Well, that’s all quite lovely.