Target on Wednesday said it more than tripled the number of Apple shops in its stores ahead of the critical holiday shopping season even as the company co-founded by the late Steve Jobs battles ongoing supply constraints.

There are now more than 150 Apple shop-in-shop locations at Target stores across the nation, according to the Minneapolis-based department store chain. Target operates nearly 2,000 stores in the U.S.

The Apple at Target shop-in-shops officially debuted at the beginning of 2021.

In addition to adding more Apple stores, Target announced Wednesday that it is dedicating twice the space to Apple products compared to a typical store. The moves are the latest sign the retailer is looking to capitalize on the popularity of iPhones, MacBooks and other Apple products to pull in more shoppers to its big-box locations during the last few months of the year. 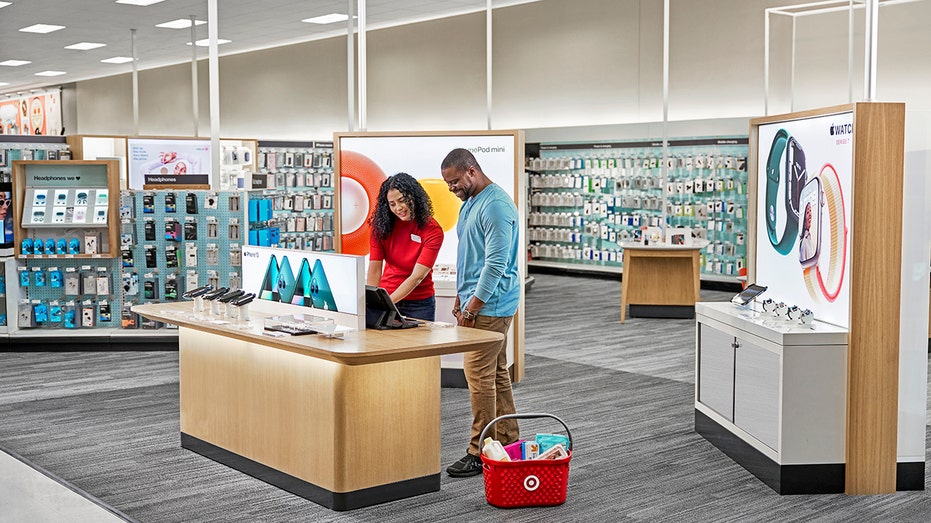 Target more than tripled the number of Apple at Target shop-in-shops. (Target)

Apple is just one of a handful of "retail experiences" Target has created in recent years such as with Disney and Ulta Beauty.

The deepened partnership with Apple comes at a time when the world’s largest technology company has been wrestling with manufacturing headaches and inflation pressures. The company’s supply chain problems have been compounded by pandemic-related shutdowns in Chinese factories.

"Conditions remain highly unfavorable when compared to the years before the pandemic. And we're mindful of the continued risks in the months ahead, including potential slowdowns at the West Coast ports, a reversal of the recent decline in energy costs, and the possibility of additional COVID-19 lockdowns in China," COO John Mulligan said during Target's fiscal second quarter conference call in August.

Target is expecting full-year revenue growth in the low- to mid-single digit range, and an operating margin rate in a range of around 6% in the back half of the year.