The National Archives has been forced to pass around the begging bowl, asking the public for donations in an unprecedented move after the federal budget didn’t contain urgently needed funds.

The keeper of Australia’s memories urgently needs at least $67.7 million to digitise records that are disintegrating or becoming obsolete. However, it only received a minuscule boost to its operating budget of $700,000 and no funding for extra staff last Tuesday. 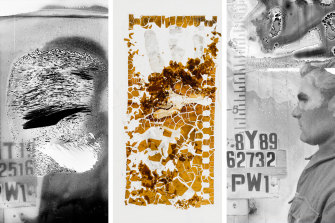 This follows years of funding cuts to the institution which is struggling to protect 384 kilometres of records that are growing rapidly every year.

At the same time, eight other national institutions received a collective $85.4 million extra.

The Archives has turned to crowdsourcing money, taking public donations for the first time via its website.

It has also launched a membership program, asking for $40 a person or $60 a household. So far, the program has 117 members.

“We need Australia’s help to preserve and digitise precious Australian records before they’re lost forever,” an Archives spokeswoman said. “We need at least $67 million to digitise the most at-risk records and we simply don’t have the resources nor the funding.”

Its patron is the Governor-General’s wife, Linda Hurley. She declined to comment on funding decisions but said at the membership program’s launch the Archives played an essential role in Australia’s democracy by keeping its records safe.

“This alone is vital but they do so much more – they keep our stories and connect us with our history,” she said. 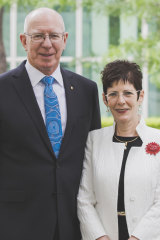 Linda Hurley, the Governor-General’s wife, is the patron of the National Archives’ new membership program.Credit:Jamila Toderas

The Archives is required by law to collect and maintain records of government but time and technological changes are making its task hard.

Records most at risk include tapes of John Curtin’s wartime speeches; Pitcairn Island’s births, deaths and marriages register of the Bounty mutineers and their descendants; and personnel files of RAAF non-commissioned officers from World War II.

Its holdings also include 120,000 hours – more than 13.5 years – of video and audio tape that needs digitising.

The Archives has urged people to contact their federal member about the dire funding situation.

“The clock is ticking as records rapidly deteriorate because they’re on disintegrating paper, film, VHS tape and cassettes,” its plea says.

It has also asked people to volunteer their time to help transcribe records. The Tune review of the Archives last year found just over a third of its collection has been “described” and put online, meaning the public can’t see what is in the vast majority of its 14 million records.

The Australian Society of Archivists, of which the National Archives is an institutional member, says volunteers are good but are no replacement for properly trained professional staff.

“The lack of government funding for the NAA should not be covered by the use of volunteers and philanthropic funding,” the society said in its response to the Tune review released this week.

“It is unthinkable to consider that we will not be able to access records of national importance because the government did not fund the National Archives, but it is a possibility.”

The government has promised to respond to the Tune review before the end of the year.