ARSENAL matchwinner Eddie Nketiah is spreading the love with team-mate Dani Ceballos – after admitting he was furious with the Spaniard last week.

The two Gunners stars got into a shoving match before the 3-0 win over Fulham last week on the opening day of the Premier League season.

But that was all forgotten as Nketiah came off the bench and was set up by Real Madrid loanee Ceballos for the late winner against West Ham. 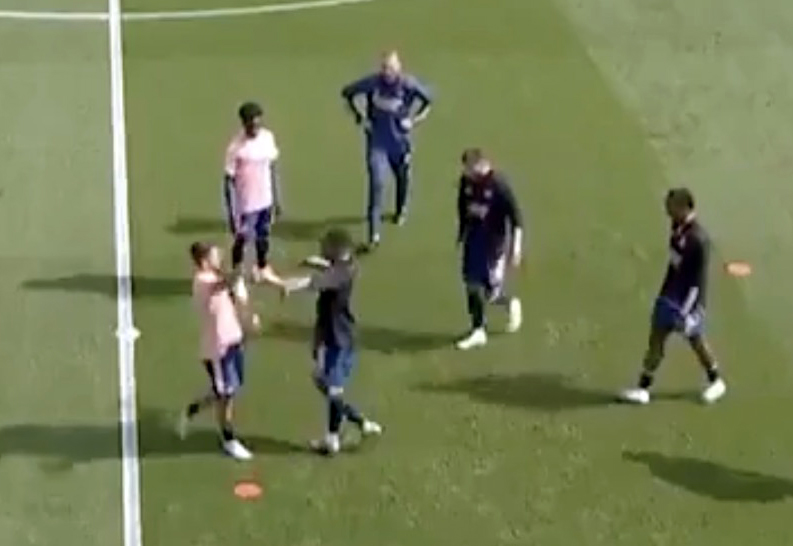 Spaniard Ceballos had earlier posted a photo of the two of them in the week, showing they had put aside their differences.

Nketiah said: "It was a bit of a coming together, I was a bit upset with the challenge he put in, obviously the reaction was there.

"But we made up pretty quickly, apologised quickly and get on with it. That’s what happens in life. ‘It was nice for him to make the assist for me today, so it’s all love now.’

Gunners boss Mikel Arteta had revealed his shock at the pair's spat.

He said: "Well, I was surprised first of all because it isn’t a common thing to see at the start.

"To be fair, I didn’t like too much that image in public, but then I understood what happened and I understood how much both of them wanted to play and their level of frustration they were managing.

"I really liked the way things were resolved, though. First of all between them personally, and then publicly with that picture.

"It was the end of the story and now we can learn from that and move on. If you give me the choice, I don’t want them to kill each other. But it’s okay, it’s not bad."

Arsenal took the lead early on through Alexandre Lacazette, linked with a move away before the window shuts.

But Michail Antonio equalised for the Hammers.

But they were undone late on and rather undeservedly, when Ceballos unselfishly played it to Nketiah and the 21-year-old striker had the easiest of finishes to secure the three points.