A very single Ben Affleck and a maybe-single Jennifer Lopez brought back memories of Bennifer (the original flavor) in a recent profile of the music superstar.

An InStyle magazine cover story, published Monday, rounds up a few of Lopez’s famous exes to share some memories of her, along with several of her high-profile fans and former co-stars, including Michelle Obama, Charlize Theron and Matthew McConaughey.

Conspicuously absent from the profile is the singer’s on-again-off-again fiancé Alex Rodriguez, after the pair’s rumored split and then reconciliation last month.

But Affleck, who was engaged to Lopez for a short time in the early aughts, seemed happy to step in, raving about her work ethic among other, considerably more flirty remarks.

“I was completely humbled and blown away by what she was committed to doing day in and day out, the seriousness in which she took her work, the quiet and dedicated way she went about accomplishing her goals, and then how she would go back and redouble her efforts,” Affleck told InStyle.

He called Lopez “the hardest-working person I’ve come across in this business,” and praised her talent as a performer.

“I’m so happy for her that she seems, at long last, to be getting the credit she deserves,” Affleck added.

In addition to covering the tabloid pages at the time of their much-discussed romance, the two starred together in “Jersey Girl” and, of course, 2003’s critically derided “Gigli.”

But leave it to Affleck, who split from girlfriend Ana de Armas in January, to gush just a little too hard, raising speculation about whether there’s still some heat between the exes.

Commenting on Lopez’s seemingly ageless beauty, Affleck, 48, remarked: “Where are you keeping the fountain of youth? Why do you look the same as you did in 2003 and it kind of looks like I’m in my 40s… at best?”

Lopez, 51, laughed off the compliment, writing in response, “Ben is funny! He still looks pretty good too.” 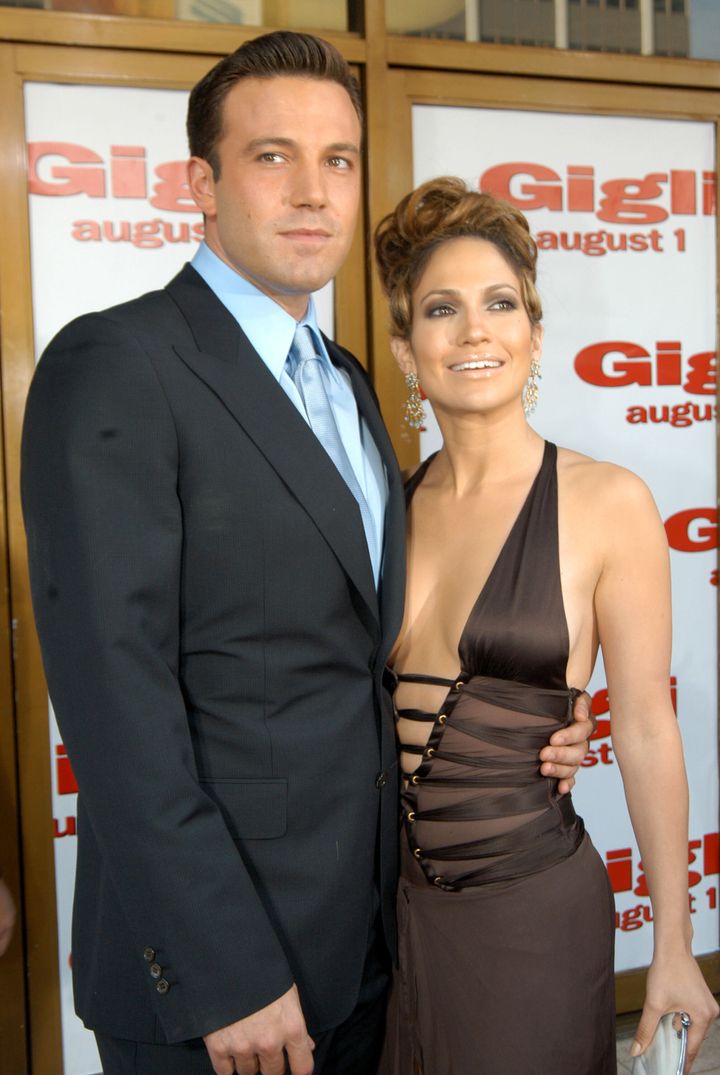 Earlier this year, Affleck candidly reflected on his relationship with Lopez, remarking on the extreme negative attention she received in the press at the time.

“People were so fucking mean about her — sexist, racist. Ugly, vicious shit was written about her in ways that, if you wrote it now, you would literally be fired for saying those things,” Affleck said during an episode of The Hollywood Reporter’s “Awards Chatter” podcast. “Now it’s like, she’s lionized and respected for the work she did, where she came from, what she accomplished.”