This is the best summer for movies in years

Here’s where to buy the best pool floats

After last summer, it’s time to make up for some lost time.

The sun is out, and the city’s markets, bars, restaurants and cultural venues are open for business — and fun. The five boroughs have surged back to life and it’s time to make the most of it.

From awesome aquatic activities and amazing art to delicious food markets and divine rooftops, Post writers share 25 must-do activities for the season ahead. Grab your MetroCard and a towel — or your roller skates or your exercise mat — and get out on the town.

The summer ahead promises to be one like never before.

Lace up and let loose at All Night Skate

Relive those “Saved By the Bell” days at Brooklyn’s only skating rink-themed bar All Night Skate. Opened last August with outdoor seating only, the quirky indoor barroom – featuring an arcade, a balcony with a spiral staircase and a disco soundtrack – is finally open.

Try out cocktails like the “Prom Night” (mezcal, pomegranate, ginger and orange; $12), “The Chaperone” (a rye and liqueur twist on a Manhattan; $12) or the “Rink Royalty” (gin, St. Germain, blood orange and rum; $15), which is served with a flaming sugar cube on a lime boat. Snacks are available via Mama Yoshi, a Japanese-influenced pop-up, accessed through a window next door. Afternoons are chill here and those looking to get down should show up late, when the groovy kids hit the dance floor. Important: Wearing your actual roller skates is encouraged here and earns you a 10 percent discount.

Marinate poolside with a rosé slushie on the new Jimmy rooftop

You can’t beat the view at Jimmy’s 18th floor rooftop in Soho – and we’re not talking about the bikini bods. The clubby cocktail hub is celebrating its 10th year with a fresh new look.

Formerly the crown of the James Hotel, the bar closed last year and was reborn in April as a part of ModernHaus Soho, a remodeled 114-room luxury hotel. Veterans will discover an all-new cocktail menu by mixologist Johnny Swet with hot-weather hits like a watermelon frosé, grilled pineapple mojito, smoked peach margarita and an almost neon, blue raspberry “Baby Shark” slushie – all $19. The pool opened last week and the party is majorly on, so reservations are your keys to the kingdom. Show up for sunset and party until 2 a.m. Thursday through Saturday.

Go rollerskating at the TWA Hotel

It’s wheels down in more ways than one. The TWA Hotel at JFK Airport has opened Roll-A-Rama, a 44-by-56-foot outdoor roller rink parked next to its Connie Cocktail Lounge, a swinging bar within a 1958 Lockheed Constellation plane. Put on a terry headband and some tube socks and glide around the tarmac while listening to retro tunes. Roll-A-Rama is open Fridays from 4 to 8 p.m. and Saturdays and Sundays from noon to 8 p.m. A 50-minute skate session costs $20 for adults and $16 for children under 12; tickets are first come first serve and cannot be purchased in advance. Masks are required and skates are sanitized in between skaters.

Treat yourself to soft serve — and a view

The city has sky-high rooftop bars and eateries to spare, but one of the best spots stands just two stories above ground: Fornino on Pier 6 in Brooklyn Bridge Park. The simple wooden structure’s low-rise roof with room for 175 party animals (open from noon, weather permitting) has thrilled pizza and sweets lovers for seven years. But the main event is the astounding, unobstructed vista of New York Harbor, Lower Manhattan and the Brooklyn Bridge. Owner Michael Ayoub’s Neapolitan-style pizzas, known for decadent toppings and perfect crusts, are wood-fired in rooftop ovens. There are also antipasti, sandwiches, salads and even a hot dog. But the desserts are delightful: Blue Marble soft serve ice cream, a chocolate babka ice-cream sandwich and Mexican-style popsicles in flavors such as pink limeade and Oaxacan chocolate.

See “In The Heights” in IMAX

Sure, you could watch Lin-Manuel Miranda’s earthshakingly fun new movie-musical on HBO Max starting June 11 if you wanted to, but why order pot roast when you could gorge on prime rib instead? The film is dazzling and colorful, and packed with gigantic dance numbers worthy of the biggest screen you can experience them on. In New York, that is the IMAX theater at the AMC Lincoln Square, the Godzilla of auditoriums.

Plan your next trip with a travel-inspired cocktail at Mace

Mace, which had been named one of the world’s 50 best bars three years in a row, is back from pandemic purgatory this week with a new location in Greenwich Village, new chef and most importantly fresh cocktails. Opened in 2015 in an East Village hole-in-the-wall by mixologist Nico de Soto, Mace boasts a gleaming 27-foot zinc bar and seating for 80. In its latest incarnation, it hopes to send travel-starved locals on a round-the-world journey, with a new peripatetic cocktail menu. Start in Miami with a “Wasabi + Cilantro,” Nico’s version of a Miami Vice ($19), then head south of the border to Peru with a “Black Sesame,” featuring date-infused rye, chaga mushroom, lacto-fermented mushroom and black sesame ($18). End in Indonesia with a “Soy,” a cocktail inspired by a Gado-gado salad with spicy peanut sauce ($17). Alternative itineraries include West Africa, the Philippines, Iran and France. While you’re on the road, nab a seafood platter by chef Cyed Adraincem. Six oysters, six clams plus cod ceviche will only set you back $35. You might not be able to globe-trot yet but this is the next best thing.

Bliss out with Brandi Carlile in Forest Hills

If you’ve ever seen this singer-songwriter live, you know just what a force of nature she can be be. And the old-school country-club charm of Forest Hills Stadium — formerly the site of the US Open tennis tournament, way back when all-time greats Chris Evert and Jimmy Connors first won it — will be the pitch-perfect setting for her Americana-accented tunes on July 23, with tickets ranging from $29 to $571.

Spend all day in Central Park and see “Merry Wives”

More than likely, the classic New York experience of lining up for hours on end to get totally free Shakespeare in the Park tickets is done for now — replaced by a digital lottery system the Public Theater was already partially using. But that doesn’t mean you should roll up to the Delacorte Theater for the comedy “Merry Wives” (July 5 – Aug. 29) at 7:59 p.m. Part of the old experience was being sweaty, tired and meeting new weird pals in line. Make a day of it.

Check out opera — even if you have a short attention span

Last summer, while outdoor dining and drive-in movies were all the rage, live performance was still a no-go zone. This year, however, audiences have the chance to watch world-class artists from a lawn chair… for less than two hours!

Nosh on fantastic tacos by the river

Today’s classy Pier 17 is a far cry from the tacky tourist trap of a few years ago. And the food is oceans better as well. Jean-Georges Vongerichten’s marvelous seafood menu at The Fulton adds pleasure to open-air views of the East River, downtown Brooklyn and the Brooklyn Bridge. My favorite current dish is a crispy fish taco ($19) — made with Icelandic cod — with chipotle mayo and spicy slaw, best enjoyed on the breezy outdoor deck.

Let somebody touch your face (finally!)

It’s time to have a facialist tackle what’s been lurking under that mask! Splurge at aesthetician Taylor Worden’s downtown “skin speakeasy” — tucked away across from the old police headquarters on Centre Street — with an 80-minute “Taylormade” facial ($400). The luxe treatment includes extractions, high-tech sculpting with lymphatic drainage gadgets and massage, the latter of which Worden is known for. “Your hands are the best machine that you could ever use on someone’s face,” she says.

Down a double-decker seafood slider

Clam-and-lobster sliders have been among the The Clam’s best sellers since it opened in the West Village five years ago. And it’s easy to see – and taste – why. This might be one of the few places to combine the two shellfish favorites in a single, jaw-stretching sandwich.

Chef/owner Mike Price uses Massachusetts clams that are buttermilk-soaked and fried and pairs them with Maine lobster seasoned with mayo, lemon juice, herbs and spicy sambal for extra spark. They’re stacked like layers of an ice-cream sundae on a brioche bun (but it’s such a mouthful that you’ll likely need knife and fork). They’re $14 each or $35 for two with old bay fries and coleslaw.

Sample the world’s variety on our liveliest restaurant row

Feast on Asian delights at the Queens Night Market

COVID-19 shut down the popular Queens Night Market — a food festival that has served up fare from more than 90 countries since launching in 2015. Now it’s making a comeback. The weekly market will return to Flushing Meadows Corona Park on June 19, at reduced capacity. Visitors will be able to sample an exciting array of delicious delicacies — from Filipino balut (a boiled, fertilized duck egg) to Afghan mantu dumplings to Taiwanese popcorn chicken.

While many of the offerings come from Asian countries, they also span the globe. Don’t miss the stuffed sambuxa pastries from Sudan or Portuguese pastéis de nata — irresistible egg-custard tarts. Attendance will be timed and ticketed, and the $5 ticket to entry should be purchased in advance. (Children under 12 can get in free.) The markets will last from 4 p.m. to midnight on Saturdays, and attendees will be required to wear masks when not eating and drinking.

Head across the Hudson for outdoor art 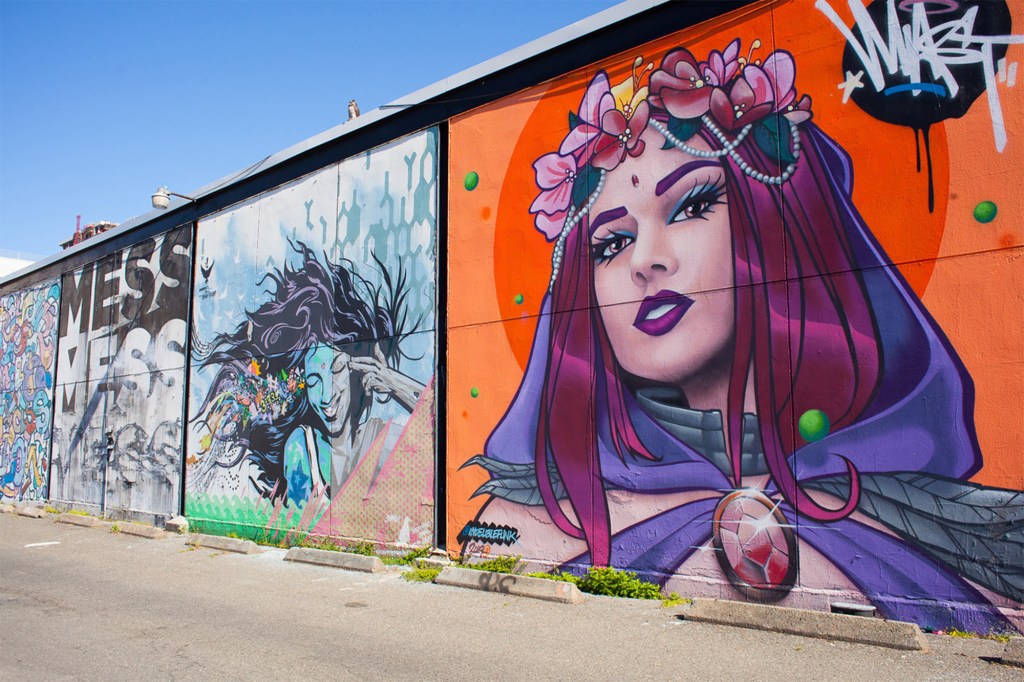 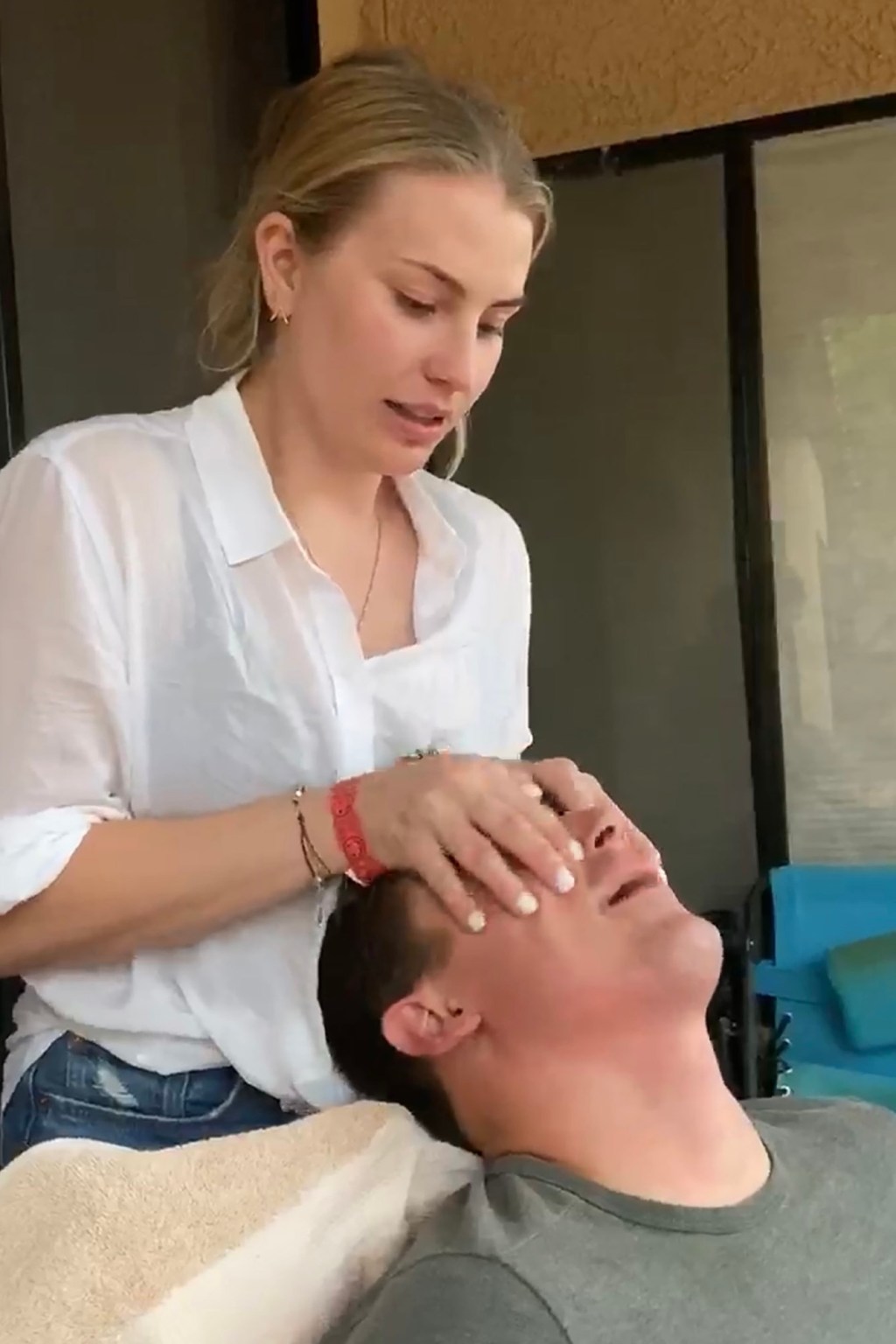 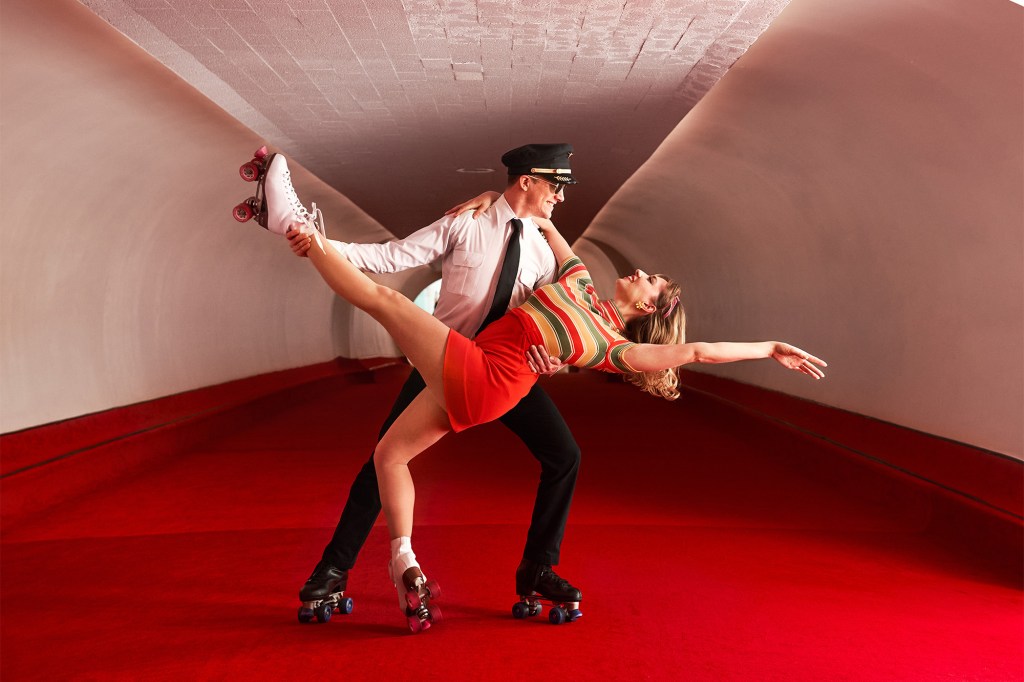 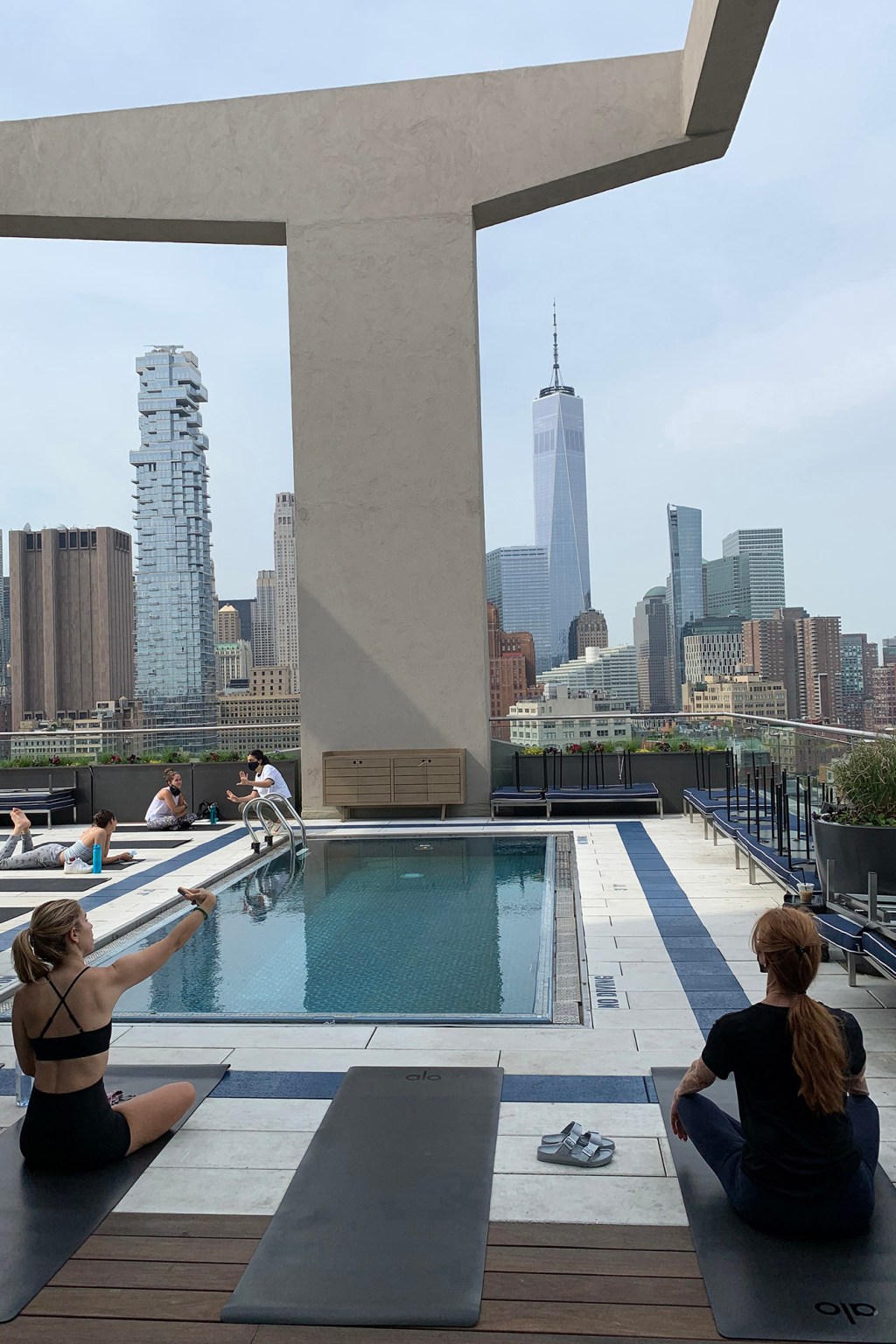 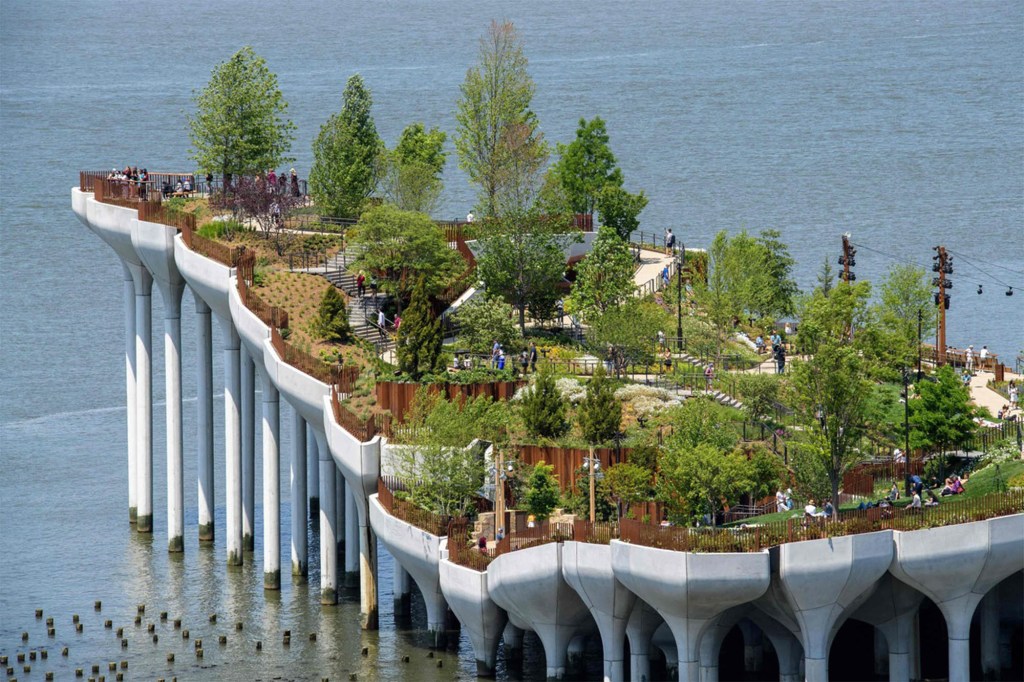 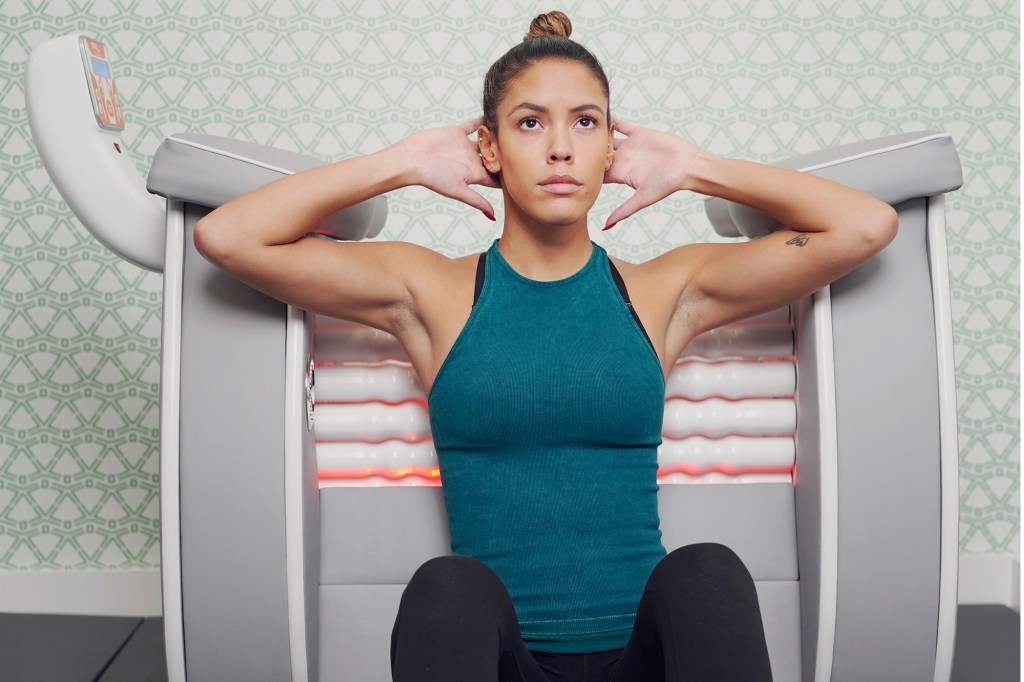