Billy Bragg, Lucy Dacus and more will participate in a series of conversation with labor leaders around the country to raise awareness for the Protecting the Right to Organize Act.

The series, which is being hosted by the Working Families Party, will kick off tomorrow, May 1st, which is also International Workers Day. At 3 p.m. ET, Bragg will chat with Sara Stefens of the Communication Workers of America, while at 7 p.m. ET, Boston-based singer-songwriter Anjimile will speak with Darlene Lombos of the Greater Boston Labor Council. 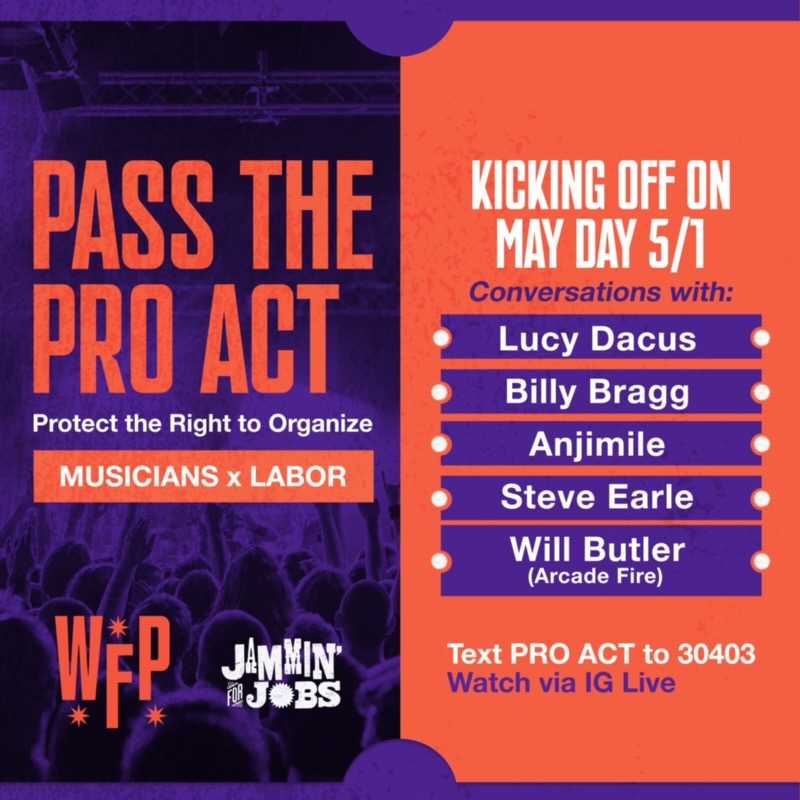 All conversations will air on the WFP’s Instagram page. A full schedule has yet to be announced (it will eventually go up on the WFP Instagram, too), though other conversation participants include Dacus, Steve Earle and Arcade Fire’s Will Butler. The series will also feature several “Jammin’ for Jobs” performances from Aloe Blacc, Toshi Reagon, Thursday, Kyp Malone, Anti Flag and more.

Flashback: Lucy Dacus Performs 'Map on a Wall' on a Virginia Rooftop in 2014

The Best Audiophile Turntables for Your Home Audio System

Black Sabbath on the Making of 'Vol. 4': 'It Was Absolute Pandemonium'

The PRO Act is a massive piece of labor reform legislation that would strengthen collective bargaining rights, create penalties for corporations that violate workers’ rights, let unions override restrictive “right to work” laws and establish protections around union elections. While the legislation passed the House in March and has the support of President Joe Biden, it would need 60 votes to pass the Senate, where Republicans remain generally opposed to it.

“The fight to pass the PRO Act isn’t a political issue, it’s an issue of dignity and fairness for the people who spent the last year risking their lives to keep the rest of us safe,” Maurice Mitchell, National Director of the Working Families Party, said in a statement. “The PRO Act sets a new standard of dignity and fairness in the workplace, and helps essential workers meet their basic needs on and off the job — from improving benefits, to protecting women and undocumented workers from abuse at work, to making sure workers can use the bathroom when they need to. Workers are caring for us like never before, and it’s time Congress started caring for them.”