Australia’s women’s basketball team will go back to the future at the Tokyo Olympics when they sport a green and gold bodysuit, a uniform they feel is their version of cricket’s famous baggy green.

The World No.2 Opals’ playing group drove the return of the bodysuit, first worn when the team won Australian basketball’s first Olympic medal (bronze) at Atlanta in 1996, after jerseys and shorts were worn at the past two Games in London (2012) and Rio (2016).

Following the 2008 Beijing Games, players lobbied to ditch the one-piece suit opting for a less-fitted uniform of singlets and shorts, which came into play the next year. 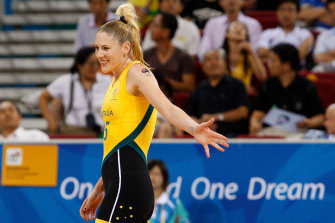 The guard says Australia will only wear the bodysuit every four years at major international tournaments including the Olympics and next year’s FIBA Women’s World Cup in Sydney.

“For a lot of our group we grew up watching the Opals play at the pinnacle of basketball and the bodysuit often went hand-in-hand with that.

“The analogy of the baggy green really works, while it’s a piece of clothing it represents so much more than that and the successful history of the Opals, which we all grew up idolising,” she said. 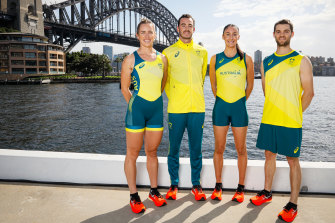 “It was a big push from us as a playing group to get back to that, continue the legacy and inspire little girls to wear bodysuit at a world championships or Olympics and join an illustrious group of Opals.

“I’ve had a lot of positive feedback on it and the girls are really excited.“

Ebzery has fond childhood memories of watching her basketball idols play in the bodysuit on the international stage.

“I can still see Annie La Fleur, Belinda Snell and Trish Fallon wearing the Opals bodysuit. The Sydney Flames were NSW’s WNBL team and I can still vividly remember those players representing Australia,” she said. 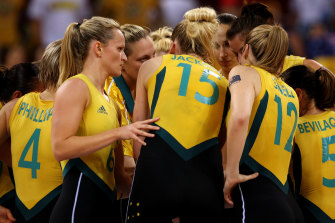 “If you ask any of our current playing group, I think they’d all have a big moment or player they can recall wearing the Australian bodysuit.“

Star centre Liz Cambage posted on Instagram: “I’ve been fighting for the return of the bodysuit for the past 8 years you are welcome.“

Former Australian captain Robyn Maher, who led the Opals in Atlanta, said bodysuits were worn for years in the WNBL before they were introduced as national uniform at FIBA competition in 1994.

“I’m really happy the Opals are back wearing them, I think they look great,” she said.

“It’s a very athletic style and it was a big thing internationally at the time, everyone was like ‘what are you wearing?!’ especially the Americans.

“There’s a lot of good things about tradition.

“As long as the players are comfortable and feel good in them, I know as players we all did and we liked them, I’m all for it.”