No prime minister wants to be remembered for leaving a sea of vomit and red wine stains on the walls of the official residence. According to a British political strategist, this might have been Boris Johnson’s most offensive act for many Tories, in what was a particularly colourful personal and political life. Not only did the prime minister and his staffers choose to party at Downing Street while the nation was locked down, they couldn’t be bothered to clean up the mess.

But conservative politicians in Australia who are serious about winning elections will be looking beyond the shenanigans that went on at Number 10 Downing Street during COVID.

For them Boris Johnson’s real political legacy will be the secret sauce that showed how conservatives can win seats in the Labour (or in our case, Labor) heartland.

When Johnson went to the polls in 2019 he faced the real prospect of being Britain’s shortest-serving prime minister in two centuries. Instead, he achieved the largest Tory margin since Margaret Thatcher, leaving Labour with the worst result since the 1930s.

The victory gave him the political mandate to get Brexit done.

So how did he do it? 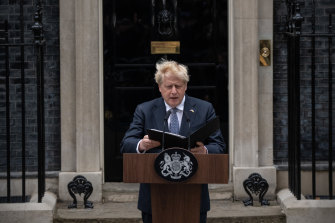 He broke down the so-called Red Wall, winning seats that Labour had held for nearly a century. The Red Wall was Labour’s heartland – working-class seats in the North, Midlands and North East Wales. Some of them hadn’t had a Tory MP since universal suffrage was introduced.

Though Labour’s vote had been falling in many of them since the high watermark of 1997, the Tories had been unable to break through.

That changed in 2019, when Johnson smashed the Red Wall.

At that election, even Blair’s former constituency of Sedgefield, held by Labor since 1935, went blue.

You can almost hear Liberal politicians around the country licking their lips.

So how did the Tories win over these voters?

Obviously, Brexit had a lot to do with it – these seats leaned, often heavily, towards Leave. This was unsurprising, as from the ’90s working class and non-graduate voters in Britain had become increasingly disenchanted with mass immigration and EU membership, policies with which Labour was associated. 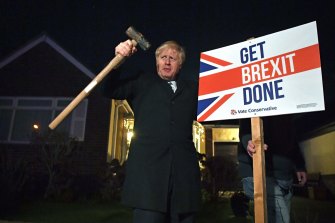 But this was true, too, in 2017 when Theresa May tried to capitalise on Brexit at the election that Jeremy Corbyn came very close to winning.

The Red Wall held then.

How did Johnson finally get them over the line two years later?

A lot of it was the sheer force of Boris.

We are so accustomed to politicians who are mechanically smooth. It is easy to tune out when you know you’re about to receive another dose of political spin. Erratic and boisterous, Johnson, like Trump, made voters listen.

It would seem a conventional party leader won’t cut it if you are going to win over heartland Labo(u)r voters for the first time. A charismatic, out-of-the-box leader is a vital ingredient.

Yet it wasn’t just Johnson, but what he promised. Post-Brexit conservatism offered policies to appeal to the blue-collar, non-graduate, less urban voter. Which is odd when you remember Johnson is an Eton and Oxford man.

People who voted Conservative for the first time were promised levelling-up – that their lives would substantially improve and they would no longer be left behind.

After decades of perceived neglect, the hunger for that among voters behind the Red Wall was real.

In 2007, I worked for the Conservative candidate in Wakefield, a seat in West Yorkshire. The coal mines around Wakefield were among the first in Yorkshire closed under Thatcher. The economy had also been hit by closures in manufacturing, leading to high rates of unemployment. It had been held by Labor since the 1930s. Historically, the Tories had been toxic.

Though there were signs that was changing – the local council had a Tory majority – it was still seen as a solid Labour seat.

With Johnson at the Conservative helm, Wakefield turned blue in 2019.

But it didn’t stay that way.

Last month in a by-election, prompted by the conviction of the Tory MP for sex offences, Labour won Wakefield.

Which is perhaps an even more important lesson for the Liberals. Keeping these seats may be a harder job than winning them.

Red Wall Conservative MPs are reportedly worried their voters are growing frustrated about the failure to deliver the promised “levelling up” – from the sluggish pace of building promised infrastructure to rising cost-of-living pressures.

Some of this can be blamed on COVID and the war in Ukraine. But it didn’t help that Johnson failed to turn up to a Red Wall conference last month organised to discuss these very issues (admittedly so he could make a last-minute trip to Kyiv).

For conservatives, of course, the first challenge is winning in the Labo(u)r heartland. But perhaps the greater one is holding it.