Single mum who admits she ‘puts herself’ before her son, 10, is slammed for being ‘lazy’ and treating him like a ‘servant’ – after revealing he brings her tea in bed and takes photos of her for Instagram on Britain’s Best Parent

A single mum who admits she ‘puts herself’ before her 10-year-old son has been slammed by Britain’s Best Parents viewers as ‘lazy’ and for treating him like a ‘servant.’

In last night’s episode of the Channel 4 show, Hannah, from Buckinghamshire, who sees her and son Jack, 10, as her ‘best friend,’ explained her controversial ‘parent-centric’ approach.

‘I put myself first,’ she said. ‘Jack fits into my life and he fits in so beautifully. When I’m happy, my child is happy.

‘If I’m doing well in work, he’s getting better things. If I don’t put myself first and I’m not happy then how can I be the best parent that I can be?’

And it wasn’t long before viewers took to Twitter to slam the shocking revelation – adding that she treats him more like a ‘servant.’ 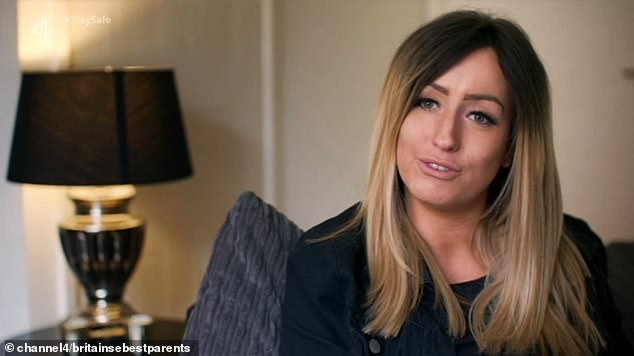 Hannah, from Buckinghamshire, explained that her controversial ‘parent-centric’ approach means ‘putting herself’ before her son Jack, 10, in last night’s episode of Channel 4’s Britain’s Best Parent 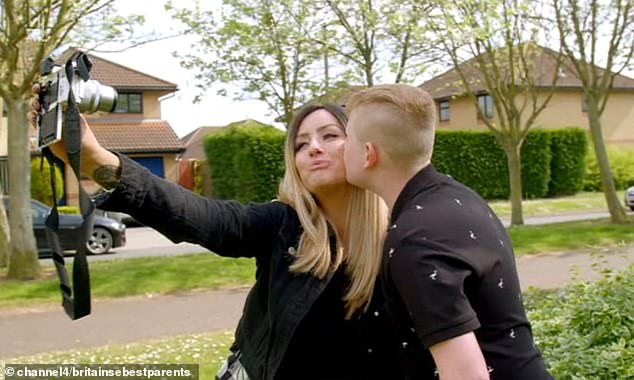 ‘Parent-centric = Bring yourself up, I’m knackered and life is all about me, really,’ raged one, while a second wrote: ‘Hannah’s kid seems so kind aww ur not a servant child.’

A third added: ‘Hannah defo had a kid just to make her bacon sandwiches, cups of tea and do her shopping. He does seem like a good kid though,’ while a fourth penned: ‘Hannah seems like having a child is a chore and just gave up years ago.’

During the episode, Jack could be seen holding a camera and acting as his mother’s personal photographer in a bid to capture the perfect shot for her Instagram.

Hannah, whose son also wakes her up in the morning with a cup of tea, admitted she takes him to the pub twice a week so she can spend time with her friends – but insisted it helps him become ‘independent and sociable’. 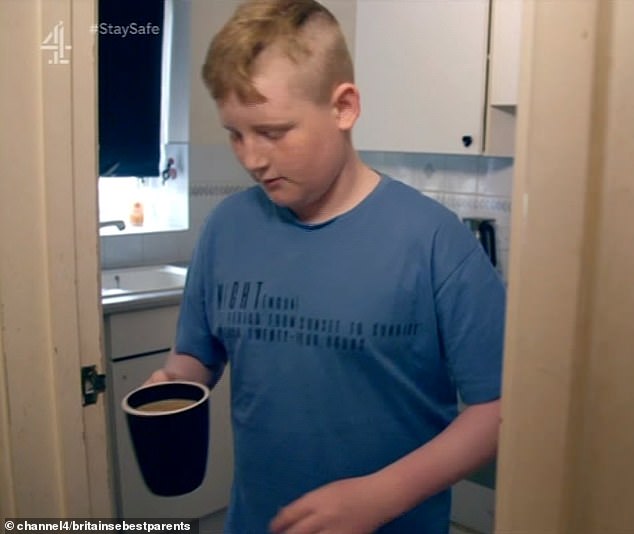 Speaking of his mum during the show, Jack (pictured) admitted: ‘If she needs a coffee or something, I’ll make it for her. Anything she needs that I could possibly do, I will do’

One viewer who tuned in wrote: ‘Hannah defo had a kid just to make her bacon sandwiches, cups of tea and do her shopping. He does seem like a good kid though’ (pictured)

Jack, who admitted spending quality time with his mum involved ‘going somewhere that’s good for Instagram photos,’ added: ‘If she needs a coffee or something, I’ll make it for her. Anything she needs that I could possibly do, I will do.’

And those who tuned in didn’t hold back when it came to expressing their views on social media.

‘#Britainsbestparent….. is definitely not Hannah. Getting him to make you a cuppa and taking him to the pub isn’t parent centric, it’s just carrying on as if you don’t have a kid!’ wrote one.

A second agreed: ‘Independent parenting #Britainsbestparent or in another word LAZY….#parentcentric.’