This year’s British Grand Prix will take place without fans if it goes ahead after Silverstone’s owners said that a race ‘under normal conditions is just not going to be possible’ because of coronavirus.

Organisers have not yet postponed or cancelled the July 19 event – even though the French Grand Prix today became the 10th race of the season to be axed – and Silverstone managing director Stuart Pringle’s letter to fans who have already bought tickets paves the way for a behind closed doors race.

‘I am extremely disappointed to tell you that we are unable to stage this year’s British Grand Prix in front of the fans at Silverstone,’ Pringle wrote in a message published on Silverstone’s Twitter account. 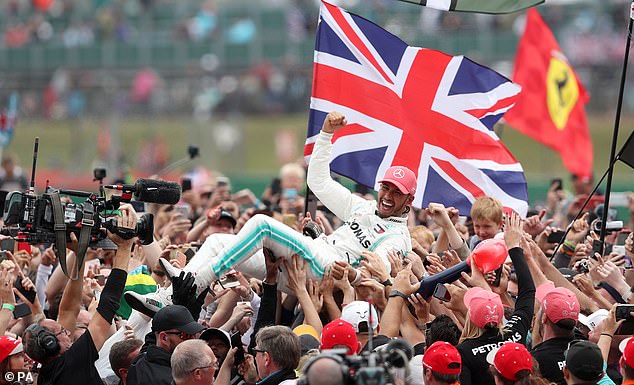 Pringle continued: ‘We have left this difficult decision for as long as possible, but it is abundantly clear given the current conditions in the country and the Government requirements in place now and for the foreseeable future, that a grand prix under normal conditions is just not going to be possible.

‘Our obligations to protect the health and safety of everyone involved in preparing and delivering the event, our volunteer marshals and race makers, and of course, you, the amazing fans, means that this is the best, safest and only decision we could make.

‘We have consistently said that should we find ourselves in this position we will support Formula One as they seek to find alternative ways to enable F1 racing to take place this year. 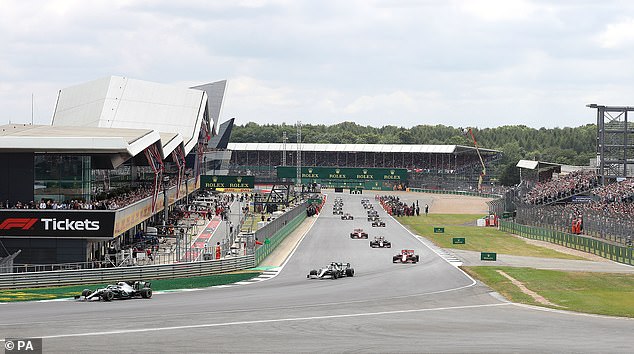 ‘Following this weekend’s news from the department for Digital, Culture, Media and Sport we are now working with them on the viability of an event behind closed doors.

‘Should this be possible, it will be of some small comfort for you to know that the 2020 Formula One Pirelli British Grand Prix will be available to watch live on Sky and Channel 4.’

Pringle has previously intimated that he would be happy for Silverstone to host two races in a bid to kick-start the Formula One season.

Speaking to the Guardian, he said: ‘We have been asked could we hold a race or two and could they be behind closed doors.

‘The answer is absolutely, we are open to looking into anything and everything. 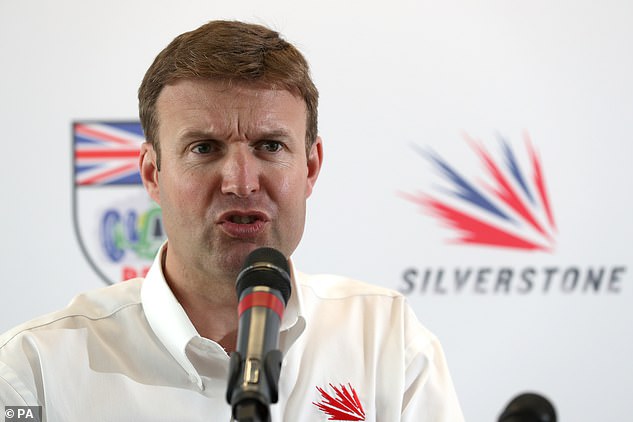 ‘I have complete confidence in our ability to put on these events. We have a lot of experience, a lot of knowledge, we can turn that on definitely.’

Meanwhile, the French Grand Prix, due to take place on June 28, has been called off, Formula One has announced.

It is the 10th race of the 2020 calendar to be cancelled to date. It follows the Australian, Bahrain, Vietnamese, Chinese, Dutch, Spanish, Monaco, Azerbaijan and Canadian Grands Prix all being pulled.

‘The eyes of the GIP Grand Prix de France – Le Castellet are already turning towards the summer of 2021 in order to offer our spectators an even more unprecedented event at the heart of the Region Sud.’

Chase Carey, chairman and chief executive officer of F1, added: ‘We have been in close contact with the French promoter during this evolving situation and while it is disappointing for our fans and the F1 community that the French Grand Prix will not take place we fully support the decision taken by the French authorities in France and look forward to being back at Paul Ricard soon.’ 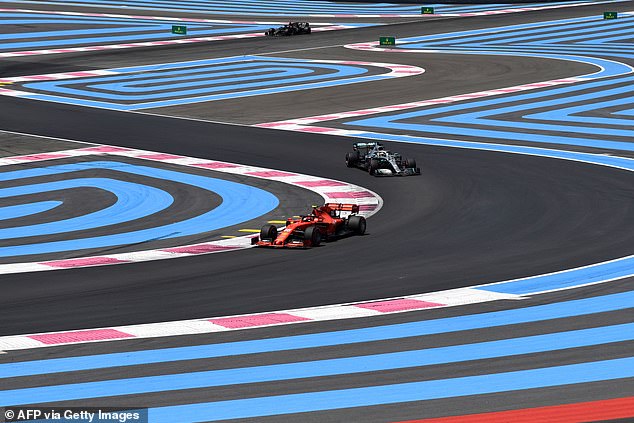