TikTok star Charli D'Amelio revealed her struggle with an eating disorder in a statement encouraging her followers to seek help if they need it. 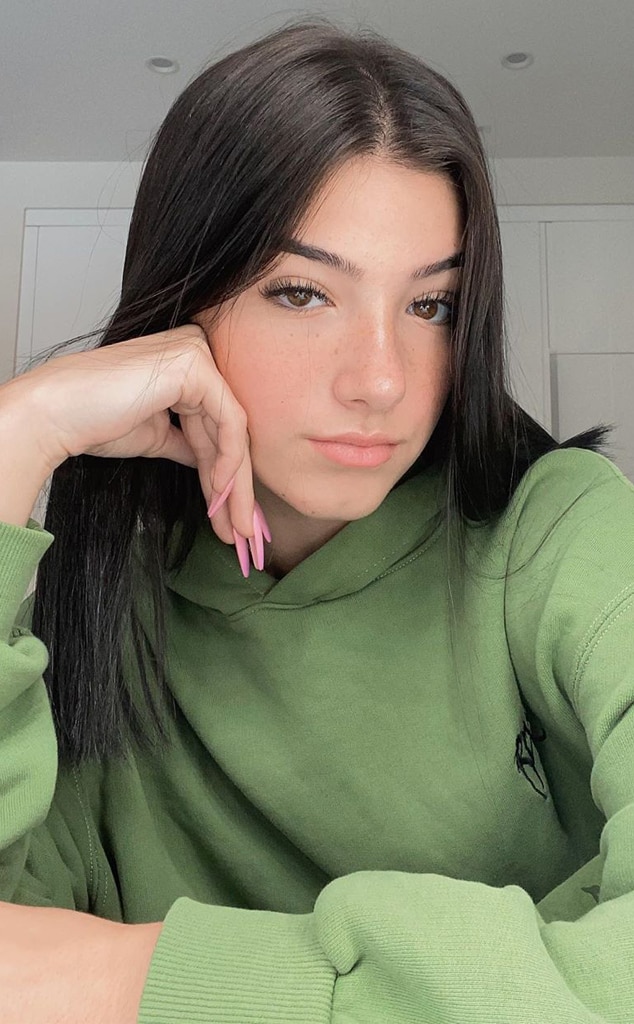 Charli D'Amelio revealed her private battle with an eating disorder in the hopes of encouraging others to get the help they need.

On her Instagram Story, the 16-year-old wrote, "I've always tried to use my voice when it comes to issues surrounding body image, but I've never talked about my own struggles with eating disorders. It's so uncomfortable to admit to even your closest friends and family, let alone the world."

The teen said she has "hope that by sharing this I can help someone else," and included a link to resources for those seeking guidance.

"I know eating disorders are something that so many other people are also battling behind closed doors," Charli continued.

In addition, the TikTok dancer apologized to those she "unintentionally" hurt by including the song "Prom Queen" by Beach Bunny in a now-deleted TikTok. The song includes lyrics like "Shut up, count your calories" and "Wish I, was like you, blue-eyed blondie, perfect body."

Charli explained that she created the video without realizing the "lyrics could have triggered" viewers. "I deeply and truly apologize and I hope you know that I never intended to cause you harm," she said.

Kris Jenner on Why the Family Decided to End KUWTK

Miley Cyrus Strips Down for Her Sexiest Selfies Yet

Charli continued, "For anyone struggling with this, I know some days can be worse than others, but I really hope you'll swipe up and get help if you need it. I need you to know you are not alone. Remember it's ok to reach out and get help. We all need help sometimes."

The song Charli used previously came under fire for its perceived message a year ago. But the singer explained in a pinned comment on YouTube that the song "is in no way meant to glamorize, encourage, or promote eating disorders, body hatred, or body shaming in any form."

"The lyrics are a criticism on modern beauty standards and the harmful effects beauty standards can have on people—I wrote this song from a female's perspective as I myself have dealt with insecurities and done unhealthy things in my past to live up to the American beauty standard—but this song is meant for everyone," they continued. "You are worthy of love, you are beautiful just the way you are, and beauty is a social construct—please don't harm your health or well being to live up to these invented expectations, it is not worth risking your life over. You are already a Prom Queen, you are already enough."

Since quickly becoming a star thanks to TikTok, Charli has had to adjust to the pitfalls of fame, including cyberbullying.

In April, the teen took to Twitter to demand that people "stop talking" about her body. "it's not your place to tell me if i'm losing weight or gaining weight," she wrote."why don't we all just be respectful and understand that we should just be kind and uplift everyone instead of trying to bring others down and i've seen these videos about me my friends and complete strangers but it doesn't matter who you're doing it to… it's never okay and I feel like I really needed to say that i love you all but please stop!!"

And Charli's fellow TikTok creator Addison Rae has been impacted by this too. She remarked on Twitter, "it is not your job to judge the appearance of another persons face and/or body."