Chrissy Teigen and Meghan Markle connected with each other over “loss,” the “Cravings” cookbook author told Andy Cohen on “Watch What Happens Live” Tuesday night.

Teigen said the Duchess of Sussex has “been so kind to me” and is just “a really wonderful person.”

“She had written me about baby Jack and loss,” the 35-year-old said. Last year, Teigen experienced pregnancy loss at 20 weeks. She and husband John Legend had named the baby Jack.

Meghan also experienced a miscarriage last year and opened up about her and Prince Harry’s loss in a powerful essay for The New York Times in November.

“She is really wonderful and so kind and just as kind as everyone says she is,” Teigen said of the duchess.

“And that’s why you look at everything and you’re like, ‘My God, what is absolutely wrong with people where they have to make this person out to be so malicious or so crazy, when it’s just as simple as them being as kind as everybody says they are?’” she added.

Teigen also confirmed to Cohen that she was in touch with the royals after their bombshell interview with Oprah last month.

“I think when I ended up watching it, it was like, ‘Holy shit, this is big.’ But I had also waited a long time to watch it, and so I’d already heard so much about it by the time that I got to it,” Teigen said. “But yeah, it is ― I mean, very eye-opening,” she said. “Very eye-opening.”

When Cohen asked if the model was privy to any “extra tea” from the duchess, Teigen said no ― and explained why. 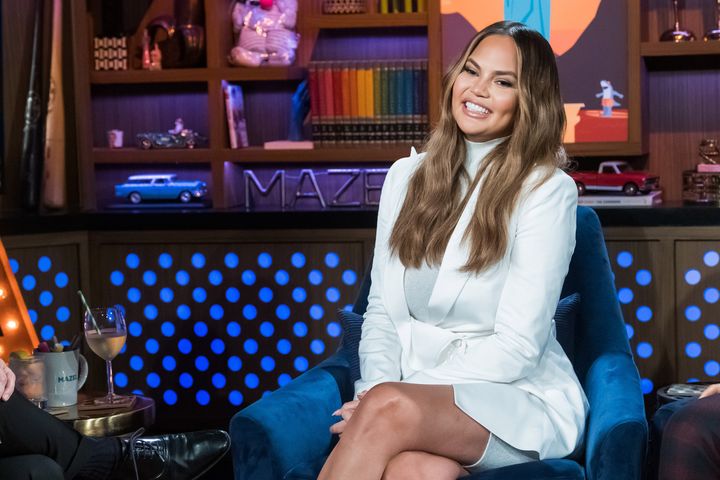 “She’s been very open about what she’s been open with, and I think honestly her truth has been her truth since the very beginning,” she said. “So no, I didn’t get any extra extra.”

Teigen has spoken up on behalf of Meghan before. She most recently defended the Duchess of Sussex, who is pregnant, from bullying claims that came out just before the Oprah interview.

“This meghan markle shit is hitting too close to home for me. these people won’t stop until she miscarries. fucking stop it,” the author tweeted at the time.