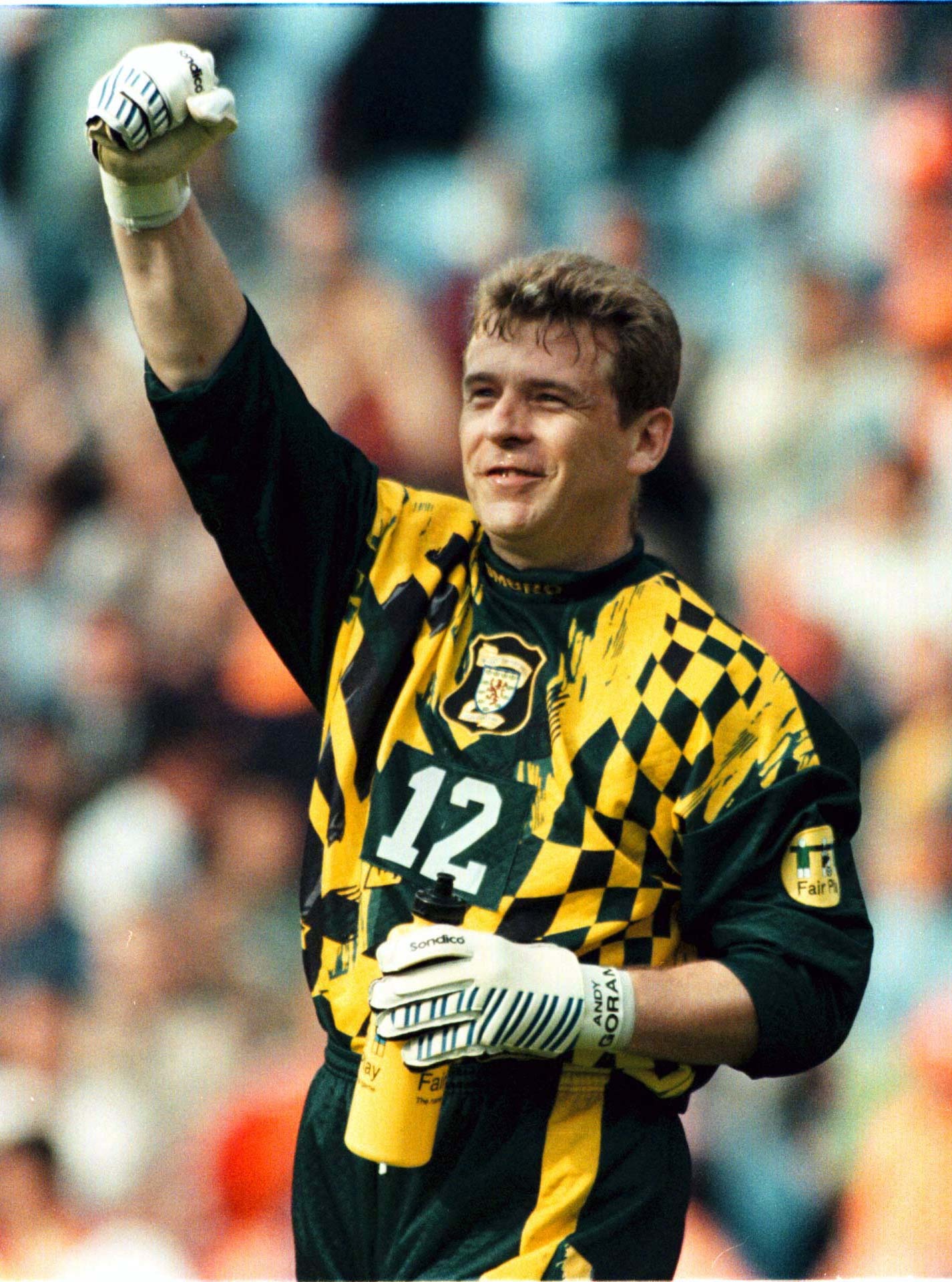 Gordon grew up idolising Goram and tried to emulate his hero.

The 58-year-old revealed he only has weeks to live, but Gordon believes Goram’s legacy will live on thanks to himself, Allan McGregor and David Marshall.

The Hearts No 1 said: “Did I look up to Andy? Everybody did. At that stage, anybody who wanted to be a goalkeeper wanted to be like him.

“It is sad news about his cancer and it doesn’t look good. We can only wish him the best.

“It is going to be a sad, sad day for everybody when he passes, especially us guys who grew up idolising him. You remember how well he played for Scotland and Rangers.

“Some of the saves he pulled off made a huge contribution to them winning games and titles.

“That was one of the reasons I thought I could make a difference going in goal.

“To see somebody like Andy pulling off the saves he did was a huge inspiration.

England star booted out by partner after splashing £55k on escort

“He was absolutely vital to Rangers. Not only that but a huge character and a leader.

“David, Allan and me were guys who were watching him and taking tips and trying to become goalkeepers ourselves.

“That will be a little bit of the legacy he leaves behind and hopefully we can inspire the next generation.

“Allan knows him very well with the Rangers connection and got a bit of coaching and advice from time to time. You can see in Allan’s game he’s taken so much from Andy.

“Andy and Jim Leighton changed how Scottish keepers were viewed. Both those guys went down to the Premier League and showed they could do it there.”

While Gordon continues to close in on Leighton’s 91-cap record, Marshall has called time on his Scotland career.

The Hibs new boy spoke to his old pal about his decision before announcing the news.

Gordon is gutted to see the 37-year-old packing it in for Scotland but says he would give up plenty of his own caps to swap places with Marshall as the penalty hero who took us to Euro 2020.

He said: “It was a sad one for me. He told me about his decision before he announced it and it was nice to talk about the years gone by and things that happened.

“Marsh is a brilliant goalie and I got on so well with him since the Under-21s.

“He was my first room-mate going back to when we were in our late teens. He’s a great person to have around the squad and he will be missed, especially by me.

“I would give up some of my caps to be the guy who saved the penalty which got us to the Euros.

“He’s got that over me and he will be fondly remembered by everyone for that.

“Liam Kelly told me a stat that there had only been three European or World Cup qualifiers in the last 17 years that myself, Allan or Marsh hadn’t played in.

“Trying to be the guy to be in possession of the gloves has been a hard slog and we have pushed each other.

“I have taken inspiration from Allan and David to keep going and get back to that level. It’s mixed emotions that I’m still the last man standing for Scotland.

Rangers star McGregor has opened talks about playing on for one more season.

Gordon added: “To all finish our careers playing in the same division would be nice.”