Tropical Storm Cristobal could soon renew its strength by uniting with another storm system coming from the west to form one giant cyclone, forecasters say.

After drenching much of the South, forecasters now expect the remnants of Cristobal to bring fierce winds, heavy rain and thunderstorms to much of the Midwest by Tuesday.

A very strong storm system sweeping out from the Rocky Mountains is expected to meld with Cristobal in the next couple of days, said Greg Carbin, who oversees forecasts at the Weather Prediction Center in College Park, Maryland.

“The two will eventually merge into a large cyclone," Carbin said. “It’s a pretty fascinating interaction we'll see over the next couple of days."

Wind gusts of up to 45 mph (72 kph) are expected in Chicago by Tuesday night, the National Weather Service said. Boaters were being warned of gale-force winds on nearby Lake Michigan on Tuesday and Wednesday.

High winds could be felt from Nebraska to Wisconsin, forecasters said. In parts of Iowa, Minnesota and South Dakota, the gusty winds and low humidity will bring the threat of wildfires in areas with dry grass, National Weather Service forecasters warned. Any blazes that start will spread rapidly, they said.

Cristobal weakened into a depression early Monday after inundating coastal Louisiana and ginning up dangerous weather along most of the U.S. Gulf Coast, sending waves crashing over Mississippi beaches, swamping parts of an Alabama island town and spawning a tornado in Florida.

In Louisiana, two boaters were found Monday afternoon in good condition after their boat sank in a deepwater straight near Slidell on Sunday, authorities said.

They told deputies they survived in the water by clinging to one life jacket Sunday afternoon and Sunday night before they were able to reach the shore Monday morning, St. Tammany Parish sheriff’s Sgt. Suzanne Carboni said in a statement. 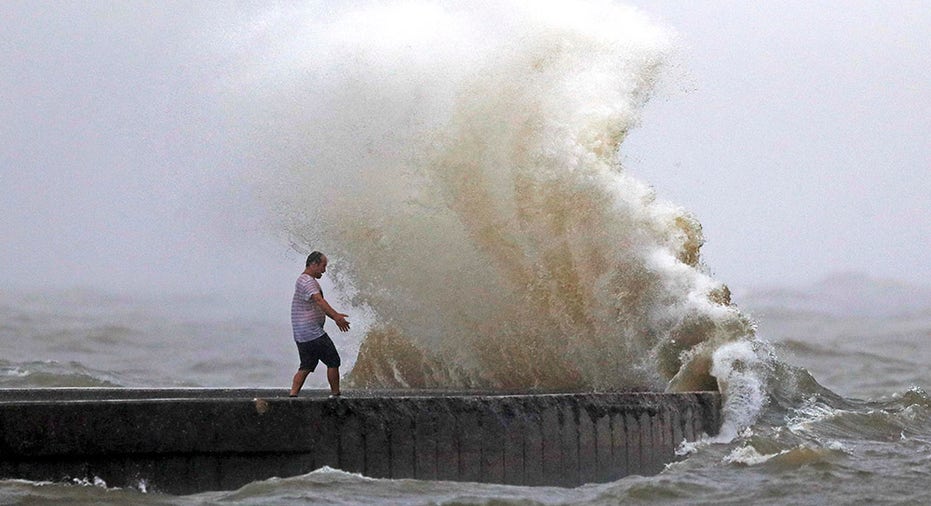 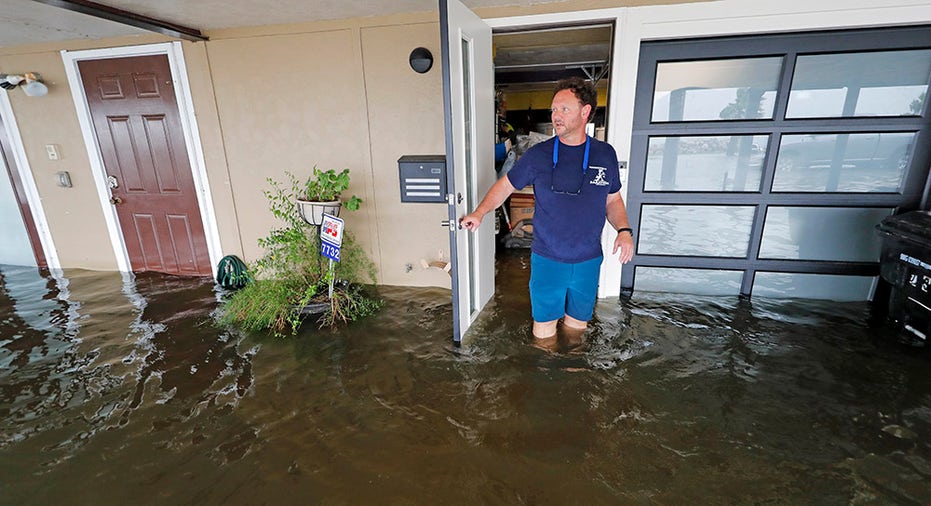 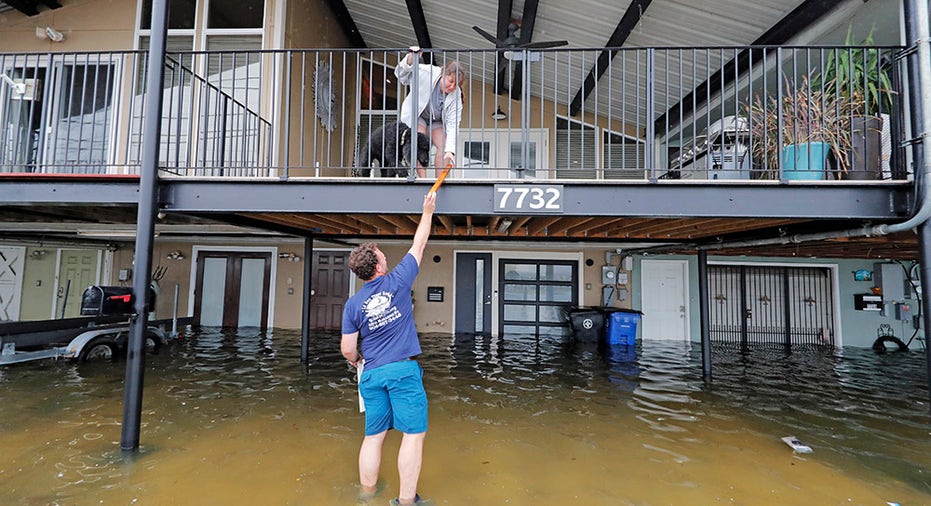 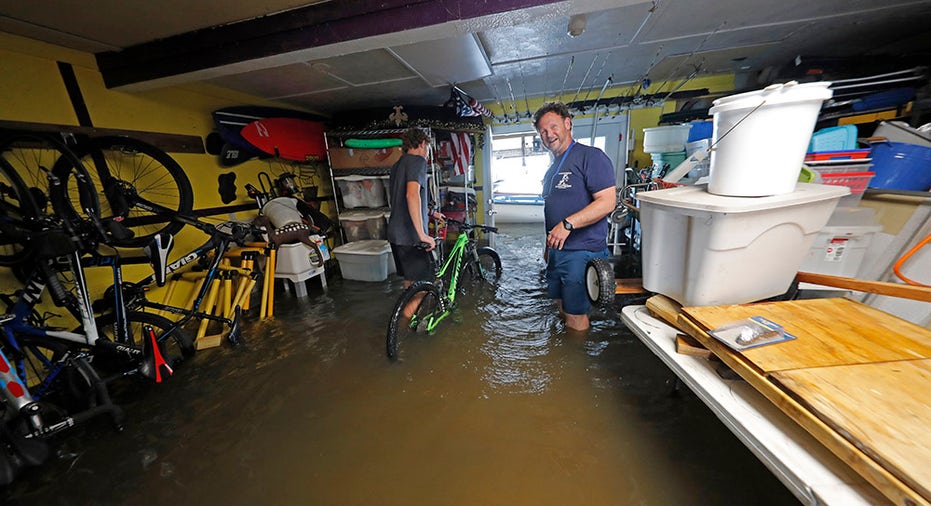 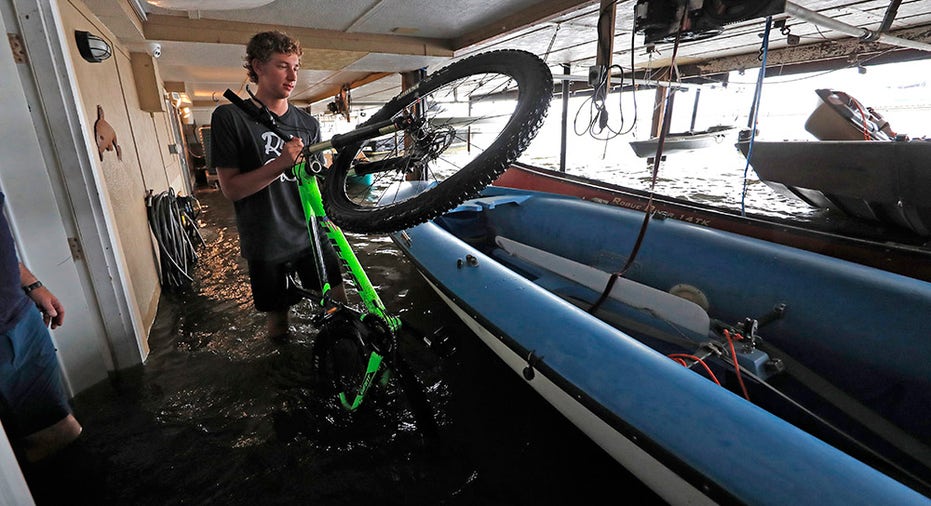 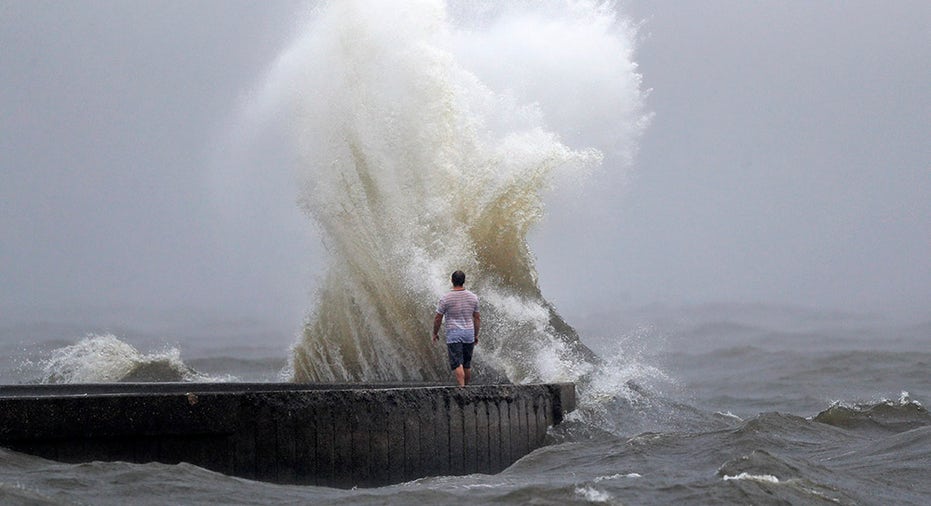 A wave crashes as a man stands on a jetty near Orleans Harbor in Lake Pontchartrain in New Orleans, Sunday, June 7, 2020, as Tropical Storm Cristobal approaches the Louisiana Coast. (AP Photo/Gerald Herbert)

The pair then swam across a marshy area and were found sitting on the porch of a camp, Carboni said.

Heavy rainfall and a storm surge continued posing a threat across a wide area of the Gulf coast after Cristobal made landfall Sunday afternoon packing 50-mph (85-kph) winds between the mouth of the Mississippi River and the since-evacuated barrier island resort community of Grand Isle.

HOW TO HURRICANE-PROOF YOUR HOUSE

Cristobal’s remnants could be a rainmaker for days. Its forecast path takes it into Arkansas and Missouri by Tuesday, then through Illinois and Wisconsin to the Great Lakes.

In their last update on Cristobal from the hurricane center, forecasters said up to 15 inches (38 centimeters) of rain could fall in some areas, and could cause significant river flooding across the mid and upper Mississippi Valley.

COSTLIEST HURRICANES IN US HISTORY

In Alabama, the bridge linking the mainland to Dauphin Island was closed much of Sunday but was being reopened Monday. Police and state transportation department vehicles led convoys of motorists to and from the island when breaks in the weather permitted.

“The storm could have been a lot worse, I’m very thankful to say. We were largely spared," Louisiana Gov. John Bel Edwards said.

In Florida, a tornado — the second in two days in the state as the storm approached — uprooted trees and downed power lines Sunday afternoon south of Lake City near Interstate 75, the weather service and authorities said. There were no reports of injuries. The storm also forced a waterlogged stretch of Interstate 10 in north Florida to close for a time Sunday.