DAN HODGES: Our warped liberal ‘morality’ only puts migrants’ lives in even MORE danger as they attempt to cross the English Channel

The message that appeared in the Minister’s constituency in-box was typical. ‘I didn’t vote for you or Boris for this to happen.’

It was a response to the images filmed by Nigel Farage off the coast of Dover that have finally pushed Covid from the top of the public’s – if not the media and politicians’ – consciousness.

Scores of migrants huddled precariously together in their overcrowded dinghy, as a French navy cutter escorted them to the edge of UK territorial waters. 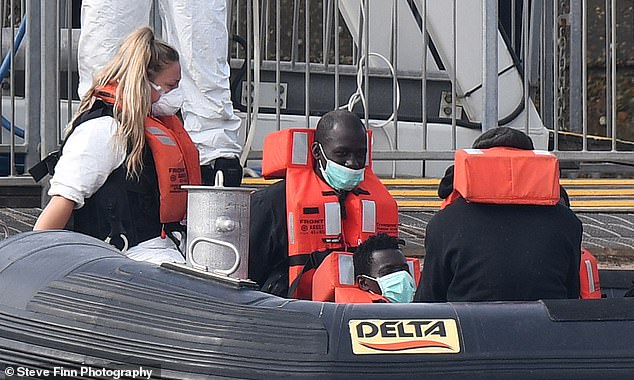 A second Tory MP, from the party’s liberal wing, said of his Government’s response to the surge of Channel crossings: ‘It’s been pathetic. We’re just not doing enough. I get a couple of regular messages from people on this who are out-and-out racist. But this week I’ve been getting loads of correspondence from regular people genuinely angry at what they see as us being taken advantage of.’

This wasn’t meant to be happening. Farage was supposed to now be nothing more than an historical curiosity. Concern about immigration was purportedly collapsing.

A report last month by the London School of Economics was seized upon with relief by liberal Britain as proof that ‘more Brits now support immigration than at any time since the 1980s’. 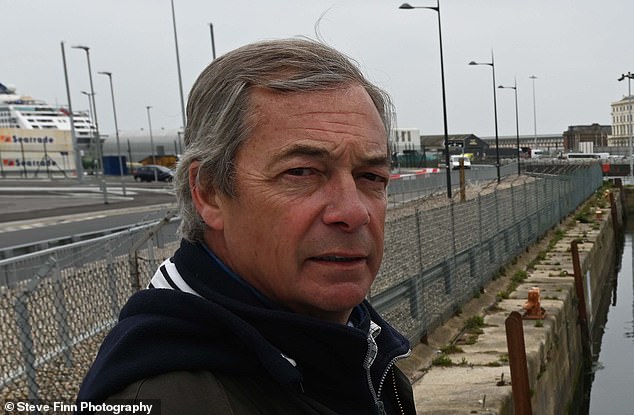 How can we have allowed this to happen again? Why has Farage been allowed to run rings around the political establishment and hijack the immigration agenda?

It was a complacent fantasy. One that could cost the Government and the liberal establishment dear. Though not as dear as to the wave of humanity currently gambling everything on the capricious tides of the English Channel.

In fairness to Home Secretary Priti Patel, it’s not a fantasy she has ever entertained. Ever since her appointment she’s targeted those ‘vile and wicked people smugglers driven by greed’.

She has consistently urged her French counterparts to take firmer action, even as the coronavirus crisis was at its height.

As one Whitehall source said: ‘When the French police are shoving guns in grannies’ faces just for doing their weekly shop, it’s madness they are allowing this to happen on their northern beaches.’

But even Patel’s allies concede bringing a halt to the cross-channel exodus is a complex process.

‘When they get in the water, the game’s basically over,’ one official concedes.

‘It’s not that the French are encouraging them to make the crossing. It’s that they’re powerless to stop them. Their priority is protecting human life, which is why French ships are shadowing them. But they have no legal right to intervene.’

There are other complicating issues. Deployment of resources in the Channel simply drives the smugglers further down the coast, and to ever more difficult and dangerous journeys. 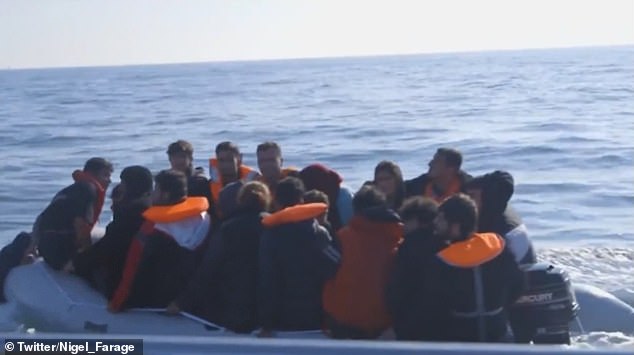 The construction of a Rommel-style Atlantic Wall is unfeasible. And with the people smugglers charging up to £30,000 a head for a place in one of their overcrowded boats, the authorities are confronting gangs who are both resourceful and ruthless.

‘When it comes to making the crossing some of the migrants get scared,’ a Whitehall source reveals, ‘especially the old and the children. So these guys pull guns on them and force them in.’

Contrary to the view of some armchair Border Force officers, it’s also very difficult for UK officials to unilaterally turn back the people smugglers’ armada.

A tough immigration policy cannot extend to sitting back and letting women and children drown.

The same law of the sea applies to the UK Navy and Coastguard as their French colleagues. And Britain cannot launch an invasion, and summarily deposit migrants back on French beaches.

But there are times when difficult challenges need to be faced, and the continuing obscenity of the trade in human misery across the English Channel is one of them.

How can we have allowed this to happen again? Why has Farage been allowed to run rings around the political establishment and hijack the immigration agenda?

Obviously the Government has been focusing its efforts on the coronavirus crisis. But the topics were always destined to fuse. The Immigration Bill is currently on the floor of the Commons.

Fourteen-day quarantine is being introduced on arrivals into the UK. In such an environment, illegal immigration was inevitably going to be a toxic issue. As one MP said: ‘My constituents are saying, ‘these people could all be carrying Covid’. And what do I say? Because they’re right.’

Yet again, when it comes to immigration, the attitude has been ‘out of sight, out of mind’. At the start of the month, when Farage began trying to focus attention on what he called ‘the illegal migrant scandal’, the response was clumsy suppression.

He was accused of breaking lockdown. The police were called. And as sure as night follows day, the martyrdom of St Nigel was secured.

Brexit was not a bad dream the nation will one day suddenly awake from. Nor was the collapse of Labour’s Red Wall. They really were a reflection of the settled view of a majority of the British people.

But liberal Britain still will not accept this. So history is again being re-written. Or re-configured. You can see it every day. Slipped into a speech here, or an article there. Coronavirus will change everything.

Just as the financial crisis was going to change everything. And austerity. And Grenfell. 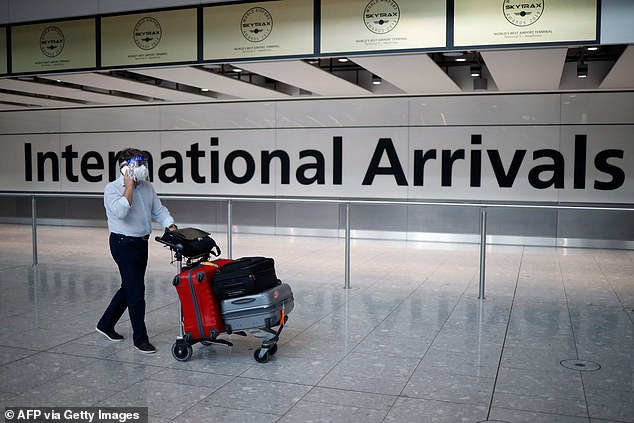 Fourteen-day quarantine is being introduced on arrivals into the UK. In such an environment, illegal immigration was inevitably going to be a toxic issue. As one MP said: ‘My constituents are saying, ‘these people could all be carrying Covid’. And what do I say? Because they’re right.’ A passenger is pictured arriving at Heathrow Airport

Something new and brave and irrevocably North London will emerge on the other side of lockdown. All progressives need to do is spin around three times, close their eyes, and whisper the name ‘Keir Starmer’.

There now needs to be a consensus. A consensus of anger.

We have to get outraged over what is happening at our borders, not turn a blind eye to it.

The exploitation of the most vulnerable on the planet. The way our Navy and lifeboats and Coastguard and Border Force are not just being outwitted by the traffickers in humanity, but being made their active accomplices.

And how we – through our apathy or misguided sense of liberal morality – are effectively training our guns on terrified women and children just as coldly as the people smugglers.

Because unless we as a society demand a solution to this problem, we are the problem. It shouldn’t be left to Farage to re-pitch his circus tent and cry ‘scandal’. We should all be crying ‘scandal’.

Last January then Home Secretary Sajid Javid called for a crackdown on the smuggling gangs. He was vilified by the liberal press, and cut loose by Downing Street.

Nine months later the bodies of 39 Vietnamese migrants were found entombed in the back of a lorry in Grays in Essex. Are we going to wait for this to happen again?

For when pre-Covid-19 levels of lorry traffic return? Or the inevitable tragedy that awaits one of those overloaded boats in the Channel?

We can look away now. But one day soon our eyes will again fill with horror. And when that day comes the fingers we are pointing should be directed at ourselves.