THE IRONY was perhaps lost on a frustrated Fernando Santos.

The Portugal boss has finally set the record straight on his alleged “bust-up” with Cristiano Ronaldo after dropping him for their last-16 6-1 victory over Switzerland on Tuesday. 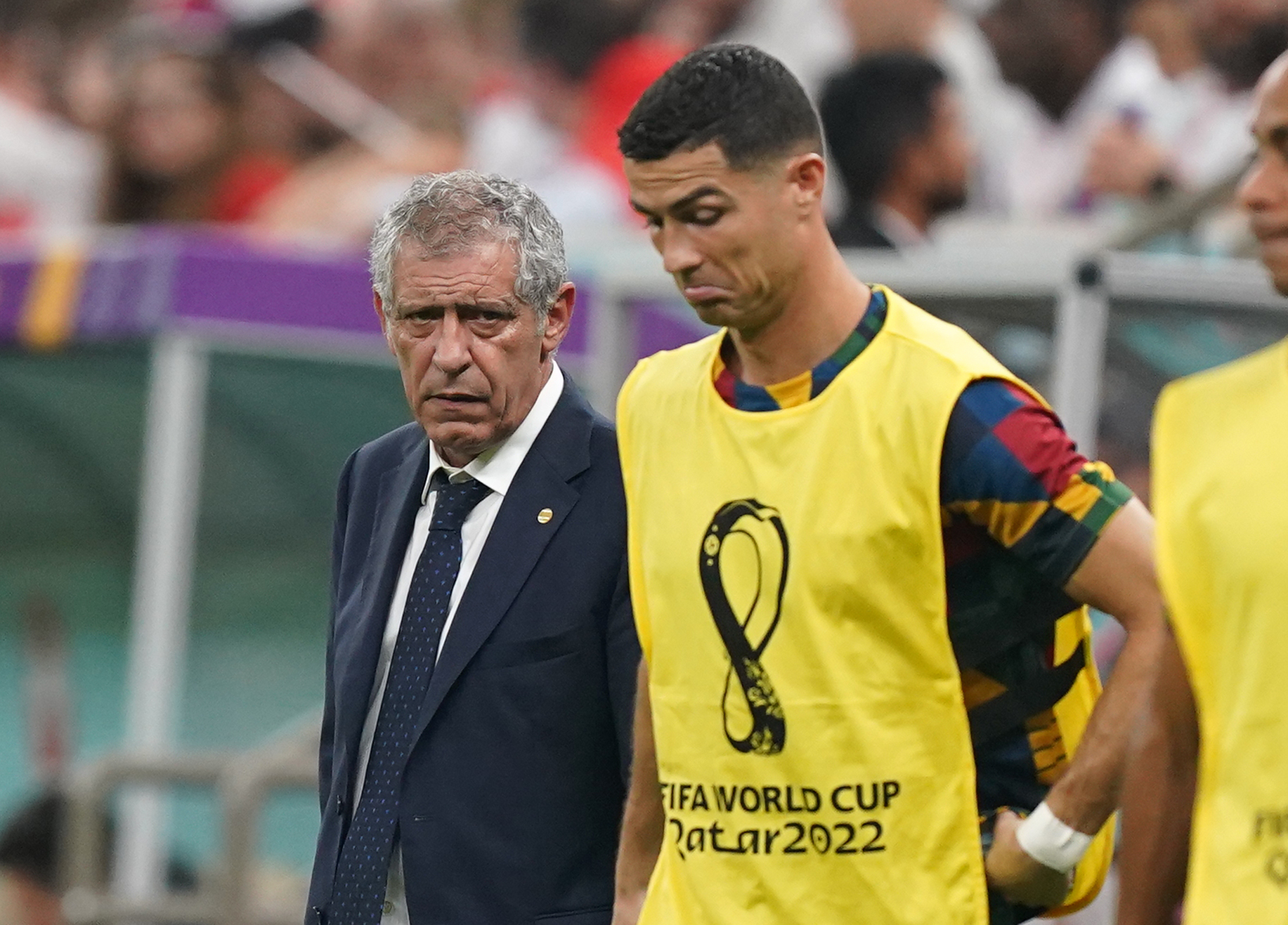 Contrary to other reports, Ronaldo did NOT threaten to leave the World Cup camp in protest, but upon learning he was on the bench, he did ask: “Do you really think it is a good idea?”

Santos, 68, concluded by demanding we stop asking negative questions about football’s most egotistical, social media-obsessed and media-hungry superstar, and to leave him alone.

He said this with a straight face, informing the room he was deadly serious. Ironic, considering how the unemployed Ronaldo has tried to make everything about him even before this World Cup.

The Piers Morgan interview, the accusatory Instagram posts, the on-field strop at being subbed during the 2-1 loss to South Korea.

Georgina Rodriguez wears £1.6MILLION of jewellery as she shows off collection

Who knows what will happen if the 37-year-old starts a second successive game out in Qatar on the bench, for their quarter final clash with Morocco tomorrow, something Santos did hint at.

Yet the majority of his press conference was dedicated to clearing Ronaldo’s name – again.

Asked for the full low-down on what happened before Switzerland, Santos explained: “Yes, we did have a conversation. It would have been very bad if we had not had it. It needed to happen.

“It was on the match day after lunch. I did not have any conversation with him before that.

“I told him you will be important but with our strategy it would be better not to be on the field.

“We expected the game to be difficult and I would save him for the second half. Cristiano for obvious reasons was not very happy about it.

“I explained to him my viewpoints and of course he accepted. He has never told me that he wanted to leave our national team.

“It is high time we stopped this conversation and stopped with the politics. He was the one who warmed up with all the players even if he knew he wasn’t going to start. He celebrated all the goals.

“And at the end he was the one who invited his colleagues to thank the fans. It is high time to leave Ronaldo alone with what he has done for Portuguese football.

“I don’t think there is anyone in Portugal who doesn’t want Portugal to win, but to not emphasise the positive aspects of Ronaldo and pick out the negatives? Why? It is not important.”

Ronaldo came off the bench against the Swiss in the 74th minute, but it was the first time he had not started at an international major tournament since 2008.

His partner Georgina Rodriguez took aim at Santos on Instagram, but the coach’s decision paid off as Ronaldo’s replacement Goncalo Ramos netted a hat-trick.

Ronaldo took to social media to reject any rumours of a fall-out, suggesting they were a group “too united to be broken by external forces”.

Asked if the same team will be selected to face the Moroccans, Santos said: “Every player is not happy when they don’t play. Managers have to deal with that.

“If a team wins and they don’t change the team, we have seen that, but it is not always the case.

“You think this match against Morocco will be the same against Switzerland? We will see. We need to find things to overcome that.

Lille and Portugal defender Jose Fonte recently claimed Portugal play more as a team when Ronaldo is not on the pitch. Forward Joao Felix added: “I don’t feel that.

“He has his reason to say that and I respect him, but there are things that happen on the pitch whether Cristiano is playing or not. We played differently because of different reasons.”