Fame and fortune will not detract from Emma Raducanu’s ability to sustain her remarkable rise to the top of her sport, according to the chief executive of the Lawn Tennis Association (LTA), Scott Lloyd.

Lloyd has called for the newly-crowned US Open champion to be given “breathing space” following a whirlwind two weeks, which saw her bank a £1.8million winner’s cheque and tread the red carpet at New York’s fashionable Met Gala.

She is now back home in Bromley coming to terms with life as a global sporting superstar, and knows her scheduled return to the court in Indian Wells early next month is set to generate an extraordinary degree of scrutiny.

Lloyd told the PA news agency: “Obviously on the back of New York, Emma’s life outside the court has been turned upside-down but she is a very grounded person with great values and a great family behind her.

“From an LTA perspective, guiding not just Emma but all our post-scholarship players through this transition to the professional game is a part of what we do.

“It will take some adjustment and she will need some breathing space. There will be bumps in the road, and there will be times next year when she is going to have a target on her back, and she will have to get used to that.

“Like everybody in top-level sport, she may have some difficulties in sustaining this level of performance but she has shown she has the capability to go on and do that.” 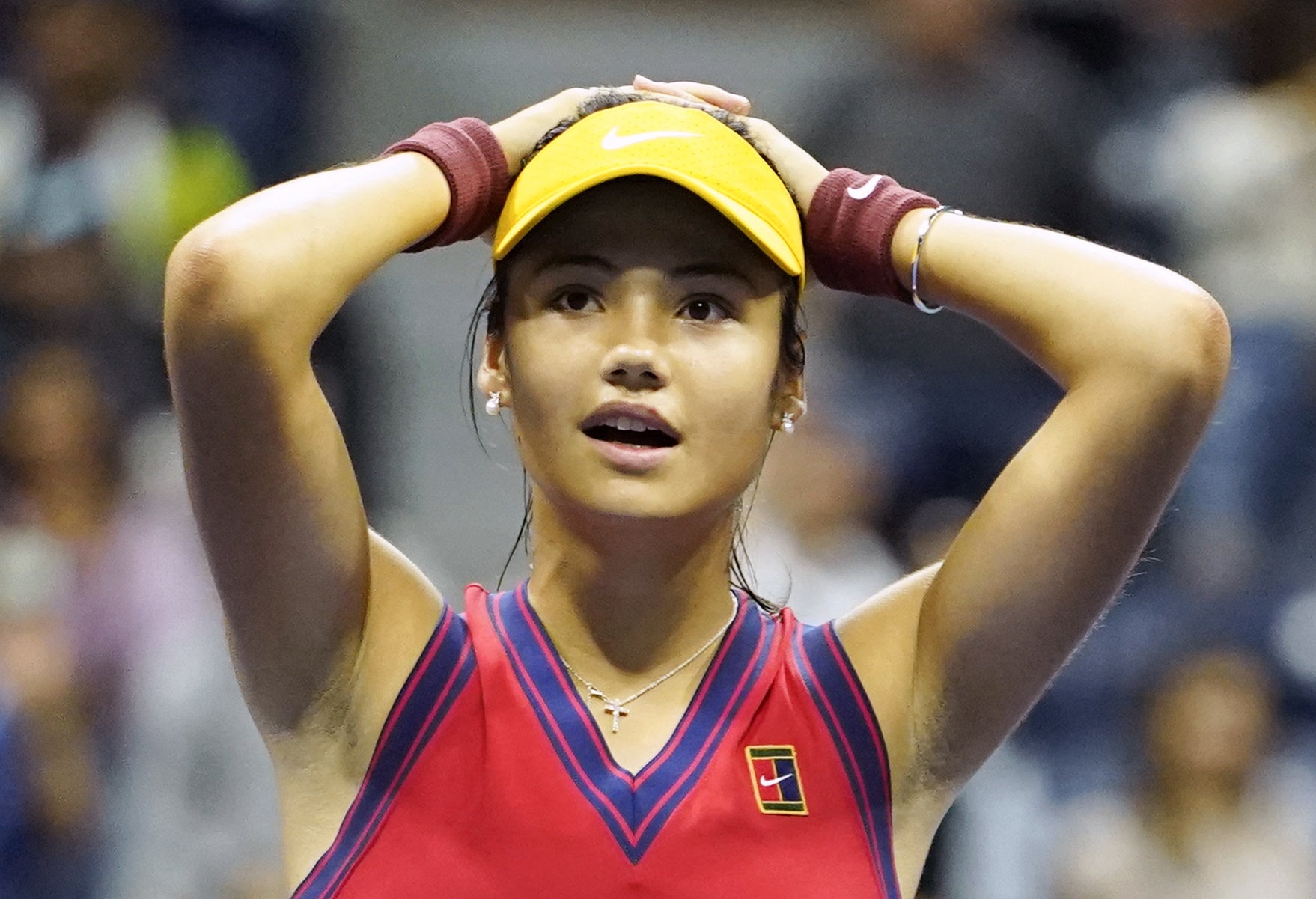 Lloyd said he had no concerns over Raducanu’s development in the wake of her retirement from her fourth-round match at Wimbledon earlier this summer due to breathing difficulties.

Her withdrawal was questioned by John McEnroe, who sought to clarify his comments in the wake of her US Open success by insisting: “I’m sure there was a lot of concern in the British Tennis Association [sic], how she is going to handle this sort of new-found fame.”

But Lloyd said he never had doubts over Raducanu’s ability to learn from her experience at Wimbledon, adding: “I wasn’t concerned how Emma would deal with that because she is a fast learner, she is focused and she is physically and mentally strong.

“It’s natural at that juncture to feel waves of emotion and in particular the physical demands that that kind of environment puts on you.

“I don’t believe anyone at the top of their professional career doesn’t go through difficult losses or difficult moments on court, but she has already shown that she can move on from that and use it to her advantage.”