In October 2019, he became the first manager in English football to lead his players off the pitch during a competitive game because of racism from the stands. 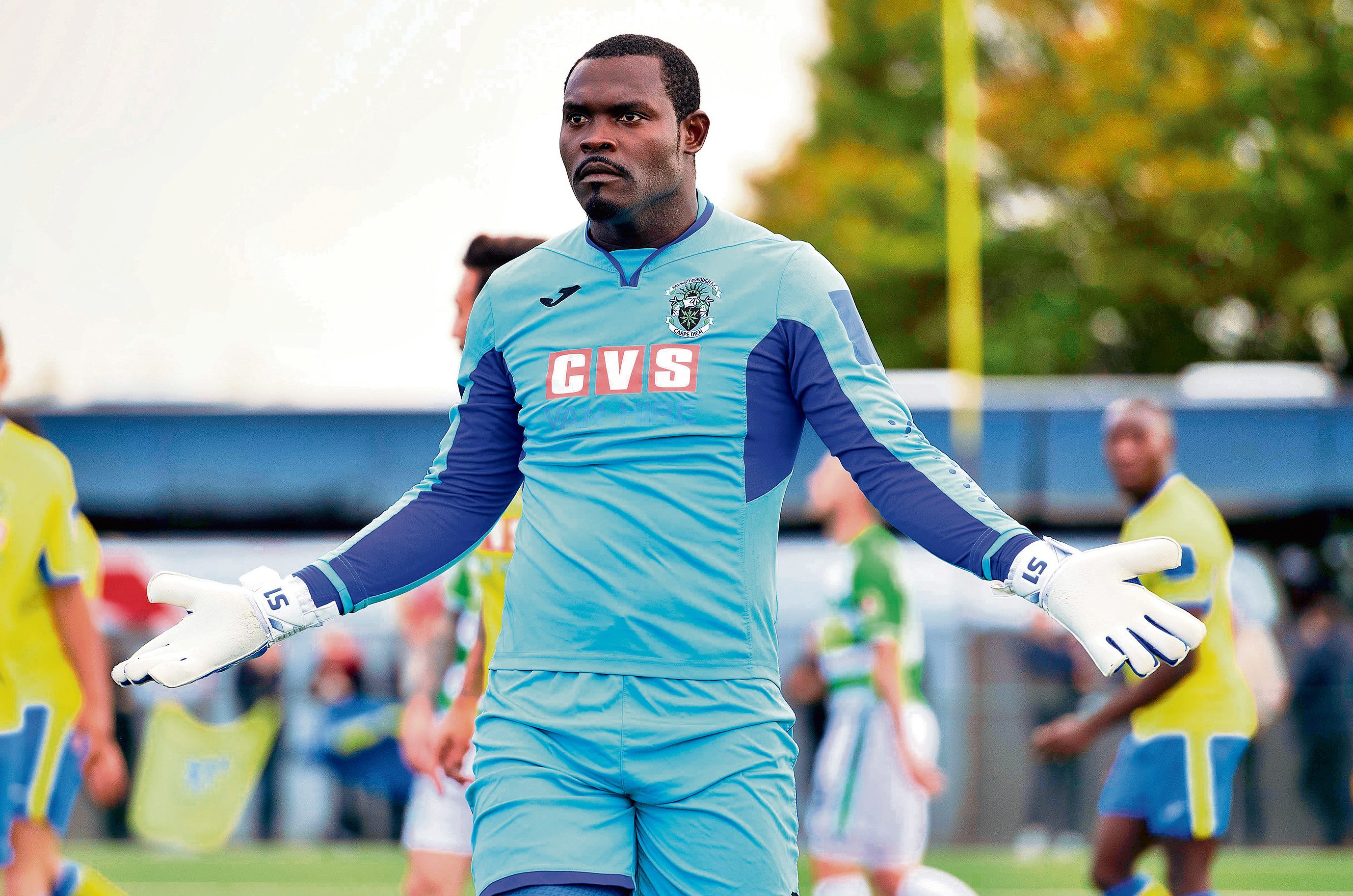 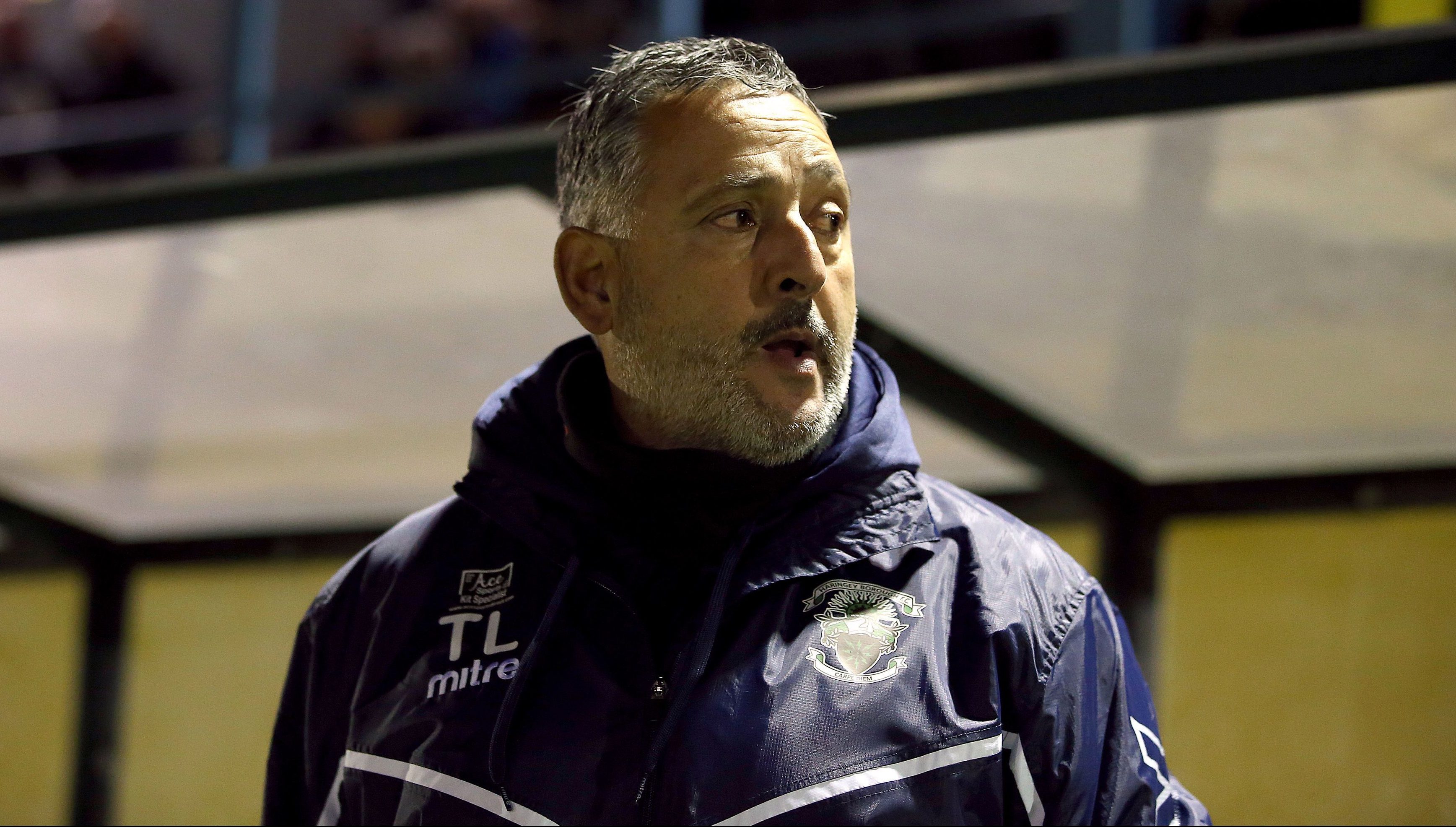 But Loizou’s stance, which was hailed as a catalyst in the fight against racism in football, instead highlighted what he describes as the FA’s major failings.

The FA insist they have done their due diligence, speaking to Borough chairman Aki Achillea, sending an FA representative to Haringey’s 3-0 replay defeat and issuing an in-game protocol for future racist incidents.

But in an emotionally charged interview, Loizou claims:

l  The FA are yet to make contact with himself, Pajetat or any of his squad or coaching staff regarding the shocking incident and their subsequent mental health.

l  An FA official, present during a heated meeting in the referee’s changing room when Loizou was blamed for the abandonment, refused to take any action.

l  The “pig ignorant” governing body appear unwilling to learn from his and his players’ traumatic experiences.

The ref looked terrified. He said he wasn’t going to call the game off, despite admitting to have heard and seen everything.

All the hatred that engulfed the original Cup tie was simmering before kick-off.

Loizou was informed several of his young female catering volunteers had been insulted and abused.

One was left in tears after a Yeovil fan, among a set of supporters Loizou described as “backwards and not in the real world”, suggested she stick a sausage between her legs.

And then the incident itself, in which Loizou heard the disgusting phrase “black c***” after ignoring the fourth official’s plea to remain in his dugout and taking to the pitch.

Loizou then feels he was backed into a corner and hung out to dry during a blame-game confrontation with the matchday officials, before accusing Yeovil’s delayed support as simply “tokenism”.

He explained: “I went into the ref’s room and he asked me what I was thinking, so I asked him the same thing.

“He looked terrified. He said he wasn’t going to call the game off, despite admitting to have heard and seen everything. 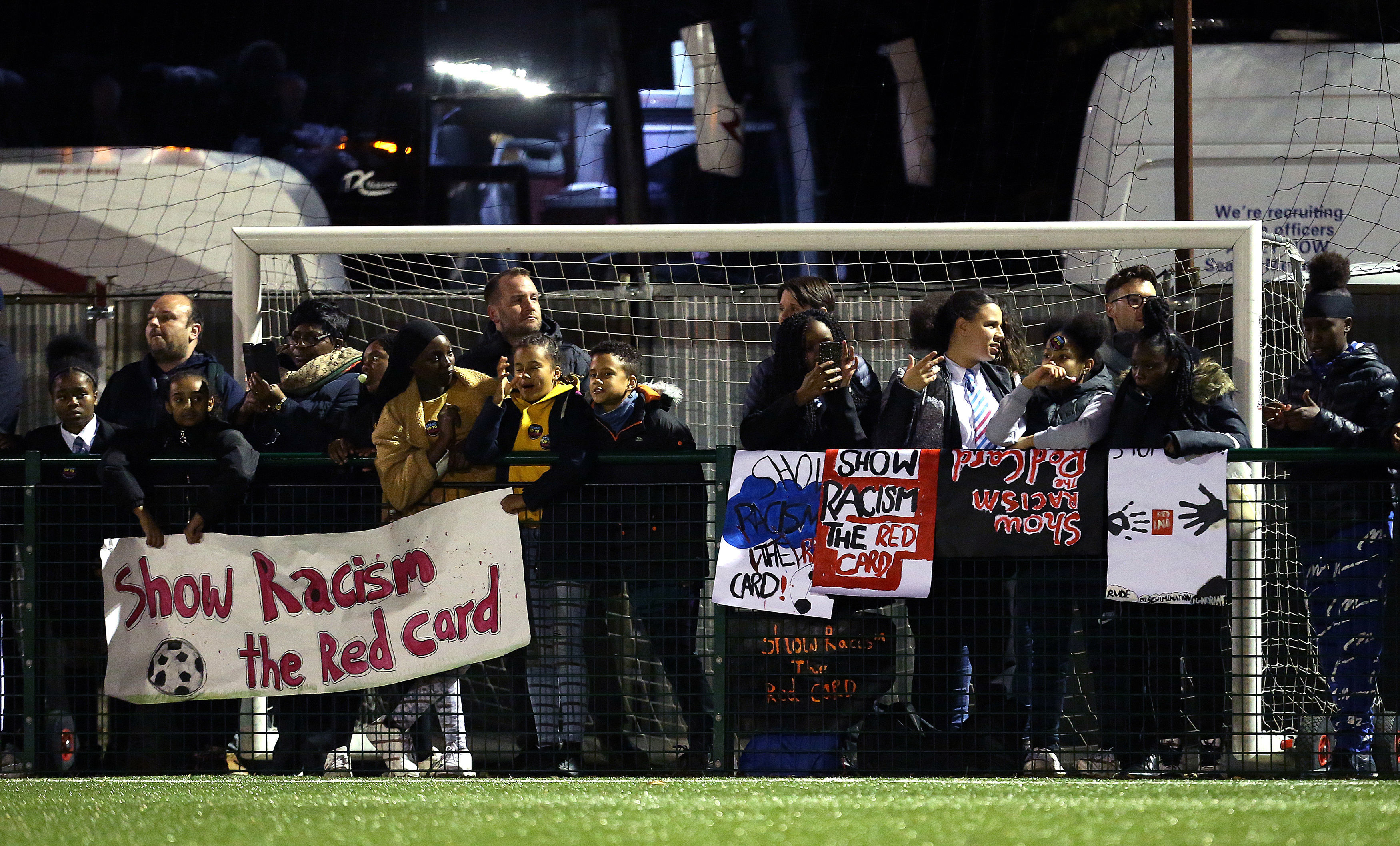 “My players were in tears and begged me not to send them back out. The ref asked if I was abandoning the game and I said, ‘No, you are’.

“There was an FA official in the room and I asked him what he thought. He said he couldn’t make any comment because he was an observer.

“The referee then said that the game was abandoned because I refused to lead the players out, without even mentioning racism.

“He also said the Yeovil players and manager wanted to walk off with me but I said, ‘I have already walked off’.

“They say Yeovil came out in support and sympathy by walking off with us. It was just tokenism.

“When I pulled my players off after being abused, stones and bottles thrown at them and being spat at, why didn’t the Yeovil players and management walk off there and then?

I got fined for reacting on the touchline and the FA responded within days, telling me I owed £300. Yet they have not got in touch to ask, ‘How are you Tom?’ or find out how my players are coping.

“They waited until the game was officially abandoned and then they walked off. I don’t buy all that s**t.

“I just shook the manager’s hand and said, ‘This game obviously means more to you than it does to us’.”

The aftermath forced the Isthmian League Premier side into a rebuild and, despite still being in debt from the original Cup tie, they had to release several players who were suffering post-traumatic stress.

Cameroon-born Pajetat, a preacher away from football, has played just a handful of games since.

He is mentally scarred by the abuse, compounded by the death of his mother soon after.

Loizou — who played in the same Sunday league side as Kick It Out head of development Troy Townsend — has been left deflated and hurt by the missing support system he and his players so desperately needed.

He said: “I am a Uefa Licence holder, have served English football for the last 30 years, and the only manager to pull a team off a pitch for racial abuse and hatred.

“I got fined a few weeks ago for reacting on the touchline and the FA responded within days, telling me I owed £300. 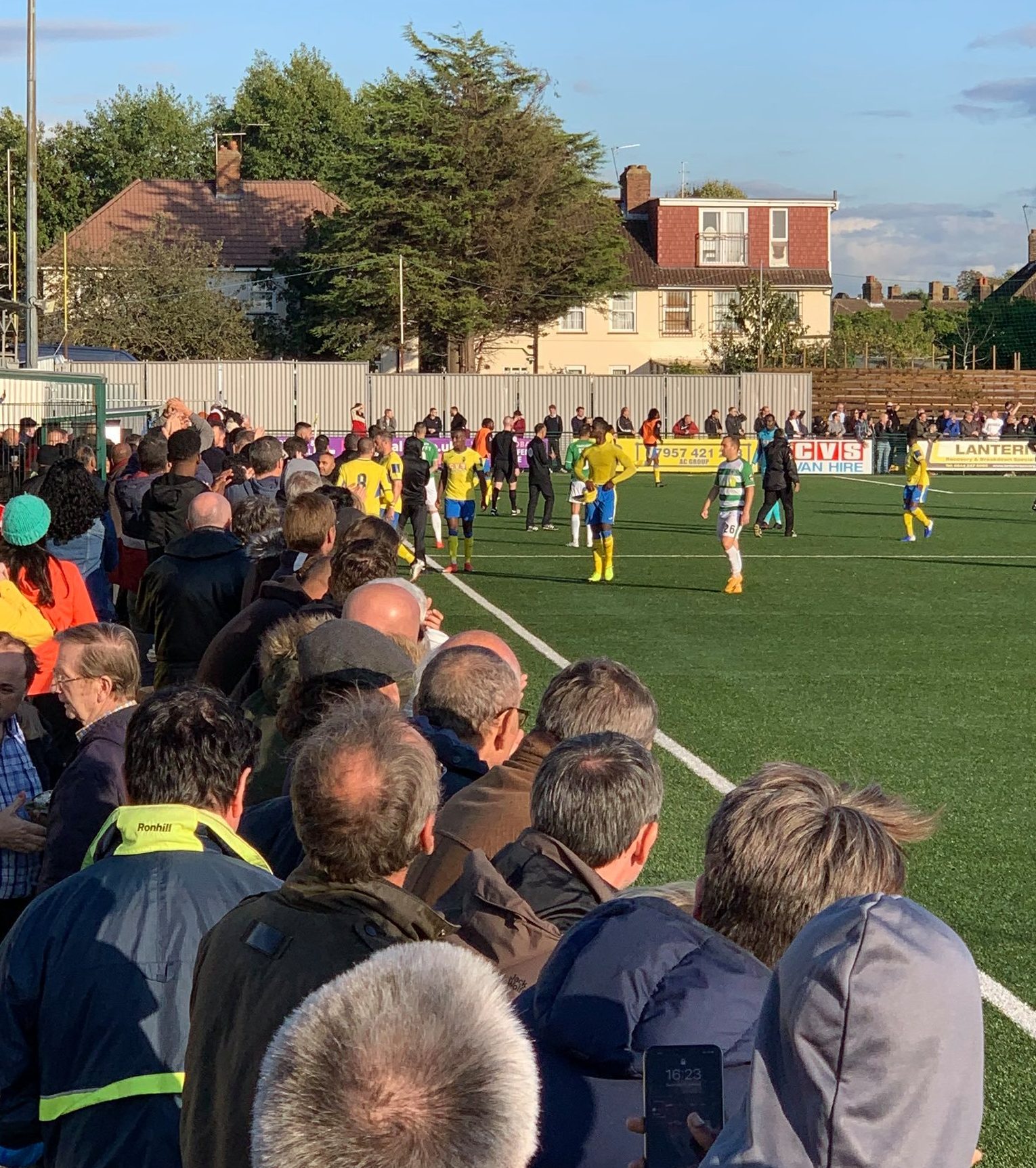 “And yet they have not been able to get in touch or pick up the phone and ask, ‘How are you Tom?’, or find out how my players are coping.

“There should be a process when these things happen but there is not. No one at the FA has bothered to think about us as human beings.

“The fans say it isn’t the same club any more. No one came to speak to us to give us guidance.”

The one positive Loizou has taken from the incident is his change in perception regarding racism, admitting he thought he knew everything he needed to know beforehand.

He said: “Four weeks before the Cup tie, I was interviewed by BT Sport. Paul Pogba was speaking about what to do on the pitch if you get abused.

“I was asked about it and I said I disagreed with him and I didn’t believe any manager should have his team walk off. Then look what I did.

Despite Loizou’s first-hand experience, the FA portray a governing body with fingers in their ears.

Loizou continued: “Maybe if the FA could hear all of this, then they could pick bits out and educate themselves, use my knowledge as a learning module for the future.

“They should be asking why I acted in the way I did — and tell me whether I was right or wrong.

“Instead, they sent an official to the replay.

“Which did more harm than good, who probably spent the day up with the executives eating prawn sandwiches for all I know. I had no contact with him.

“I could have gone to the FA myself and they may say I’m mad or deluded — at least they would be listening. But they don’t listen.

“You have to be open-minded, not pig ignorant, which is what the FA can be sometimes.”

Both the FA and Yeovil declined when SunSport approached them for comment.