A father-of-two hoping to rival the festive adverts of the UK’s  top retailers has spent five nights making a spot of his own, all on a budget of less than £30.

Mark Goodwin, 42, from Oldham, Greater Manchester, spent just £23 creating the video which shows Santa stopping by the store in the nick of time to pick up the pianos in time for Christmas.

Mark – who runs Mark Goodwin Pianos – revealed he stayed up until 2am for five nights after tucking in his children Sally, ten and Louis, seven, to finish the advert.

He had to move them over 2,000 times to create a magical animation of pianos moving on their own.

His advert was just a fraction of the cost of John Lewis’ Unexpected Guest telly advert – which cost an estimated £5million. 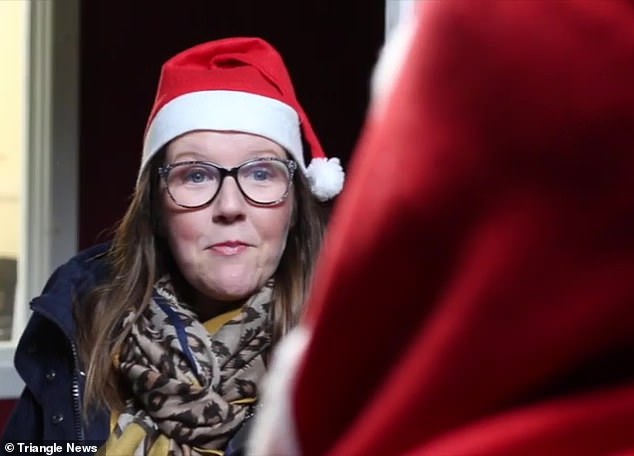 In the advert, Santa, is greeted by one of the shop’s employees as he comes to pick up the pianos people have ordered for Christmas, pictured

He said: ‘I would fill my bag with snacks every night at 9pm and head off alone to the piano shop.

‘I’d get home at around 2am every night with aching bones after moving the pianos around 200 times each night.

‘There is 25 seconds worth of animation featuring up to five pianos in each scene.

‘That means I was moving the pianos over 1,000 times in total. If you include the deleted out-takes it was probably over 2,000 piano moves.’ 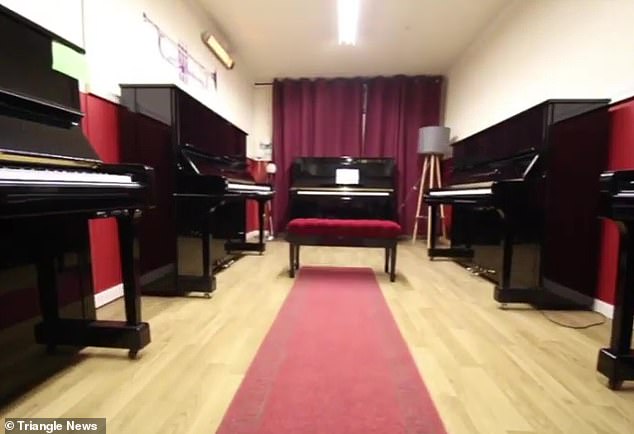 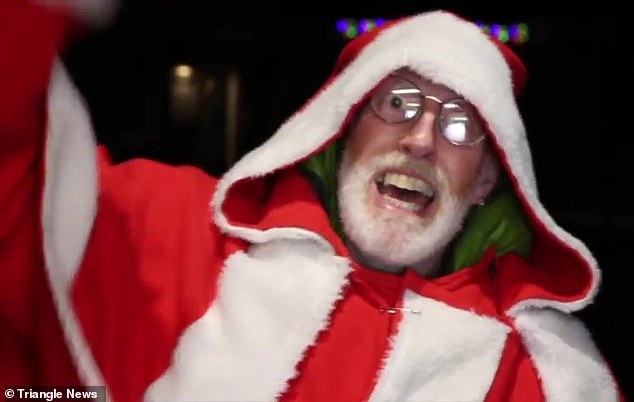 A very festive Santa, pictured, comes to the shop ahead of Christmas. Mark revealed he worked on the advert at night after putting his children to bed 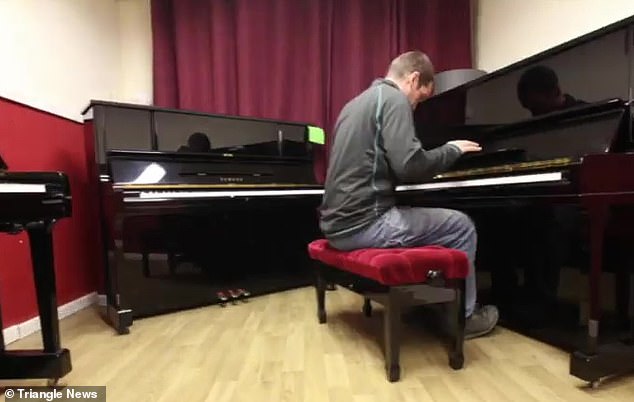 In the short clip, Mark can be seen tuning the pianos, pictured, as they prepared to be shipped to their new homes 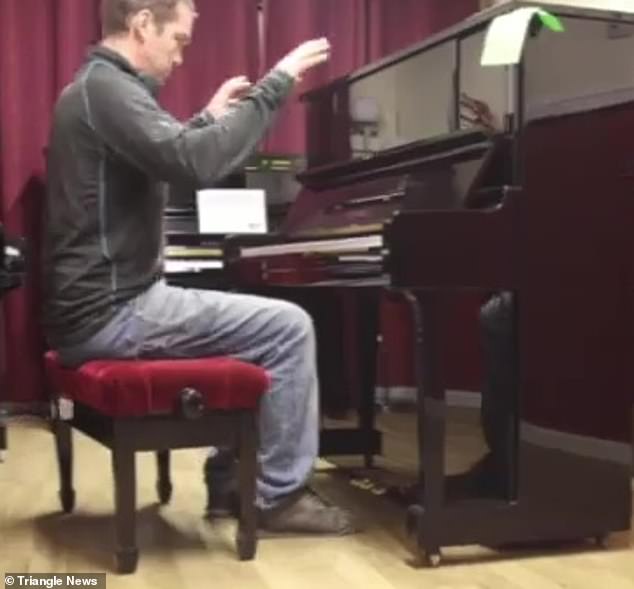 The pianos start frantically moving around the room. It took Mark, pictured, five nights to create the animation of the pianos moving on their own 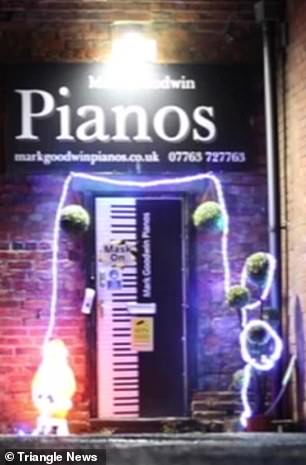 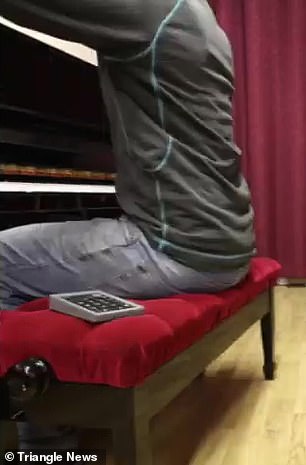 The advert features Mark’s shop, left, and shows him tuning the pianos, right, ahead of the festive season

Phil stole the role of Father Christmas from another employee after it was discovered that he had the longest and whitest beard.

In 2019, Mark’s children starred in the £10 ad where they delivered a piano to their granddad for Christmas and it racked up over 50,000 views on YouTube.

Last year, he spent £30 on a Covid-19-themed one of the kids dropping one off for their grandma but she couldn’t go in the house. 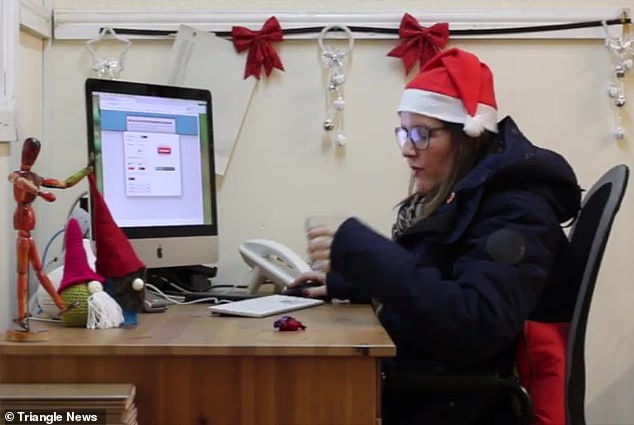 One of the shop’s employees awaits the arrival of Santa ahead of Christmas in the festive advert, pictured 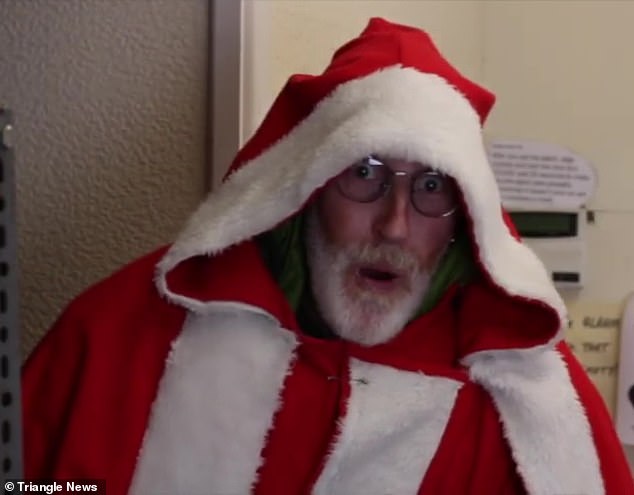 The joyful Santa asks if the pianos are ready before stepping into the shop to see them for himself, pictured 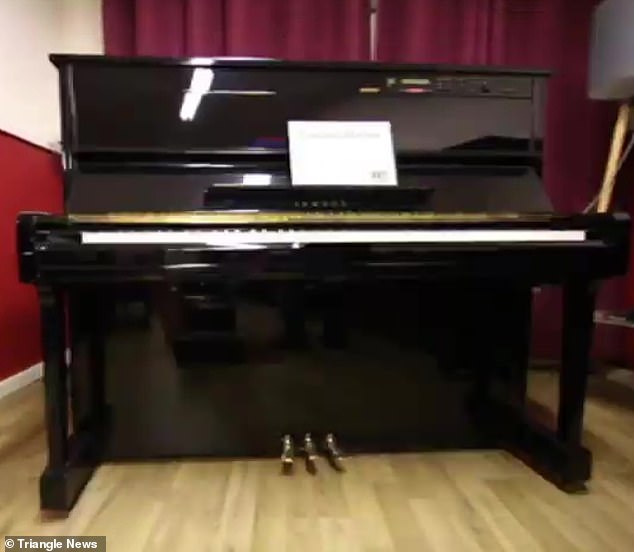 The enchanted pianos move by themselves in the sweet advert, which Mark made on a budget after shipment costs went up by 1,000 per cent this year compared to 2020

Mark added: ‘So far people have loved our new video which is a huge relief as the pressure gets to me whilst making these videos.

‘We never have a big budget and this year we spent just £23 – which included a £13 Santa cloak from a local charity shop along with £10 of decorations.

‘These past two years have been really difficult.

‘We have been low on stock most of the time and have seen our container shipment costs go up 1,000 per cent compared with 2020.

‘But we’ve focused on trying to make our staff feel valued and putting our customers’ needs first.

‘And we think that has helped keep us afloat, 2022 looks set to be equally challenging.

‘But we are ready for anything and feel lucky to do a job that we love.’ 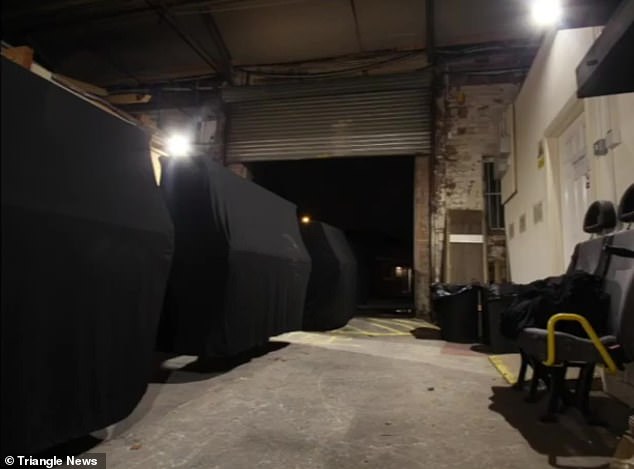 Mark said he has focused on making his staff feel valued this year. Pictured: the pianos being shipped away in the advert 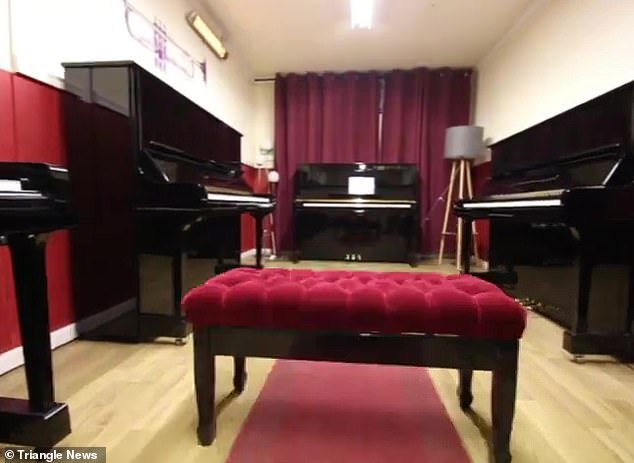 Pictured: the music instruments moving by themselves in the advert. Mark said he believes 2022 will be a challenging year for his business, but added he feels lucky he gets to do a job he loves