It’s not been the best few weeks for Microsoft. Ever since the Redmond-based firm pushed out its Windows 10 May 2020 Update, it has been dogged by issues with a number of PCs suffering from the dreaded Blue Screen Of Death (BSOD) whilst others have been left unable to print anything from their PCs. And now, it seems another popular Microsoft software is also suffering from a hugely irritating and serious glitch which is making the software inoperable.

It seems when users update to the latest version of Outlook, they’re instantly faced with an error message that stops them accessing the email client. There are numerous reports from users suffering from the issue and Microsoft has also confirmed that there is a problem.

In a post on the website, the technology firm states, “After updating to Version 2005 Build 12827.20268 or higher and starting Outlook you may see the following error prompt: ‘Something is wrong with one of your data files and Outlook needs to close. Outlook might be able to fix your file. Click OK to run the Inbox Repair Tool’.”

Microsoft says that the Outlook Team is investigating this issue along with the Windows Team. But there’s no word yet on when a primary fix will be pushed out to the Windows version of Outlook but there is way to mend it manually. 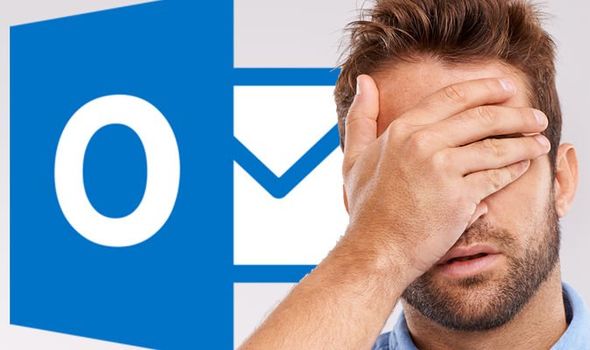 Microsoft has issued a workaround which should mend the problem and we have published full details below. To fix Outlook follow these steps.

• Right Click the Windows Start button, and then choose Run.

• In the Open box, type regedit, and then select OK.

• In the left pane, expand Computer and then expand HKEY_CURRENT_USER\SOFTWARE\Microsoft\Office\16.0\Outlook\PST

• Under the PST key delete the registry keys below and then restart Outlook: “LastCorruptStore”=”C:\Users\user.REDMOND\AppData\Local\Microsoft\Outlook\ Email address is removed for privacy “

This issue seems to be affecting users after updating to Version 2005 Build 12827.20268 or higher and starting Outlook. We’ll update this article once Microsoft releases a patch for the issue.