An unopened copy of Nintendo’s Super Mario Bros. that had been bought in 1986 as a Christmas gift but sat forgotten in a desk drawer until recently was sold on Friday for $US660,000 ($862,340), according to an auction house in Dallas.

The price was a record for a video game, the auction house, Heritage Auctions, said in a statement. That distinction was previously held by another copy of the same game, which sold for $US114,000 in July. 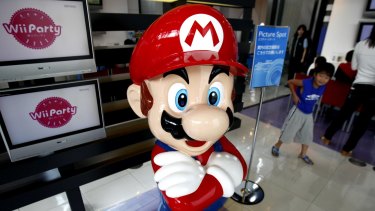 The game that sold on Friday was purchased as a Christmas gift in 1986 but it had been placed in a desk drawer, where it remained undisturbed for 35 years, the statement said.

“It stayed in the bottom of my office desk this whole time since the day I bought it,” the seller, who asked not to be identified, told Heritage Auctions. “I never thought anything about it.”

Valarie McLeckie, who oversees video game sales at Heritage Auctions, said that the game was produced in late 1986 during a brief period when the games were sealed with plastic shrink wrap, rather than sticker seal, and before another packaging variation was introduced in 1987.

“Since the production window for this copy and others like it was so short, finding another copy from this same production run in similar condition would be akin to looking for a single drop of water in an ocean,” Ms. McLeckie said in the statement. “Never say never, but there’s a good chance it can’t be done.”

Details about the winning bidder were not immediately available on Saturday. The auction website allows bidders to make offers to the new owner, starting at $US990,000 or more.

“Finding another copy from this same production run in similar condition would be akin to looking for a single drop of water in an ocean.”

Heritage Auctions called it the “finest known copy” of the game, with even the perforated cardboard hangtab intact. The opening bid at the auction was $US310,000.

In the past year, interest in factory-sealed video games has greatly expanded, and games for the Nintendo Entertainment System are often the hottest investments. Collectors have been able to quickly flip titles for thousands of dollars in profits.

Super Mario Bros., an iconic, fan-favourite video game that has since spawned multiple variations, was first produced in 1986.

It features two brothers, Mario and Luigi, who live in the Mushroom Kingdom and are charged with rescuing Princess Toadstool, who has been kidnapped by Bowser, the king of the Koopa. Complete with a recognisable theme song, Mario has remained a popular character among fans for decades.

According to the narrative from the original instruction booklet, the kingdom of the peaceful Mushroom People had been invaded by the Koopa, a tribe of turtles who turned the “quiet, peace-loving” Mushroom People into stones, bricks and plants. The only person who can reverse the magic spell is Princess Toadstool, the daughter of the Mushroom King.

In the game, players guide Mario on a quest to free the princess and save the kingdom of the Mushroom People. He navigates eight levels filled with giant mushrooms, menacing turtles and other strange obstacles.

“You are Mario! It’s up to you to save the Mushroom People from the black magic of the Koopa!” the original instructions tell players.

Mario’s presence expands beyond the video game world, too.

In March, Super Nintendo World opened at Universal Studios Japan in Osaka. Visitors can walk through the familiar green pipe at the park’s entrance, explore Princess Peach’s castle and eat burgers inside a giant mushroom, all with the Mario theme song playing in the background.

Most Viewed in Business