Move over Nigella! A guide to cooking with VINEGAR and a Sichuan recipe book take top prizes in Fortnum & Mason’s food and drink media awards

Cookbooks by big name chefs like Gordon Ramsay, Nigella Lawson and Nigel Slater lost out in the Fortnum & Mason Food and Drink Awards.

The ceremony, which moved online for the first time this year, recognises the very best in food writing and broadcast.

The Vinegar Cupboard by Angela Clutton won Debut Cookery Book of the Year, which offered a guide on how to cook with vinegar, as well as gives a detailed account of the condiment’s history. 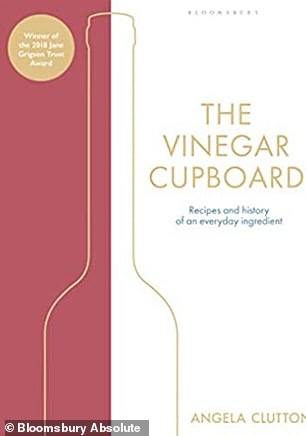 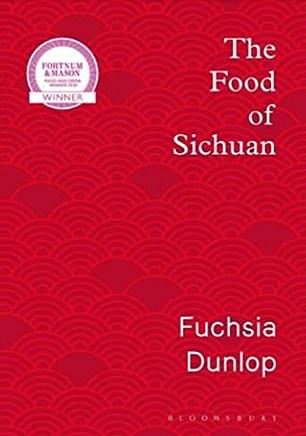 Angela Clutton’s The Vinegar Cupboard, left, won Best Debut Cookery Book, and The Food of Sichuan by Fuschia Dunlop, which was named Best Cookery Book of the Year (right)

Winners of the Fortnum & Mason  Food and Drink Awards 2020

FOOD WRITER: Wendell Steavenson for work in The Economist 1843 Magazine and the Guardian

COOKERY WRITER: Rachel Roddy for work in the Guardian Feast

RESTAURANT WRITER: Tom Parker Bowles for work in EVENT, The Mail on Sunday

PROGRAMME: The Amber Light by 52 Films

RADIO OR PODCAST: The Kitchen Cabinet by Somethin’ Else, BBC R4

PERSONALITY OF THE YEAR: Matt Tebbutt

Fuschia Dunlop won Best Cookery Book of the Year with ‘The Food of Sichuan,’ an updated and revisited version of her best-seller, where she revisited the region at the centre of her culinary influences and shared 50 new recipes.

The 13 winners were determined by an independent panel of experts including in food, drinks, food writing and hospitality, which was chaired by Ewan Venters, CEO of Fortnum & Mason.

The public were also invited to vote for two of the 15 awards, Food Personality and Digital Creator of the Year, for the first time.

Tom Parker-Bowles, son of the Duchess of Cornwall, was named restaurant writer of the year for his work in EVENT and the Mail On Sunday.

Food writer Bee Wilson, won Food Book of the year for ‘The Way We Eat Now,’ which  examines how the food industry and how we eat has transformed our lives. 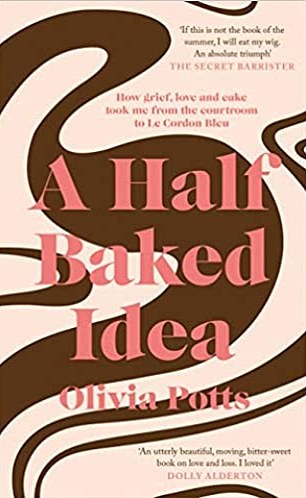 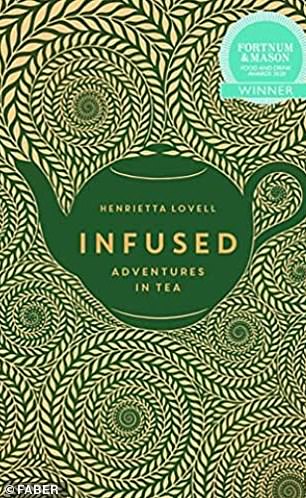 Olivia Potts won the Debut Food Book of the Year award for ‘A Half Baked Idea’, left. Right:  Henrietta Lovell won the Drink Book of the year for Infused: Adventures in Tea

Olivia Potts won the Debut Food Book of the Year award for ‘A Half Baked Idea,’ which tells the story of how she left her high-flying career as a lawyer to study cooking at the Le Cordon Bleu after the death of her mother in spite of having no cooking training.

British chef Matt Tebbutt was voted Food personality of the year while Miguel Barclay won digital creator of the year, a new category which was created this year.

Meanwhile when it comes to drinks, Infused: Adventures in Tea by Henrietta Lovell was awarded for it’s look at the country’s favourite hot drink. 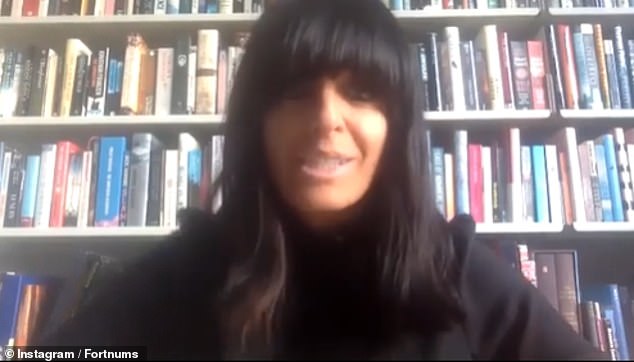 Strictly Come Dancing presenter Claudia Winkleman hosted this year’s Fortnum and Mason Food and Drinks award from home, due to the coronavirus

And The Amber Light by 52 Films, which follows spirits writer Dave Broom as he explores the origins of whiskey, won the award for Food Programme of the year.

The event was co-hosted remotely by Mr Venters and Claudia Winkleman, who virtually presented the awards from their respective homes.

Mr Venters said: ‘We take great pride in recognising the very best communicators in food and drink – not only the writers, programmers and photographers, but also the judges who give their time and experience to champion the best skills in the country.’