The RSPCA was called to reports of an injured swan at Stadt Moers Park on Tuesday. The bird was rushed to the vets but had to be put down after four pellets were found in her head.

Insp Showering said: “When Matt and I arrived we could see two swans sitting on a nest containing eggs on the banks of the park’s lake.

“We were really concerned because we could see blood on one of the swans, so Matt changed into his specialist water rescue kit and made his way into the lake.

“He was able to get hold of the female easily, so we knew she was badly hurt. 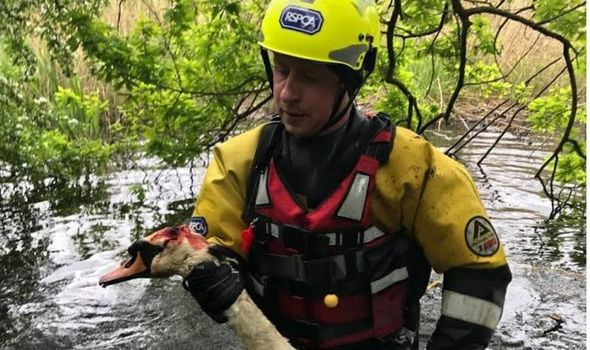 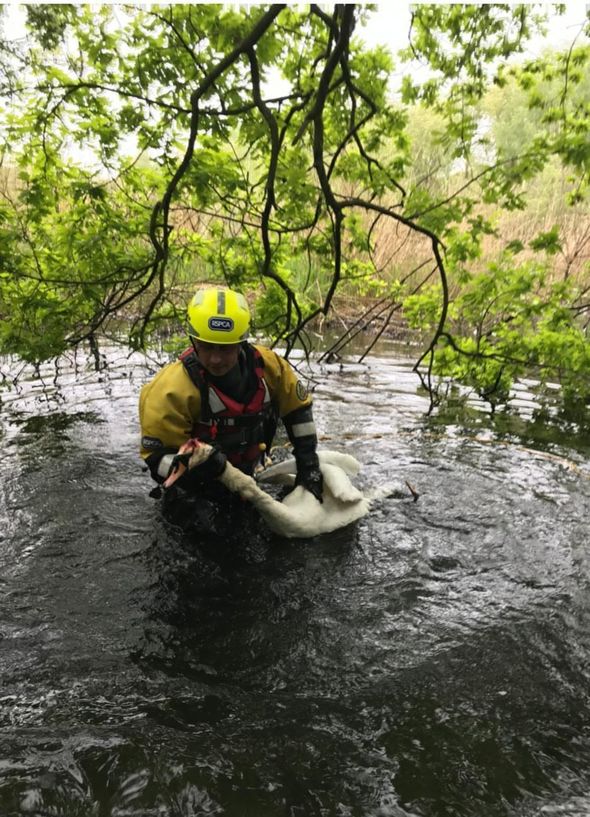 “As we carried the swan away from the lake we could hear her mate calling for her, it was very upsetting, especially as he will now have to protect the eggs, but it is possible he may be successful in raising the young alone.

“To think someone has done this deliberately is absolutely terrible, I can’t imagine why someone would be so cruel to a wild animal.

“The local people who have watched the birds for some time are also extremely upset.”

The RSPCA is appealing for anyone with information to contact them. 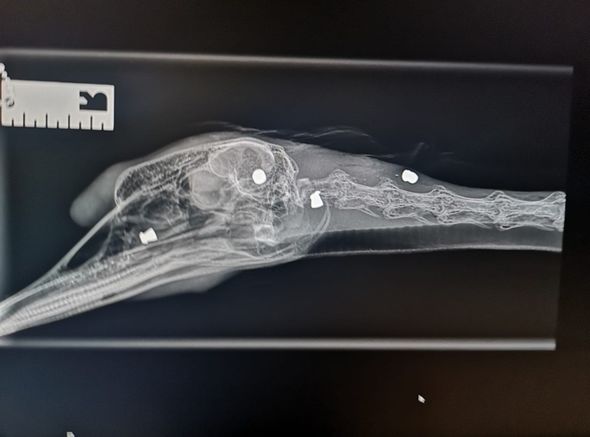 Insp Showering added: “It’s an offence to kill or injure a wild bird, not to mention a really cruel and horrible thing to do.

“We’re appealing to anyone who may have any information, no matter how small, to get in touch.

“They can leave a message for me in complete confidence by calling our inspector appeal line number on 0300 123 8018.”

Twitter users reacted with fury to the attack on the swan.

One said: “Shocking. So sad to hear this. Thank you for trying to save a life.”

Another wrote: “Needless and tragic. We need stronger punishment for the sick and twisted individual’s that do this.”

Another said: “Hope they catch whoever did this it sickens me that there are people who do these things to animals.”

A fifth asked: “Why are people so cruel?”

It is the latest in a spate of attacks after another swan was shot in Thatcham, Berkshire.

The RSPCA has dealt with 21,137 cases of animal cruelty since the coronavirus lockdown started on March 23.

The charity launched an emergency appeal last month to keep rescuers on the frontline during the pandemic.