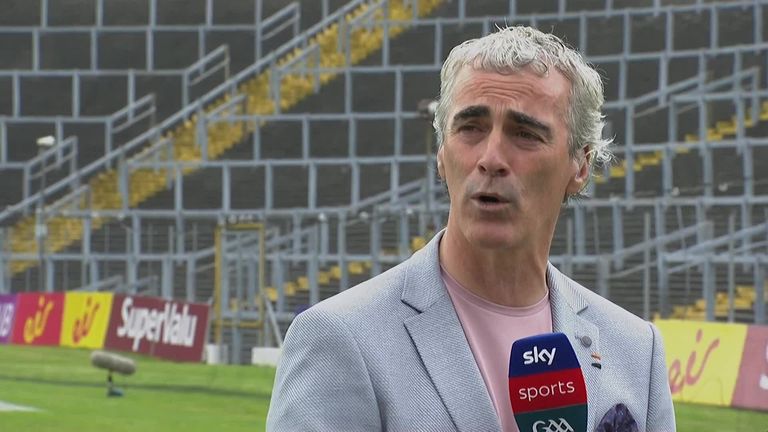 One of the biggest talking points surrounding inter-county action since its return last month has been the rising number of injuries.

Many experts warned a longer pre-season was needed, after just four weeks of training were given to football teams and three for hurling teams before their first National League games.

Michael Murphy, Cillian O’Connor and John Small are among the many players to have sustained injuries in recent weeks, but is that due to the shorter pre-season?

“These guys were running straight lines by themselves up and down pitches, to get their miles and their GPS [stats] up. But you can’t replicate a player coming at me 100 miles per hour and changing direction, and me having to move my body to go with him,” said Sky Sports pundit Kieran Donaghy.

“These players, in the middle of the pandemic last year in October and November, put themselves in harm’s way. They put their families in harm’s way to give us a product, to give us something to watch every week, to give people that outlet at the weekend to cheer on a team. And I think that the kickback to that should have been to ensure that at least for those players, they get a proper amount of time to get ready for a condensed season. That didn’t happen and that was wrong.

“It’s been incredibly unfair for players.” 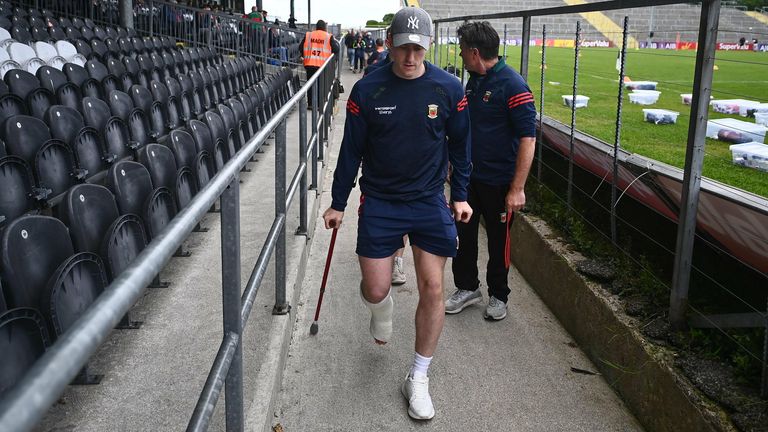 “The surfaces are harder, and they’ve been doing a lot of gym work,” he said. “So they’ve got a lot of strength and power built up. And then they’re going into that environment where they’ve got a lot of power under the bonnet, and they’re exploding, but they haven’t got the actual feel of that behind them over the course of the winter months. And that, for me, is where a lot of these things have come from.

“The bottom line is Michael Murphy has missed a huge amount. What is Donegal without Michael Murphy? What is Mayo without Cillian O’Connor? We’re going to find out. What is Kerry without David Clifford?

“And what is the championship without those players? That’s what people want to see. They want to see their superstars. And every county, it’s the best players in the county. 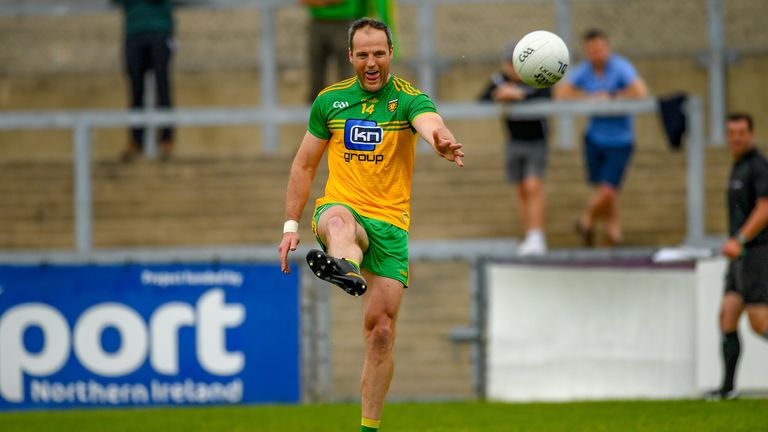 Peter Canavan disagreed with his fellow pundits, saying that the four weeks were adequate, and he noted that many injuries may have happened anyway.

“I would have thought the four-week window at the beginning would have been enough,” he said.

“And I know medical personnel thought otherwise, and Dr Pat O’Neill was on the Covid advisory committee. He spoke about six weeks. I know a number of other physios said players at this level need at least six weeks. But last year, there was a lot of injuries. That was evident, and it was a case of players coming back, doing too much, too soon, after doing too little for too long.

“This year, I thought it was different. The review group, the return-to-play protocol was put in place. A lot of work went into that. So players and coaches were well-advised prior to teams coming back.

“The other thing to bear in mind too, you had teams training longer than the four weeks. There were teams that obviously broke the guidelines and were back training. It’s disappointing that it happened. Then other teams were [disadvantaged] because they didn’t break the guidelines.”

The GAA’s decision to run the short pre-season came off the back of consultation with inter-county teams.

“They felt they’d be satisfied with three weeks so we said, well let’s test the water here and see if that’s the view of the other Division 1 and 2 [hurling] counties and it turned out it was,” Feargal McGill, the GAA’s director of player, club, and games administration explained in April.

“I’m not going to talk to you about sports science – there are people in the backroom teams of all those counties who understand sports science a heck of a lot better than me and they were reasonably satisfied with the trade-off to get the extra game versus the lead-in time.”