Industry Super Australia's submission to the federal government over proposed changes to the sector warns the current plan for it to weed out dud funds did not distinguish between "marginal and chronic" underperformance in the $3 trillion sector. 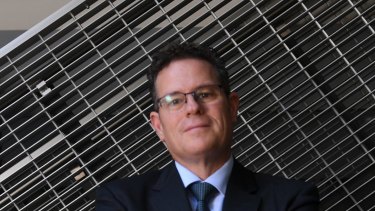 The Morrison government's Your Future Your Super reforms aim to reduce costs, limit duplicated accounts and improve returns. This includes a plan to force funds with investment returns falling 50 basis points or more behind a benchmark to tell members about their sluggish performance and, should the funds' returns not pick up for another year, stop them from adding new members.

Industry Super chief executive Bernie Dean said the reforms would benefit the banks and retail funds and recommended the government go further by testing all funds regulated by the Australian Prudential and Regulatory Authority.

"No matter how lousy they are these dud funds will be able to go on creaming $10 billion in profit each year from members, without having to answer how it is in the members’ best financial interests," Mr Dean said.

The lobby group's submission to the government's consultation period says the proposed should be more widespread.

An example proposed in the submission is for products to be shut down "after one assessment" by the regulator if it underperformed at an extreme level, such as 150 basis points below the benchmark.

Industry Super has also complained the measurement does not take into account administration fees.

"The government should consider introducing more stringent penalties for products that chronically and significantly underperform the proposed benchmarks," the submission says.

The lobby group raised further concerns about members left in underperforming funds saying it was not clear in the government's proposal what would be done to help people with poorly performing accounts to switch quickly to better options.

Future Super chief executive Kirstin Hunter was supportive of initiatives to increase transparency and make performance information public. But she also raised concerns about the effects on smaller funds, like Future Super which has 15,000 members and about $900 million under management, and those with different asset allocations and investment types.

Future Super focuses on fossil fuel-free investment options and was founded in 2014.

Industry Super wants the framework to use longer time frames to make its assessment of performance to "account for risk and market cycles" and sought clarity about how newer superannuation products would be measured.