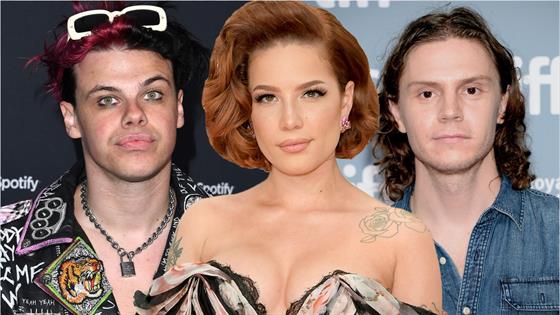 During her virtual visit to Capital Breakfast on Monday, Halsey revealed that she broke her ankle after a bizarre mishap.

While on the topic of her recent social media post, where the “Bad At Love” singer revealed that she had broken her ankle, she recalled the exact moment the injury happened, telling host Roman Kemp that it was the result of a dishwasher loading gone wrong and that she never imagined that this would be the way she’d hurt her ankle.

“I was loading the dishwasher and I pulled the door down to load the dishwasher,” she shared. “And the kitchen floor was wet and I tripped over the dishwasher door. And after, you know, 2,000 live shows, where I’m jumping around for two hours, I finally fractured my ankle. In the kitchen. At my house.”

Surprised by her tale, co-host Sonny Jay joked, “That’s not very showbiz, is it?”

Halsey also gave fans more context on Twitter. During a Q&A, she wrote, “I tripped over the open dishwasher door cause the kitchen floor was wet when I was loading the dishes and slammed my ankle bone into the metal and fractured it hahaha.” In another tweet, she said, “I REALLY slammed that f–ker haha” and joked that she’s only clumsy offstage.

Since sharing her injury with the world, Halsey has been keeping fans updated on her recovery on social media. Ahead of her interview, she posted a picture of herself sporting a bikini and showed off her healing ankle in a mirror selfie.

“I took my brace off my ankle cause it was itchy and now I need to put it back,” she wrote. “I made a quiche and fresh spinach butternut squash ravioli. Law is fun but hard. Beautiful sky. Can’t stop watching avatar. and judging from the baby pic I’ve been a disassociating little freak who romanticizes the 70s for my whole life. That’s all, thank you.” In recent weeks, Halsey has been keeping herself busy by staying connected and putting on virtual performances. For Disney’s Mother’s Day-inspired Disney Family Singalong: Volume II, the “Graveyard” singer performed “Part of Your World” from The Little Mermaid, channeling Ariel with fiery red hair.

Teasing her rendition on Instagram, she treated fans to some snaps of her bold new ‘do and captioned the post: “I’ll be singing ‘Part Of Your World’ tonight on The Disney Family Singalong: Volume II at 7/6c on ABC !!!!”