With the help of Nick Viall, Katie Thurston learned a lot about her suitors during the Monday, June 21, episode of The Bachelorette, and the former Bachelor opened up about working with the producers to plan the date on Us Weekly’s “Here for the Right Reasons.”

“It’s a collaborative effort. [Production and I] discussed it together, and we definitely worked together on the creative. It certainly wasn’t just me,” the “Viall Files” host, who often gives advice on the “Ask Nick” episodes of his podcast, told Us Weekly after Monday’s episode aired. “When I talked to the guys, you could say I, like, scared them a little bit in the sense of I do get DMs every season from exes [of the contestants on the show]. I ignore them — because it’s mostly nonsense — but the point is this stuff always comes out, right? And what a better feeling to have Katie hear it from you. It’s so much better to say, ‘Hey, I’m just gonna own who I am.’” 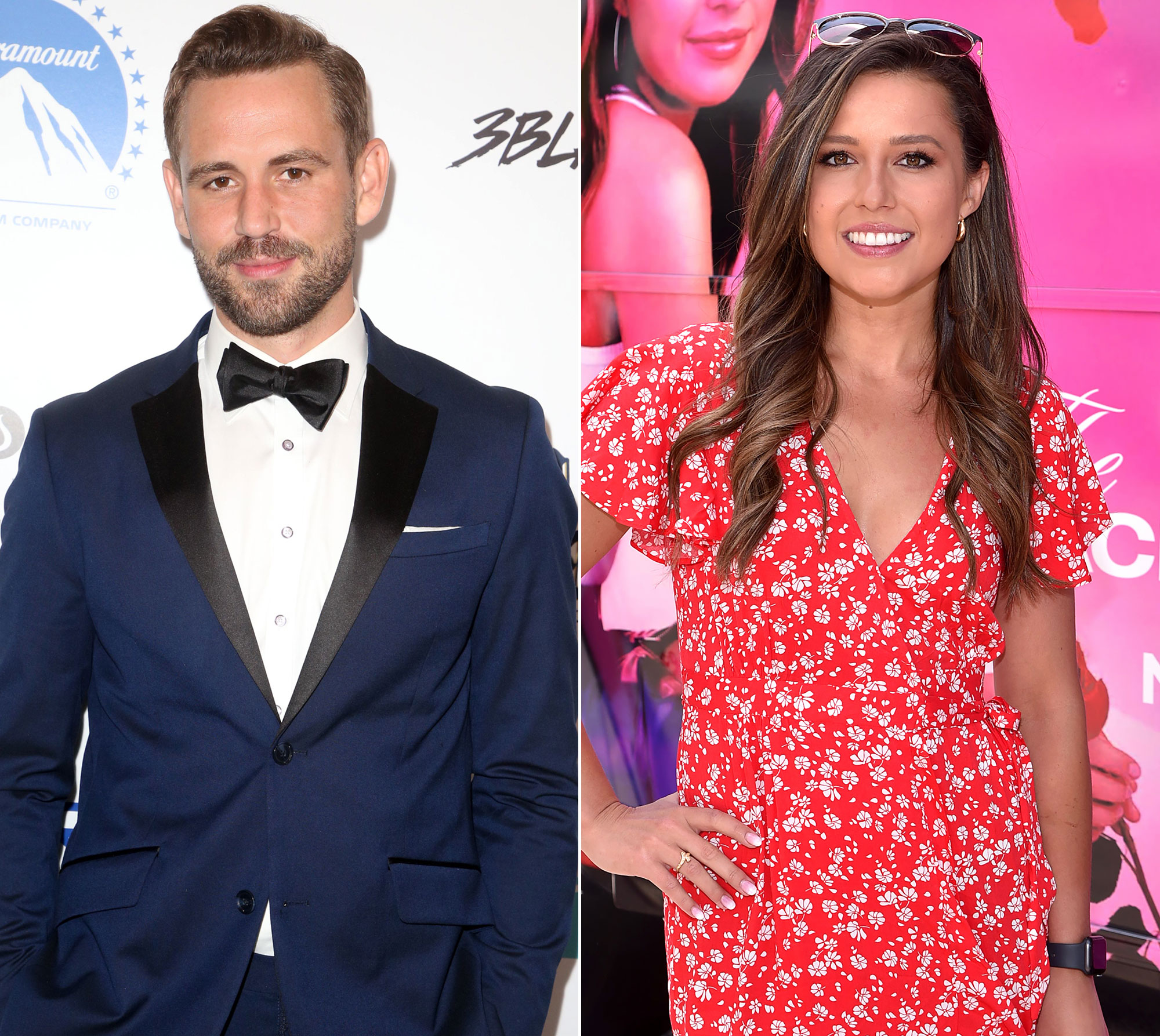 During the group date, Katie’s contestants discussed their “red flags” and admitted to wrongdoings in past relationships. Nick noted to Us that Hannah Brown’s winner, Jed Wyatt, could have had a very different ending on the series if he was more open from the beginning, which he tried to encourage the season 17 cast to do on the group date.

“I still stand by [that] Jed on Hannah Brown’s season’s story line could have gone so much differently,” Nick told Us, referring to Hannah breaking up with Jed shortly after his proposal amid allegations that he wasn’t honest about his past relationship. “I genuinely believe that Jed really fell for Hannah Brown, but at the moment when he fell for her, he decided to lie to himself and lie to producers and lie to Hannah, as opposed to just, you know, maybe pulling a producer to the side and [saying], ‘I don’t know what to do.’ And Hannah really liked Jed, so they would have helped try to help him out. That story line could have gone so much different had Jed just owned who he was.”

On Monday’s episode, Nick felt like Katie’s contestants weren’t afraid to go there.

“People just want to know that you’ll be honest with them. No one’s ever asking or expecting perfect. And we always make the mistake of sugarcoating things. When you’re just like, ‘Hey, by the way, I definitely sucked in this moment and this is what I learned,’” Nick explained. “People are not only attracted to that, [but] they’re just so refreshed by that. It really is a freeing thing. It was good that the guys really embraced that, and they definitely stepped, you know, Thomas not so much, but [the rest of them] did a good job.”

For more from Nick and Katie’s journey, watch the video above and listen to Us Weekly’s “Here for the Right Reasons” podcast.