In a high-tension and emotional segment from an upcoming episode of Mama June: Road to Recovery, 15-year-old Alanna Thompson, better known as Honey Boo Boo, confronts her mom, “Mama” June Shannon, about the latter’s drug use after a year-long estrangement. 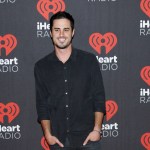 
All the Celebrities Who Have Struggled With Drug or Alcohol Addiction

In the clip, previewed on E! Online, Thompson, her sister Lauryn “Pumpkin” Shannon, and June Shannon, are in a meeting mediated by family therapist Dr. Ish Major finds a tearful Thompson telling her mother, “It’s just hard because you [weren’t] there for my first day of high school, and I think that’s a pretty big thing.

“It was hard for me not having my mom there, and I had to come home and tell Pumpkin what I was doing,” the teenager continued. “I’m very grateful that Pumpkin was there for me, but why weren’t you there? Why weren’t you there when I needed you most?”

Shannon’s battle with addiction has been well-known since her 2019 arrest for felony drug possession and the subsequent fallout were featured heavily in the last season of her reality show. She spent time in rehab and has reportedly been sober for 14 months.

Thompson, with encouragement from Major, relayed how much she has feared over the last few years that her mother would overdose.

“You don’t know how many nights I cried myself to sleep just hoping and praying that you didn’t overdose,” she said. “‘God, please don’t let my mom die. Please, just hold onto her. Just, please!’ I just wanted you there, and even if I texted your phone, I wouldn’t even get a text back. So hell, I never knew if you were alive or dead anyways.”

The face-to-face meeting shows just how destructive parental substance abuse can be and how many additional hurdles children of addicts face. Hopefully, Alanna and Lauryn are able to find healing after having the opportunity to explain to their mother the hurt she caused them.