Premiers will be given a frank assessment of the quality of their hotel quarantine arrangements as Prime Minister Scott Morrison boosts the number of stranded Australians allowed home each week from 4000 to nearly 6000.

Former health and finance department boss Jane Halton has finished her review of quarantine arrangements and will give a verbal briefing to national cabinet on Friday. 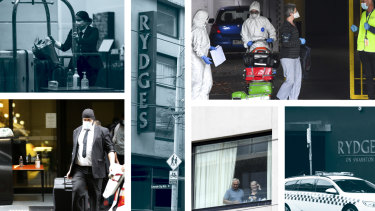 The state leaders have yet to see her report but federal government sources expect it to prompt a discussion of the differing levels of quality of quarantine arrangements.

Ms Halton was generally happy with what she saw across the states, a source said, and Queensland was probably the best.

NSW has been managing nearly 2500 international arrivals each week without having the kind of disastrous hotel quarantine breaches that led to Victoria's second wave of coronavirus cases.

But tens of thousands of Australians are still stuck overseas as airlines cancel their bookings due to caps on the numbers of people allowed into the country.

While the international arrival cap will be the subject of discussion at national cabinet, Mr Morrison said on Thursday it was "a decision … not a proposal" and would be in place by the end of September.

"The planes will land with people on them and they’ll be arriving," he said.

Premier Gladys Berejiklian has agreed to the Commonwealth request that her state take an extra 500 international arrivals each week.

South Australia has also agreed to bump up its international intake to 600 per week, from less than 240. Queensland and WA have been asked to add 500 each, doubling their weekly arrivals to about 1000. These numbers were informed by the Halton quarantine review.

"The Commonwealth government has made a decision that those caps have been moved to those levels and planes will be able to fly to those ports carrying that many passengers a week," Mr Morrison said.

West Australian Premier Mark McGowan said his state would need "significant Commonwealth support" to take an extra 500 people at such short notice, and continued to take issue with the federal government's handling of the issue.

"Bossing people around, basically saying they are just going to fly people in and dump them on our doorstep is not the way to conduct these matters," he said.

The accommodation industry says adding more people to quarantine numbers won't put it back on the road to profitability but will help hotels re-engage staff who have been stood down.

"Where the restrictions may lie is not necessarily in the capability or availability of hotels but it’s more the support required from the quarantine side of things," he said.

"That’s the critical link and that’s probably where in some regards we’re seeing some of our state premiers actually not as open-armed as others."

The international border developments come as Mr Morrison's stand-off with Queensland Premier Annastacia Palaszczuk over reopening the state to NSW drags on.

Mr Morrison said on Thursday he was "not expecting a lot of progress" from national cabinet over a COVID-19 "hotspot" model to guide domestic border decisions, threatening to freeze Queensland out as the only eastern state to remain closed.

The Prime Minister is continuing to push his preferred hotspot definition, drawn up by the federal health department, of more than 30 locally acquired cases over three consecutive days in metropolitan areas – a figure that would mean Queensland's border would open to NSW.

He dismissed a leaked draft statement by the Australian Health Protection Principal Committee outlining a potential compromise position that would satisfy Queensland.