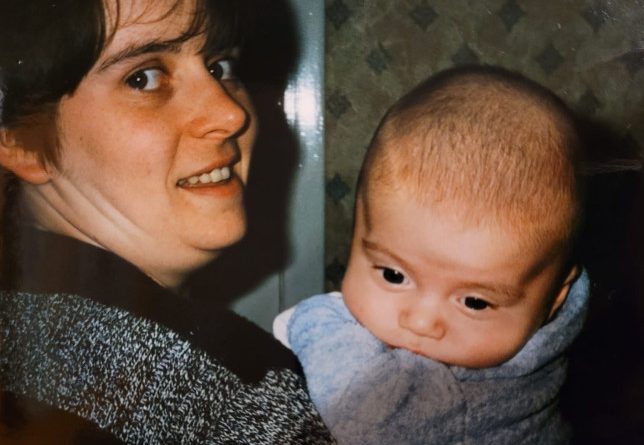 Eight years ago, when I was 15 years old, my mum sat me down and revealed one of the biggest secrets a person can keep: ‘I am gay,’ she told me.

I wish I could tell you that my reaction was one of support and understanding, but that would be a lie. It is one of my biggest regrets that I didn’t tell her then, ‘I’m proud of you’.

Instead, I remember sitting on the sofa on that unassuming Sunday morning, absorbing and, in equal parts, refuting the information my mum had just shared with me.

I knew then – as I do now – that there is, of course, nothing wrong with homosexuality. And the fact that people, in some cases, must hide who they are is deeply saddening.

But at the time, I tended towards the homophobic views of my peers and the television I consumed. I thought being gay was something that you should be ashamed of because society said so.

I was overwhelmed with fear that people at school would find out and worried about the ridicule that would inevitably ensue. All while selfishly ignoring what my mum must have been going through herself.

I can’t remember what I said to my mum after she revealed who she was, but I’m sure it gave her the impression that I was ashamed of her and made her feel regret. We all have a moment in our past that haunts even our best dreams: my reaction to my mum coming out will weigh on me until the day I leave this world.

What I do remember is abruptly storming out of the living room and leaving my heartbroken mother to deal with her decision to tell me, alone.

I wanted to be supportive but felt muzzled by societal pressures. We never spoke about the subject, and life went on.

I realise now that pretending like nothing happened was pathetic of me. The woman who had always been my crutch in life needed my support more than ever, and I was creating an ugly memory out of what should have been our most cherished.

About a month later, I received some more news: my mum wanted me to meet her girlfriend.

The first encounter was, by my own doing, innately uncomfortable. I barely mustered a smile, made no genuine attempt at conversation, and then abruptly retired to my bedroom.

But the reason why I handled this first meeting so poorly wasn’t because my mum was now with a woman – it was because now I knew that my parents’ divorce was absolute.

I guess you could say that I needed someone to blame. The person stood next to my mum that day could have been a man, and my reaction would have been the same. But by behaving in this way, I made my mum feel as though her being with a woman was the reason for my bitterness.

Their reactions to my behaviour were ones of concern and disappointment, and in turn, my relationship with my mum deteriorated.

Now that the truth was out there, I had never seen her happier

Before all of this, I liked to think that I was open-minded, for the most part. I had never held any animosity towards the LGBTQ+ community, but to say that I was an advocate would be false.

The artists I adored, such as Buju Banton, and the sitcoms I obsessed over, like Friends, had a principal influence on me and their content was often derogatory of homosexuality. Perhaps I sound like I’m making excuses – but as an impressionable teenager, I willingly followed the crowd.

I want to say that at no point did I think that my mum’s sexuality was wrong in and of itself – it was how other people could react that bothered me.

Around seven months after my mum came out, I realised that my concern over what other people thought was preventing me from having a healthy relationship with her, which was ridiculous. After I put my absurd worries to one side, I saw the situation for what it was: beautiful.

It started with me distancing myself from television shows such as Men Behaving Badly; instead, I swapped them for programmes like Orange Is the New Black. I saw homosexuality being portrayed in a more positive and accepting manner.

This was an integral part of my changing attitudes and ultimately, my public acceptance of my mum’s sexuality.

I realised that this was nothing new for my mum; she had been gay her whole life and had been living a lie. Now that the truth was out there, I had never seen her happier.

I asked my mum why it had taken her so long to be honest with me about her sexuality, and she told me because of how she thought I would react, which was warranted.

Today, my relationship with my mum is at its strongest.

I have apologised for my appalling reaction and for how I treated her and her then-girlfriend. I explained – at length – why I felt the way I did, and while it was no excuse, I hoped that she could find some way to forgive me. She told me she understood, and that she would love nothing more than to move forward.

Her immediate acceptance of my apology, I must admit, made the pain that my actions had caused both of us even more excruciating.

She has been happily married to a wonderful woman for two years now – someone she met only a year after coming out.

When they walk down the street together hand in hand, I smile.

I would encourage anyone reading this to learn from my mistakes. If you suspect that a family member, a friend, or a colleague is holding onto this secret, then let them know that you are here for them by openly showing your support for the LGBTQ+ community.

Champion the LGBTQ+ community in day-to-day conversations, call people out for homophobia and for using homophobic slurs, and distance yourself from music and television that promotes homophobic views. By doing this, the person close to you will know that you are accepting and is more likely to confide in you.

A person can never be happy unless they can be themselves.