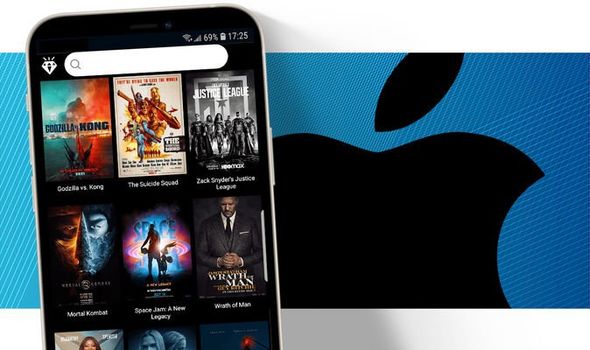 Pirates have managed to sneak a number of illegal streaming apps, which allowed iPhone owners to binge on the latest must-see boxsets and blockbusters without paying a penny, onto Apple’s fortress-like App Store by disguising them as puzzle games. Despite their presence on the App Store, these secretive streaming apps are illegal – and being caught watching copyrighted material for free can lead to some dire consequences.

Apple is incredibly strict about the types of software that it will – and won’t – allow onto its App Store, which is the only way to install new apps and games onto an iPhone or iPad. Likewise, Google has very similar policies and checks with its equivalent, known as the Play Store. As such, iPhone and Android users who want to download this type of streaming app usually need to jump through a number of (pretty complicated) hoops.

On iPhone, this usually includes jailbreaking the handset, which allows users to download from other App Stores, and on Android, users will need to allow software to be installed from third-party sources. Both carry a number of risks, including malware, ransomware, and voiding your hardware warranty – not ideal if something breaks and you need a quick repair.

The latest batch of apps are so interesting because they managed to get past the App Store gatekeepers.

First up, cunning developer Ha Miller created a fraudulent Sudoku game, dubbed Zoshy+. Instead of hours of endless number crunching, this fun game is designed to offer access to movie and television shows. According to reports on social media, users with Zoshy+ needed to type “777” into the search bar at the top of the app to reveal its true nature. 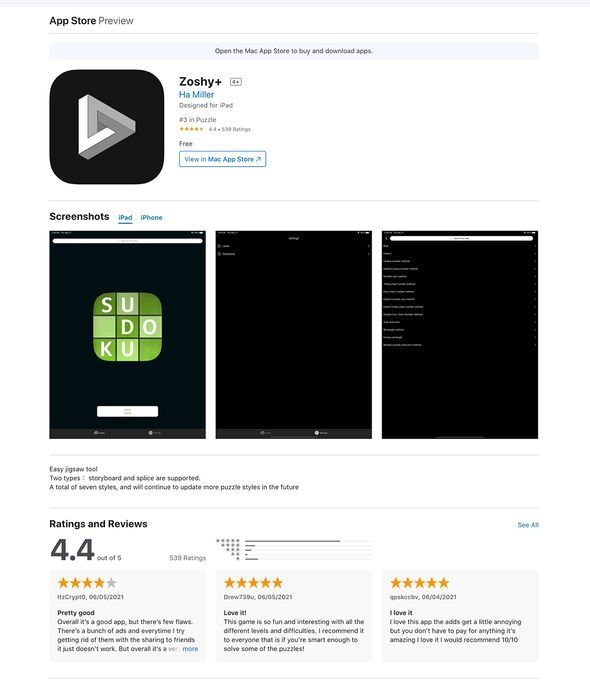 In cultures across the globe, the number 777 is considered to be important or lucky. It’s unclear how new users would learn about the trick to unlock the app’s true functionality. However, this clever method of hiding the true nature of the app seems to have been pretty effective at getting around Apple’s checks. On the Play Store, the screenshots advertising the app clearly show dozens of movies available to watch… so, it’s not difficult to imagine how users worked out what it was really for when shopping on that platform.

In fact, the method was so successful, it seems the developer has used it multiple times.

As spotted by piracy-focused blog TorrentFreak, another app, dubbed Noyox, which seemingly has an identical functionality identical to Zoshy+ also managed to sneak onto the App Store. Like Zoshy+, the app allowed users to stream some of the latest blockbusters as well as Holywood classics without any advertisements, rental fee, or subscription cost.

Zoshy made its way onto the Google Play Store as well as the App Store, although both have now been removed. Noyox has also been taken down by Apple. 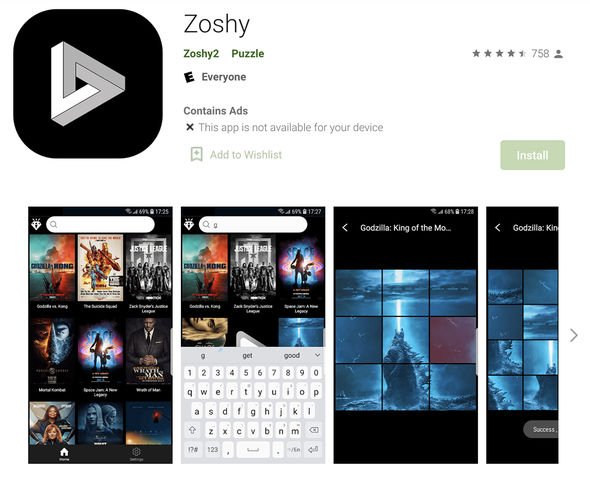 While it might be tempting to investigate these apps, or any apps that claim to offer the same functionality, it’s worth remembering that streaming anything that you should be paying for – whether that’s on your laptop, mobile phone, or using a set-top box – is illegal.

Downloading and streaming, which is really nothing more than a temporary download on your machine, are the same offence in the eyes of the law – despite what some still mistakenly believe. A common misunderstanding, there is no legal “grey area” around the use of streaming over downloads. Distributing or watching copyrighted material for free without the permission of the rights holder is against the law and carries some servers penalties in the UK, including up to a decade in prison.

Most Internet Service Providers, ISPs, in the UK block access by default to some of the most well-known pirate repositories, like The Pirate Bay. There are also a number of ongoing campaigns to send out warning letters sent out to internet users found to be downloading content illegally – something ISPs can track with ease.

Apple and Google are also both clearly acting swiftly to remove any of these trickster apps from their respective storefronts.