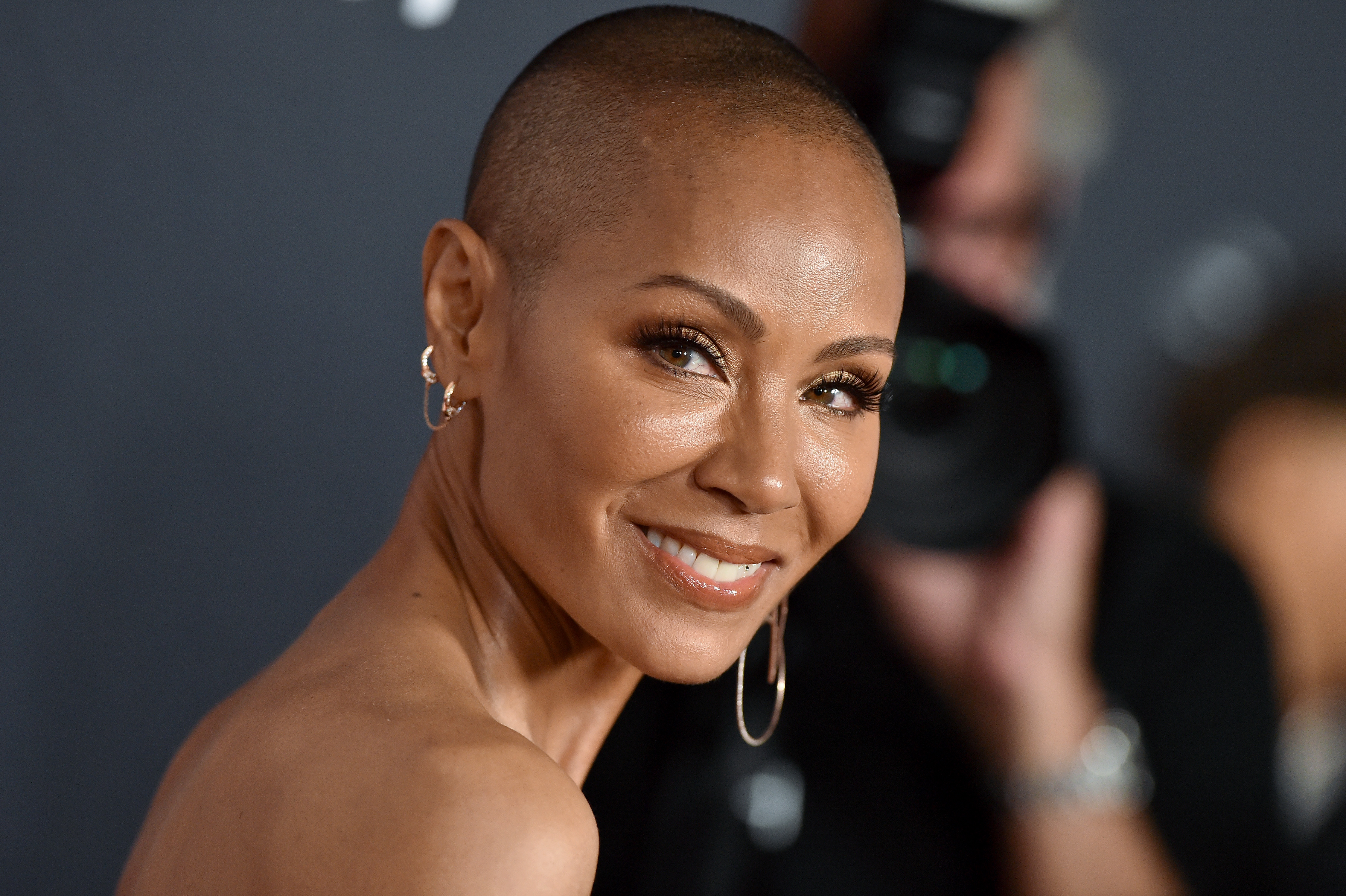 My heart goes out to Jada Pinkett Smith.

Having lost all my hair to alopecia in 2017, I know what it’s like to deal with thoughtless comments and jokes. Granted, not in front of a TV audience of millions… but still. It happened and it hurt.

Soon after coming out about my own hair loss, I decided to try wearing a head scarf instead of a wig on the school run one afternoon.

I watched tutorials online and spent a long time trying to make the scarf look right, but I still felt horribly conspicuous.

And as I made my way to my kids’ classroom door at the end of the day, a dad yelled across the playground, ‘Oi oi! It’s Mystic Meg! Come to read our fortunes, have you?’

I was speechless – upset that the trauma that I’d been trying to deal with so bravely had been seen as ripe for ridicule, yet feeling powerless to say anything.

Yes, it was just a Mystic Meg joke, in the same way that Chris Rock made just a GI Jane joke… but when you’re the person having your most vulnerable experience mocked in public, there is no just about it.

I very clearly remember wishing that someone would speak up on my behalf. I didn’t yet have the confidence to do it for myself and so I wanted someone else to talk to this man and educate him.

But at no point during that humiliating walk across the playground did I wish that my husband (or Will Smith, for that matter) would thump the dad in question.

What I wanted was for him to be reminded that I’m human; that there was a story of immense pain and hurt preceding the moment I walked into that playground with a scarf on my head.

I do understand Will Smith’s emotional reaction to a point – but his physical reaction wasn’t the answer.

And while you might have seen the tearful apology made by Will in his subsequent Best Actor acceptance speech, I felt like he missed an incredible opportunity to advocate for the alopecia community on Sunday night and to show true support and solidarity with Jada.

Instead, he made it all about him. How dare someone mock his wife? He emotionally tried to explain his aggression as an act of loving and protecting his family – a responsibility which seems to weigh heavily on him. He talked about the disrespect that comes with being in his industry.

Except it wasn’t him that Chris Rock disrespected, it was Jada. It was Jada who responded to Rock’s joke with an uncomfortable eye roll, as if to say ‘Really? You’re joking about my alopecia here? Now?’ while her husband initially laughed beside her.

I know about the reality of supporting the person you love through the trauma of losing her hair, just like my family did for me. I know that absorbing my pain and fear took its toll on them, and just as my husband was there for me when I needed him most, so Will would have doubtless comforted Jada through her tears and supported her in some of her darkest moments.

I know he’d have pulled clumps of hair out of the plug hole and from Jada’s brush. I know he would have told her that she was beautiful to him no matter what, and I know she’d have had a hard time believing that.

So with all that knowledge and experience behind them, in some ways it’s unsurprising that he reacted so emotionally to someone turning his wife’s trauma into a public joke.

But I suspect his dramatic behaviour was borne mainly from embarrassment at his initial laughter at Rock’s joke. I imagine that when the cameras cut away, Jada made her feelings clear: perhaps expressing disappointment that her husband hadn’t shown stony-faced solidarity while the audience laughed around her.

And so how could Will maintain his identity as protector of the weak (aka women), without walloping Jada’s aggressor and making very sure everyone knows that no-one can get away with disrespecting his wife?

Because the only way for any of us to be allies and advocates for those we love is to put them at the centre of our words and actions, and leave our egos at the door.