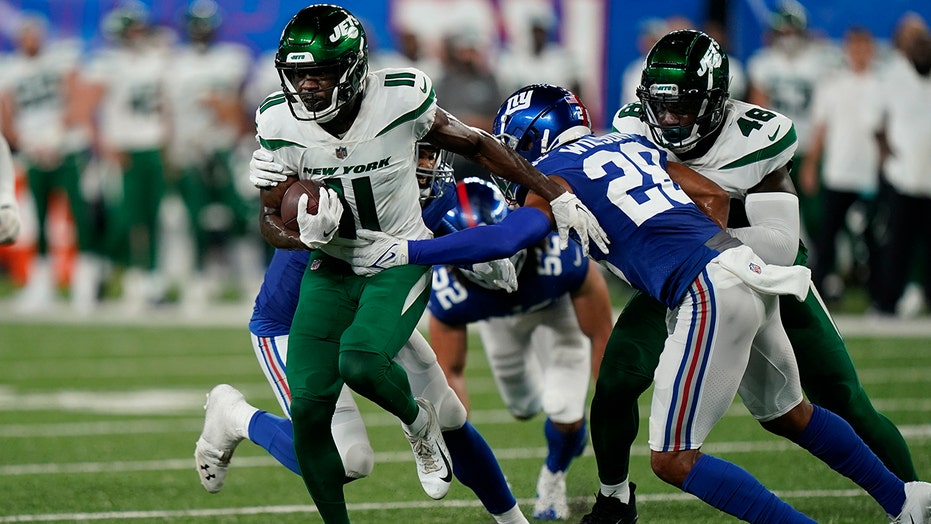 New York Jets wideout Denzel Mims has fallen through the cracks in a stacked wide receivers room but the team is reportedly turning down trade inquiries with the belief that he’ll soon reach potential.

The Jets have received calls as of last week when Mims was a healthy scratch in New York’s blowout loss against the New England Patriots but the organization has no intentions on trading him for now, the NFL Network reported.

“I’m pumped for Denzel and the week he’s had,” head coach Robert Saleh told reporters on Friday. “Obviously, he’s growing just like the rest of the team is. So we’ll see on Sunday.”

Mims was targeted just once for a 40-yard reception in the Jets season opener against the Carolina Panthers. Reports began circulating that he was struggling with the playbook but Saleh explained last week that he won’t play until he learns to be more versatile.

Rookie quarterback Zach Wilson’s two top targets this season have been Corey Davis and Elijah Moore with Braxton Berrios vying for a top spot. Jamison Crowder has been injured but his return will make the competition all the more difficult for Mims.

Mims, the Jets’ 2019 second-round pick, played in nine games last year. He hauled in 23 receptions for 357 receiving yards with no touchdowns.