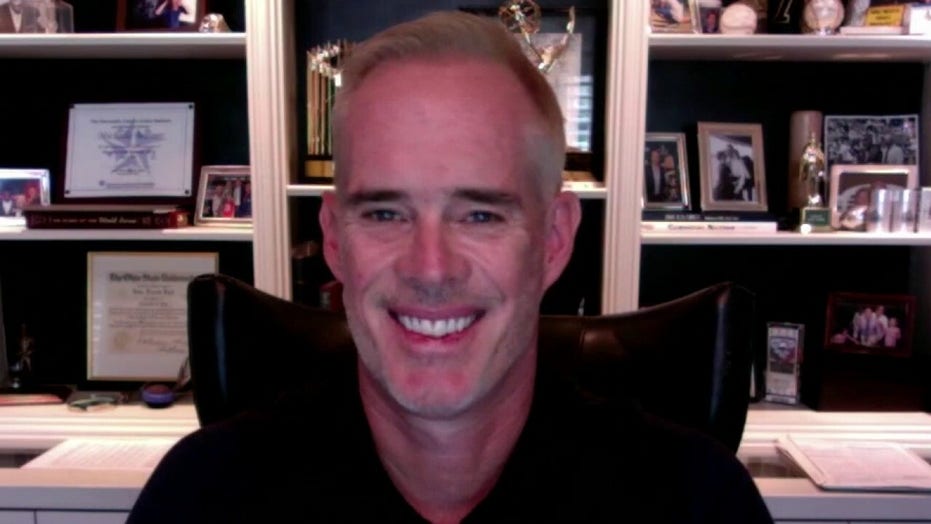 Thursday night was a big night for the NFL’s Cleveland Browns, who notched a win over their division rivals, the Cincinnati Bengals.

But it was an even bigger night for FOX Sports play-by-play sportscaster Joe Buck, who called the game for NFL Network along with former NFL star Troy Aikman.

Buck, 51, learned during the broadcast that he’ll be joining his late father – legendary sportscaster Jack Buck – as an inductee in the Pro Football Hall of Fame in Canton, Ohio.

The surprise announcement came from Hall of Fame President and CEO C. David Baker in a recorded video played during the broadcast.

“Joe, I know your dad would be very proud that you’re following in his footsteps because tonight we’re announcing that you are the recipient of this year’s Pete Rozelle Award for 2020.” The honor meant Buck and his father would become the first father-son recipients of the award.

“Congratulations, Joe. Welcome to Canton,” Baker said. The Pete Rozelle Radio-Television Award is named for the longtime NFL commissioner, who died in 1996 at age 70.

The announcement also included a video tribute to Buck, narrated by his friend, actor Paul Rudd, that shared details of his career – including his work as an MLB announcer and the fact that he and Aikman were entering their 19th season as an NFL broadcasting team.

“I don’t even know what to say,” Buck said afterward. “I feel like, what? That’s unbelievable.”

Buck, who has broadcast six Super Bowls and almost every World Series since 1996, went on to thank Rudd, Aikman and several broadcasting colleagues. 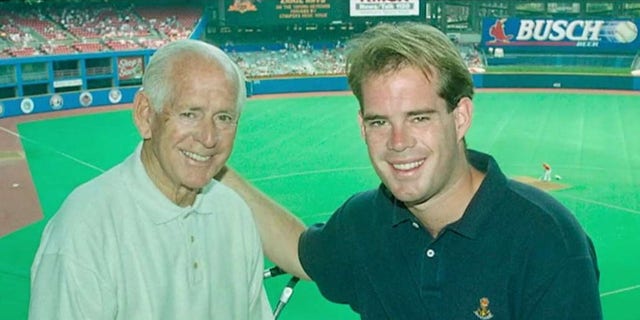 Joe Buck is seen with his father, legendary sportscaster Jack Buck, who died in 2002.

“What a night. Absolutely blown away and honored,” Buck said of his reaction to the news.

The screen then showed an image of Buck’s father, Jack, the longtime voice of baseball’s St. Louis Cardinals who also had a distinguished career doing MLB and NFL broadcasts for national networks.

The elder Buck, a native of Holyoke, Mass., who was awarded a Purple Heart after service in the U.S. Army during World War II, died in 2002 at age 77.

“Great announcer, better man,” Buck said of his father. “And I miss him.”