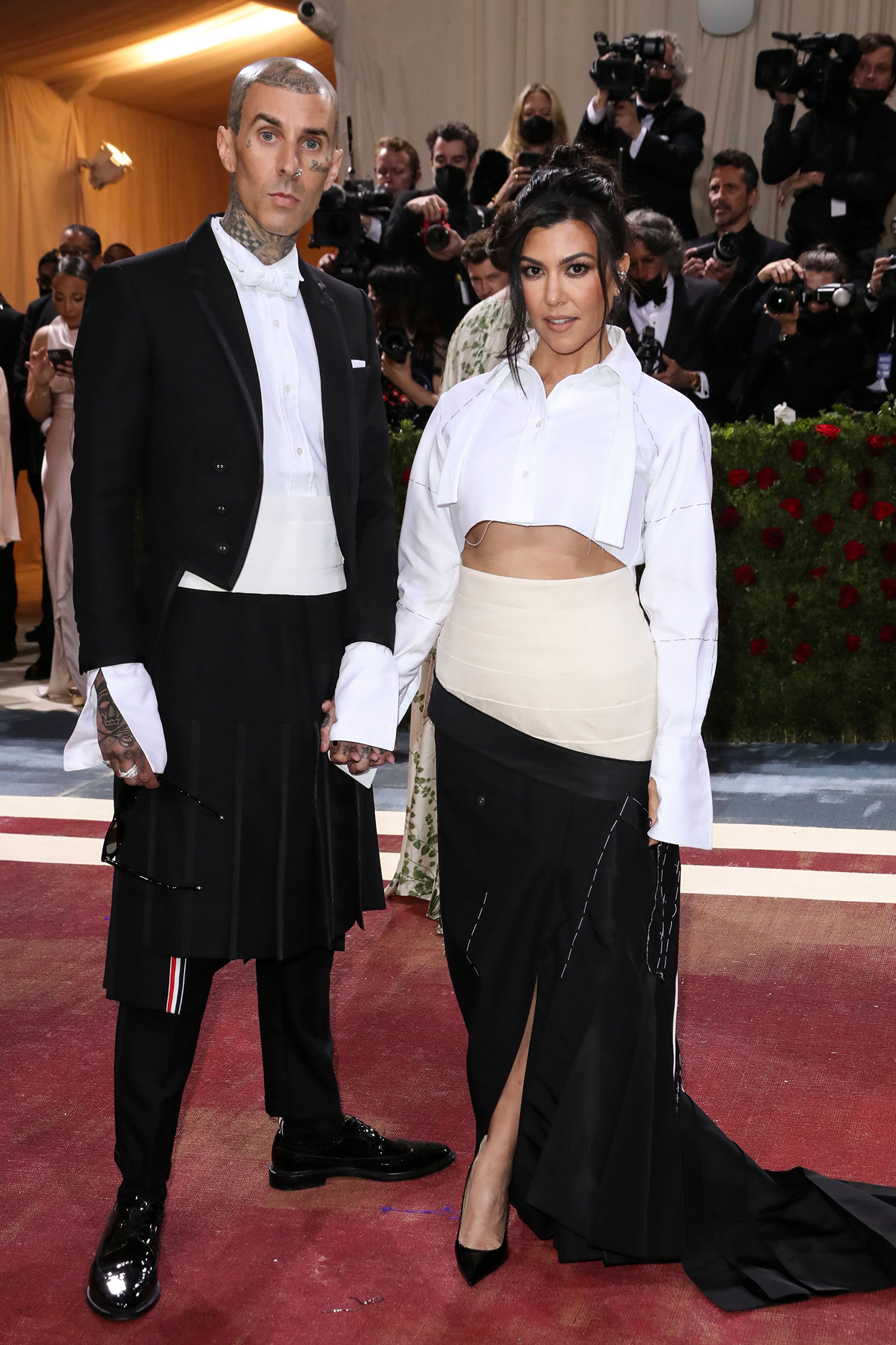 They do?! Kourtney Kardashian and Travis Barker appeared to have another wedding ceremony on Sunday, May 15.

The engaged stars were photographed outside a courthouse in Santa Barbara in photos obtained by TMZ. Kardashian, 42, wore a white mini dress and a veil while Barker, 46, wore a black-on-black suit. They posed by a black convertible baring a “Just Married” sign on the back, and the outlet reports that the two exchanged vows outside the downtown courthouse.

This wouldn’t be their first time saying “I do.” The loved-up couple went to a chapel after the Grammys in Las Vegas last month. They had a small wedding ceremony in the early hours of Monday, April 4, at the One Love Wedding Chapel in Sin City, but they later revealed that it was not legal since they didn’t obtain a marriage license.

“Found these in my camera roll,” the Poosh founder captioned an Instagram slideshow two days later. “Once upon a time in a land far, far away (Las Vegas) at 2am, after an epic night and a little tequila, a queen and her handsome king ventured out to the only open chapel with an Elvis and got married (with no license). Practice makes perfect.”

During an appearance on Jimmy Kimmel Live! later that week, the California native revealed she and her love tried to obtain a marriage license, but the office was closed, forcing them to settle for a practice run. She also explained that she informed her family via their group text, with Khloé Kardashian tuning in via FaceTime.

“I was sleeping,” sister Kim Kardashian said. “She put it in the group chat, like, ‘Oh, hey guys, by the way … I got married last night!’ And I woke up to like, a million texts.”

The surprise ceremony occurred nearly six months after the Barker Wellness Co. founder proposed to the Keeping Up With the Kardashians alum at the beach in Santa Barbara. Us Weekly confirmed in January 2021 that the reality stars were dating after many years of friendship.

Kourtney, who has no prior marriages, shares three kids with ex-boyfriend Scott Disick: Mason, 12, Penelope, 9, and Reign, 7.

The pair are planning to expand their family. They’re documenting their invitro fertilization (IVF) journey on The Kardashians, a process they’re taking very “seriously,” a source exclusively told Us in April.

“Travis is fully supporting her every step of the way,” the insider noted, adding that the couple were “very close” before Kardashian began the treatment. “The journey just affirmed their bond and love for each other.”

Us Weekly has reached out to representatives for Barker and Kourtney.