Kourtney lays out why she didn’t dive back into a relationship with her ex when they were both single.

Kourtney Kardashian called out her family members for throwing support behind Scott Disick anytime he says he wants to rekindle their romance — saying they don’t know the full story.

Throughout the final season of “Keeping Up with the Kardashians,” a “Will they, won’t they” dynamic between the two exes has played out and Kourtney is frustrated her family has urged her to reconsider their relationship without getting her side.

“I just feel like I’m really over it with my family enabling Scott because they don’t know all of the details,” she said in a preview clip from Thursday’s series finale. “When Scott and I broke up, I set certain boundaries with him.”

For her, consistency is key and she explained how she told Scott she wouldn’t sit around waiting for him to work on himself. “I living my life and you’re working on you,” she told Khloe Kardashian she told him. “You’re so inconsistent, I need to see if you can be consistent.”

“Scott’s made so many major life improvements and he’s such a great dad and I’m really proud of him, but the biggest thing is just having consistency,” she added in a confessional. “I think him playing the role of the victim, I can’t keep having it going on and on.” 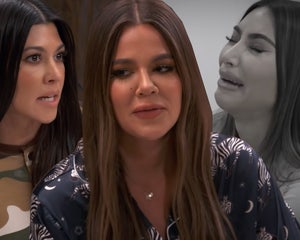 Kim Kardashian wondered if she’d ever straight-up tell Scott, “Hey, it’s never gonna happen,” with Kourt explaining she wouldn’t because that’s not something she knows for sure herself. As Khloe said, “She’s saying it’s never gonna happen right now until you show me, for one year, you can …”, Kourtney added, “Get your s— together.”

“But that’s never been able to happen,” Kourtney continued, before explaining why she’s frustrated with her family’s blind Scott support. “You guys usually agree with him and you’re like, ‘Yes, Kourtney, what is she doing? Why isn’t she taking it seriously, you’ve changed so much, you’ve done this.'”

When asked what she wanted her sisters to do, Kourtney said, “To stop agreeing with him, because that’s not true.” She added, “I put it back on him and say, ‘The things that I’ve asked of you to do since we’ve broke up have not been done.’ My point was, if he ever says it to you guys, just feel free to say that one thing and end the conversation.”

With that, Khloe apologized for making Kourtney feel unsupported and said it was “not our intent” to hurt her. “We’ll do better, you’re right, 100%, you are,” she added. The clip ends with Kourtney telling them, “I want him to feel supported … I think the best for him is to put it back on him. Learn to be accountable.”

The series finale of “Keeping Up with the Kardashians” airs Thursday on E! 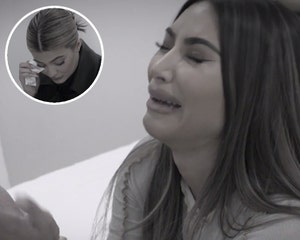 Kim Kardashian Breaks Down After 'Big Fight' with Kanye West: 'I Feel Like a F—ing Failure'