No one is safe in Provincetown! In the first official trailer for season 10 of American Horror Story, a writer’s efforts to find a safe haven to work quickly becomes a living nightmare.

Everything We Know About ‘AHS: Double Feature’

FX released the first look at American Horror Story: Double Feature, which will be broken into two parts, the first of which is titled, “Red Tide,” on Friday, August 13. In the teaser, Finn Wittrock’s Harry Gardener and his pregnant wife, Doris Gardener (Lily Rabe), are unaware that the seaside Massachusetts town they’ve escaped to for inspiration is a haunting place that may kill them.

After meeting some of the locals, Harry finds that his writer’s block is gone — but in its place is an increasing need to succeed. 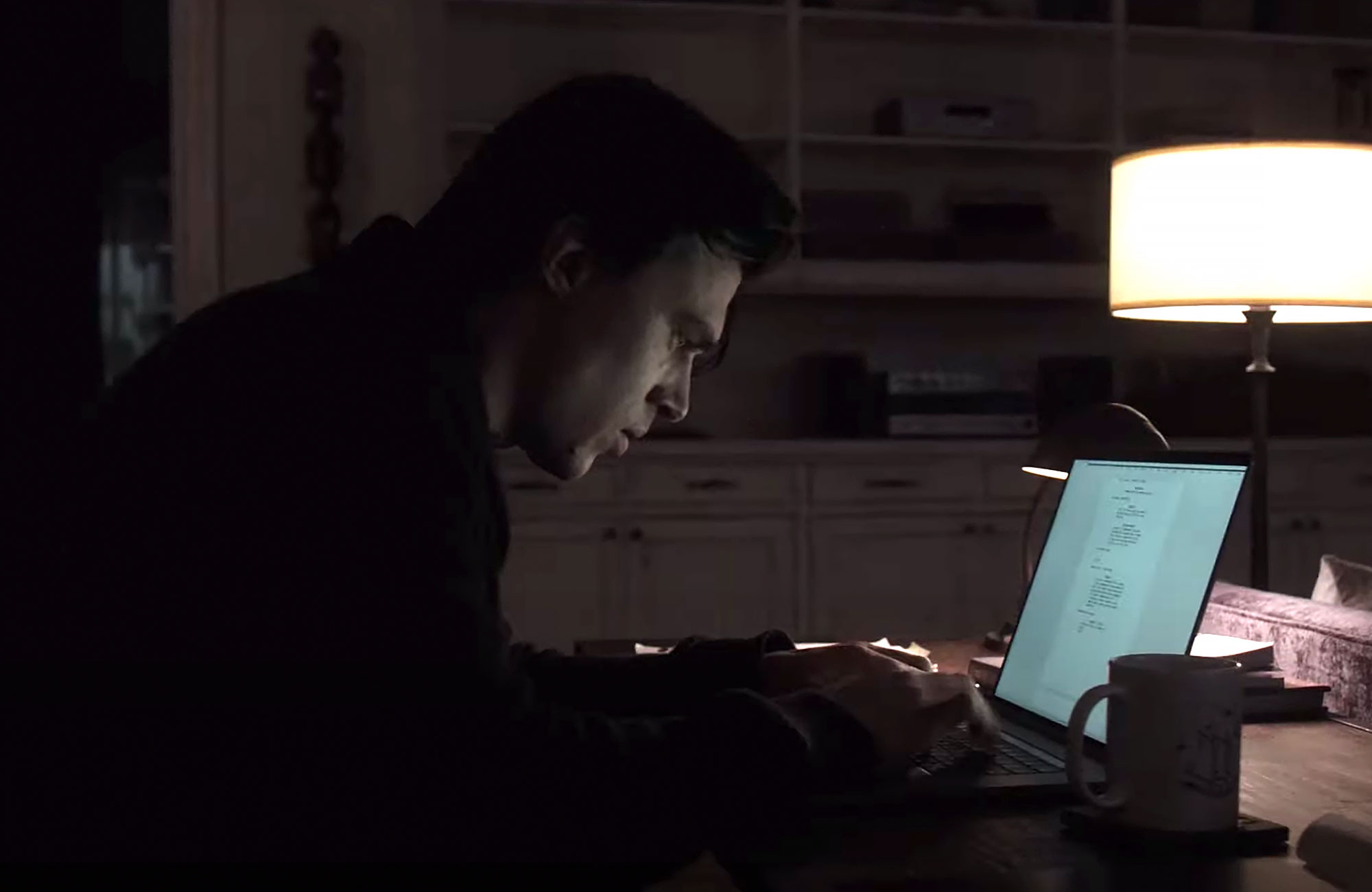 “This place inspires us,” Evan Peters’ Austin says in the clip while sitting beside Frances Conroy’s Belle Noir. He later insists that Harry’s problems finding something to write about won’t last long.

Glimpses of the author hard at work, frantically typing on his computer flash across the screen as his daughter, Alma (Ryan Kiera Armstrong), aggressively practices her violin with no signs of stopping.

‘American Horror Story’ Cast Guide: Who’s Been on Which Season?

“Something weird is going on here and I want to know what it is,” Leslie Grossman’s Ursula tells her friend Mickey (Macaulay Culkin) at one point. Mickey just stares blankly at her.

Harry and Doris’ neighbor’s intentions seem to become more sinister throughout the trailer. 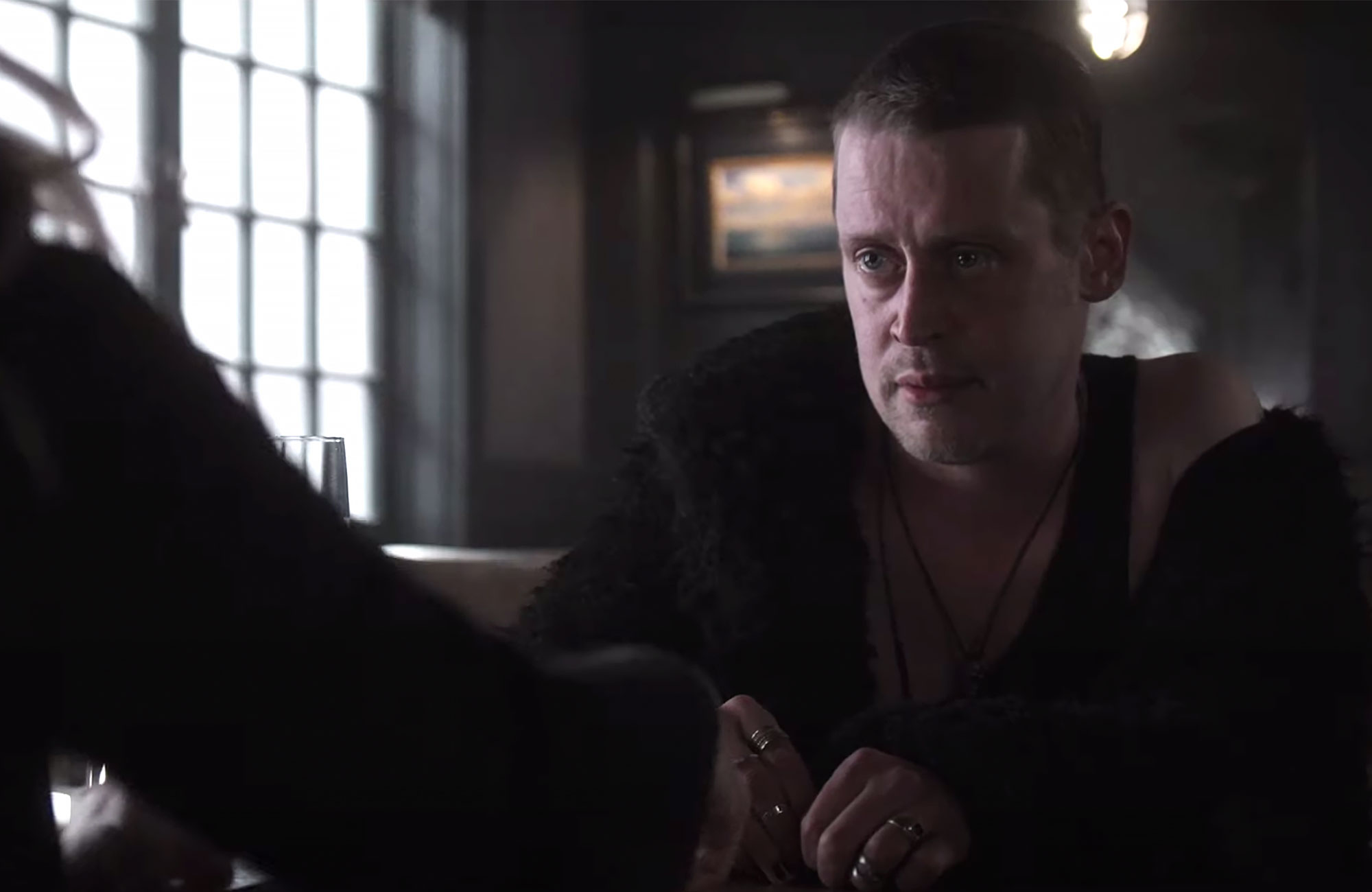 “There’s nothing more addictive than success. You’ve tasted it now,” Belle Noir says before pulling a gun on the newcomer. “You’re never going to be able to live without it.”

There are also clips of body parts on the sand — which Denis O’Hare’s Harold discovers — Doris experiencing a painful labor, a haunting cemetery and scary figures coming through the couple’s window.

“It takes pain to make beautiful things,” Doris and Harry’s daughter says before more imagery of death, blood and destruction scrolls across the screen.

AHS creator Ryan Murphy previously announced season 10’s theme with a short title video in March. “Two horrifying stories … one season,” the video read as footage of waves crashing on the sand played across the screen. “One by the sea … one by the sand. More to come…”

The same month, Murphy, 55, posted a photo via Instagram of Culkin, 40, and Grossman, 49, on the beach dressed in winter coats while they were filming.

The new season is set to include even more familiar AHS faces, including Billie Lourd (as Lark), Sarah Paulson (as TB Karen), Adina Porter (as Chief Burelson) and Angelica Ross (as The Chemist).