MARCUS RASHFORD looked as gobsmacked on the pitch as Paul Scholes did in the stands after the England striker produced an astonishing miss during Manchester United's second vs third clash at Leicester.

It would not be uncharitable to say man-of-the-moment Rashford for once put himself in the spotlight for unwanted reasons when from six yards he headed over a net that was as empty as the seats behind it. 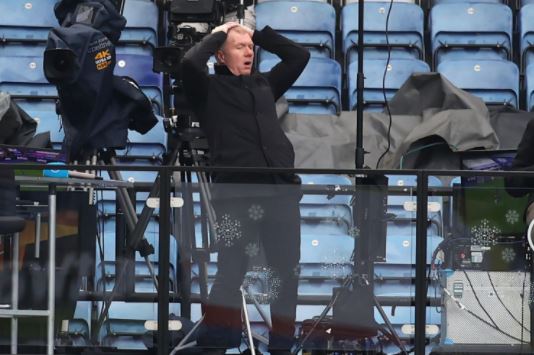 And United legend Scholes said it best without saying a word.

The TV pundit arched backwards, open-mouthed and with his hands clutching his head.

Rashford recovered well enough from that second-minute blooper to tuck United ahead midway through the half, making him at 23 the third- youngest United player to reach 50 Prem goals.

Harvey Barnes, though, soon levelled for the Foxes with a 20-yard stunner.

And Rashford's goal failed to save him from him being reminded of an incredible but unwelcome stat.

Sky Sports pointed out he has failed to head a scoring attempt on goal since… last Boxing Day!

Nothing can detract from Rashford's achievements on and off the field over the year, though.

And he was joined by Old Trafford team-mate Brandon Williams in helping Manchester's homeless over Christmas.

That came days after Rashford was given a special award at the  BBC Sports Personality of the Year event, having been made an MBE in October. 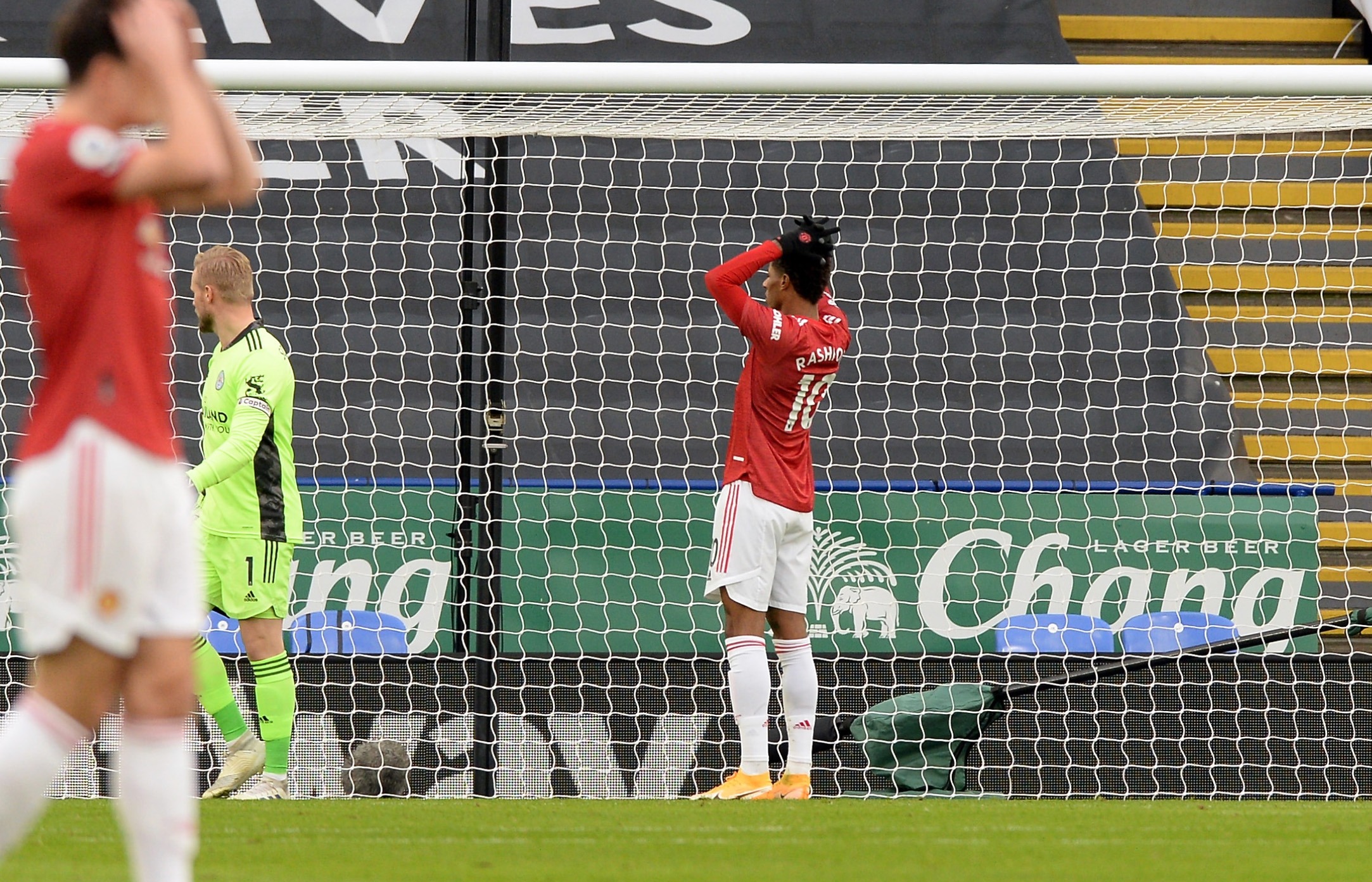