Mother reveals her regret over giving her daughter, 2, a treat in the car on the way home from supermarket when she fell asleep and smeared Terry’s Chocolate Orange EVERYWHERE

A miffed mother has said she has ‘Britain’s messiest toddler’ after her daughter caked her car in chocolate.

Ami Brunton, 34, from Yarm-On-Tees, North Yorkshire, realised she’d made a mistake after giving her two-year-old tot Lainey Farndale a snack.

The mother caved in and let her have a Terry’s Chocolate Orange on a 20-minute journey home from the supermarket. 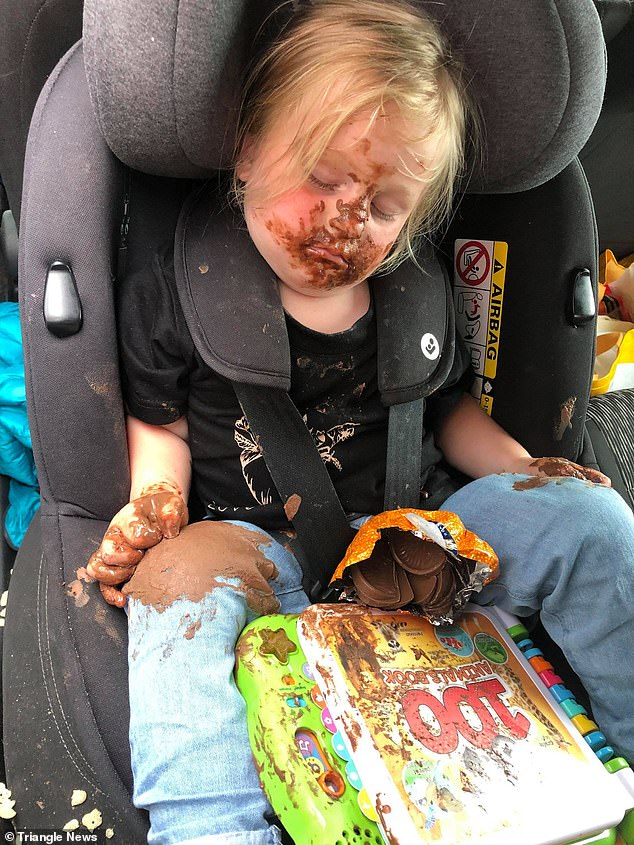 But she didn’t realise Lainey had dozed off mid-eating her favourite treat, which still had segments left in the wrapper.

It wasn’t until Ami got home she realised it was smeared over the whole car interior, her seat, face, clothes and her book she was clutching.

The mother-of-three – who also has Kaci, 13, and nine-year-old Deacon – posted the snap on Facebook and it racked up over 10,000 likes.

She said: ‘We were just coming home from visiting her new baby cousin and she wanted the Chocolate Orange she left in the car from visiting Tesco. 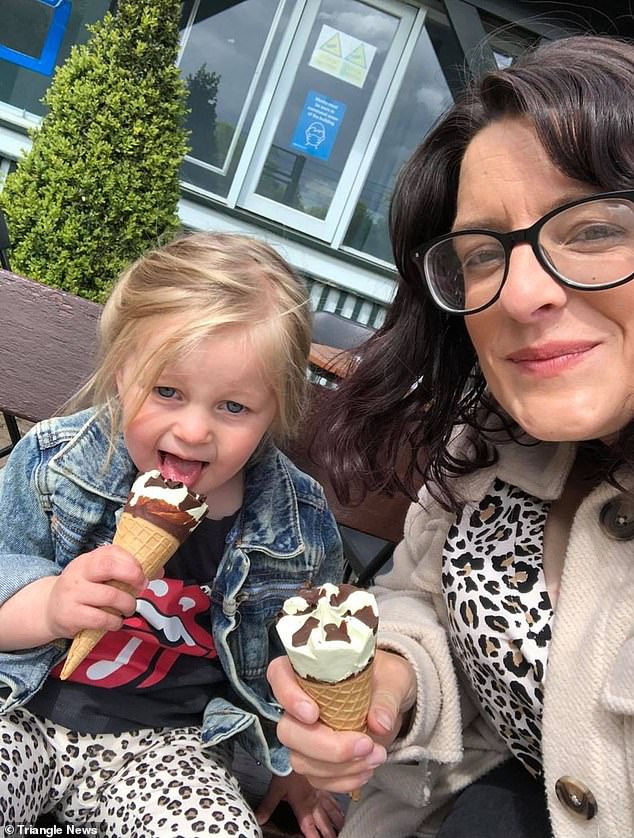 Ami Brunton, 34, from Yarm-On-Tees, North Yorkshire, realised she’d made a mistake after giving her two-year-old tot Lainey Farndale a snack

‘Chocolate Orange is her favourite, she calls it “ball chocolate”. We were in the car for about five or ten minutes before she fell asleep.’

Ami added: ‘I couldn’t believe the mess she made. She really is Britain’s messiest toddler.

‘We are still on the clean up of the jeans, they have had one wash and it still hasn’t come off so its going on a second cycle.

‘She’s my third and last child and the picture explains why. I’m glad it has made as many people laugh as me.’ 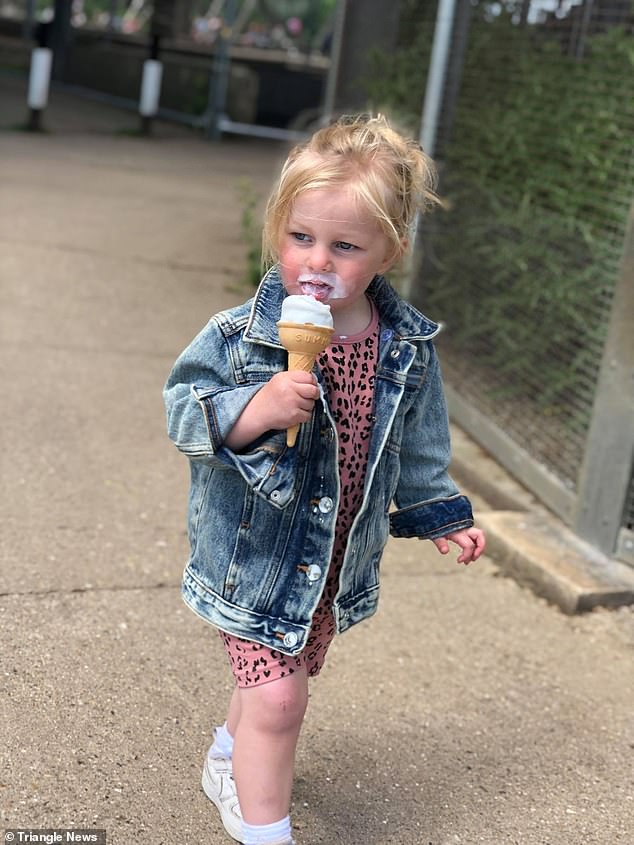 The mother-of-three posted the snap on Facebook and it racked up over 10,000 likes, and she joked that parents of ‘feral children’ should never cave and give them chocolate

Ami’s viral social media post read: ‘Looking for Terry… tell him he can have his Orange back.

‘Note to other parents of feral children out there never give them the Chocolate Orange they cried for before setting off on a 20 minute journey… send help!

‘Also how do I remove chocolate stains from a toddler, clothing, car seat, car window?’