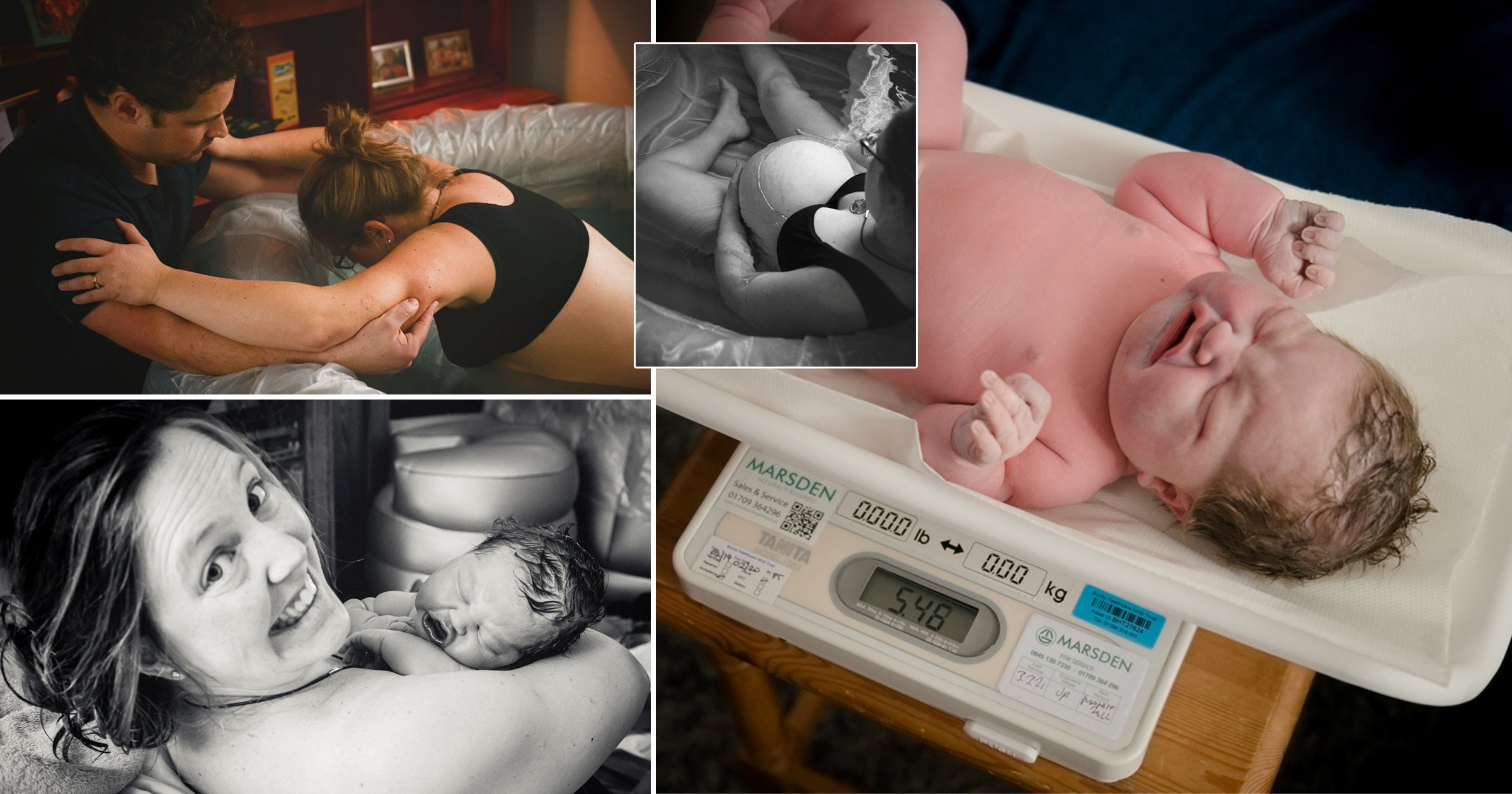 With just gas and air for relief from the pain, Ayshah Maton, 34, gave birth to her first daughter on her living room floor. Only her husband Gari, a doula and two midwives were present.

Weighing 12lbs 0.5oz, Eliose was born on March 12. She is believed to be the second biggest baby girl born naturally in the UK.

Despite her baby’s weight, Ayshah from Ashendon, Bucks said the birthing experience was a calm one and she described it as ‘amazing.’

‘It was an amazing birth’ she said. ‘It was a really positive experience.’

Already a mum to sons Ethan, seven, Hugo, five, and three-year-old Cooper, Asyshah said she knew what to expect, meaning she had no fear.

She added that having a home birth aided her.

‘It was my first home birth, and it was such a different experience,’ she explained. ‘It was so much more relaxed when you’re in a safe, familiar environment, rather than in a hospital.

‘It’s so much nicer birthing at home, because afterwards you can just have your own food, and go and tuck yourself up in your own bed.’

The mum expected Eloise to be a big baby. Her second and third sons weighed 11lbs 2oz and 11lbs 3oz, respectively.

‘I don’t know how, but we just seem to produce big babies,’ she joked.

‘I was expecting her to weigh in at around the 11lb mark – but she did surprise us a bit when she turned out to be the biggest baby. I wasn’t really worried about delivering her at home, though.

‘I always knew I wanted to give birth naturally, and whatever size she was going to be wasn’t going to be any different if I was at the hospital or at home’

After going into labour at 2am on Friday, March 12, Ayshah spent the majority of her labour in a birthing pool. She left the water right at the end to give birth to Eloise on the living room floor beside the sofa.

The birth didn’t stop Ayshah going back to normal quickly.

‘By the end of the weekend I was up and about again and almost back to normal, just a little bit achey,’ she noted.

Now a happy three-month-old, little Eloise is wearing three to six-month-old clothing and thriving. And in the months since she was born, Ayshah has had time to appreciate the experience even more.

‘It’s really amazing what the human body is capable of,’ she said.

Send us an email at [email protected]