Nawal el Saadawi, an Egyptian author, activist and physician who became an emblem of the struggle for women’s rights in the patriarchal Arab world and campaigned against female genital mutilation, which she had endured at age 6, died on Sunday in Cairo. She was 89.

Her death was confirmed by Egypt’s Culture Minister, Inas Abdel-Dayem. Egyptian media said she had been ill for some time, but did not specify a cause of death.

Dr. Saadawi defended the rights of women against social and religious strictures for most of her adult life, fighting for changes in a deeply conservative political culture that was sometimes described as immutably pharaonic.

In 2011, at the age of 79, she joined demonstrators in Tahrir Square in Cairo in protests that led to the overthrow of President Hosni Mubarak, the latest of her many confrontations with the authorities, both secular and religious.

In the 1970s, she was dismissed from a high-ranking position in the Health Ministry when her first book, “Women and Sex,” reappeared after having been banned in Egypt for almost two decades because of the feminist arguments it advanced.

In 1981, she was jailed as an enemy of the state under President Anwar Sadat. In the 1990s, fearing for her life in Cairo, Dr. Saadawi spent three years in exile at Duke University in North Carolina. And in the first decade of the 21st century, she faced frequent challenges from the Islamic authorities, who accused her of apostasy.

Dr. Saadawi, who practiced as a village physician early in her career, published some 50 works of fiction and nonfiction. Such was the intensity of her desire to set down her experiences in words, she said, that one autobiographical work was composed in prison on toilet paper with an eyeliner pencil that had been smuggled into her cell.

“Writing became a weapon with which to fight the system, which draws its authority from the autocratic power exercised by the ruler of the state, and that of the father or the husband in the family,” Dr. Saadawi wrote in “A Daughter of Isis,” a memoir of her early years published in English in 1999. “The written word for me became an act of rebellion against injustice exercised in the name of religion, or morals, or love.”

She had little time for the taboos of the society into which she was born. She criticized some of the most sacred practices of Islam, including some of the central rituals of their faith enacted by pilgrims to Mecca; she described them as vestiges of paganism. She castigated Egyptian women for dressing in skimpy Western clothes as much as for wearing the veil.

“Women are pushed to be just bodies,” she said in an interview in 2018 with Refinery29, an online publication, “either to be veiled under religion or to be veiled by makeup. They are taught that they shouldn’t face the world with their real face.”

In her campaign to halt female genital mutilation, she wrote graphically about her own experience as a child in a village north of Cairo, when she was taken from her bed late at night and subjected to the removal of her clitoris. When she cried for her mother, she wrote, she saw her mother smiling among those performing the procedure, which was formally outlawed in Egypt in 2008 but continued to be practiced by many conservative families.

While she was widely known for her campaign against clitoridectomy, her feminism was part of a broader perception of the oppression of women rooted in a Marxist sense of class distinctions, imperial domination, patriarchy, capitalism and religious fundamentalism. She also denounced the United States’ enduring support for Israel, calling it “real terrorism.”

In her later years, she spoke self-deprecatingly of her modest lifestyle in her one-bedroom apartment on the 26th floor of a high rise overlooking Cairo.

“Many people come here and they think my apartment is a poor relative to my name,” she told an interviewer from The Financial Times in 2012. “But you cannot be radical and have money. It’s impossible.”

Her personal life was equally rigorous. The male-dominated Egyptian society in which she lived, for instance, permitted a husband, under Islamic law, to marry up to four wives and divorce any one of them by simple repudiation. But Dr. Saadawi took the initiative herself in such matters. 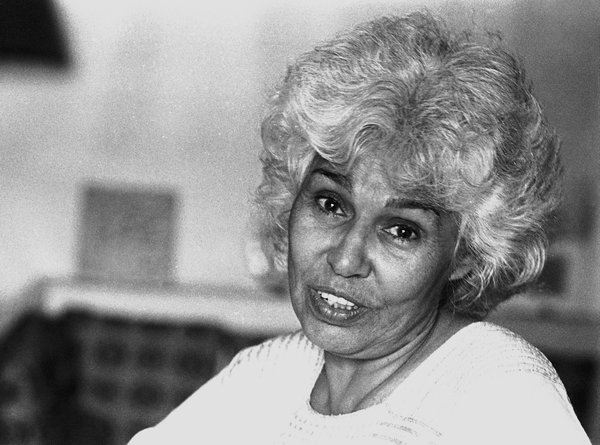 In her early 80s, after 46 years of marriage, she divorced Sherif Hatata, her third husband and the translator of many of her books into English, when, she said, he was found to have had an affair.

“I have already divorced two husbands before, and when the third violated my rights, I divorced him as well and refused to live with him,” she was quoted as saying in The Egypt Daily News. “There are women who accept that, but that would force me to stay with someone who violates my rights.”

Nawal El Saadawi was born on Oct. 27, 1931, in the village of Kafr Tahla, a settlement in the lower Nile Delta, the second of nine children. Her mother, Zaynab (Shoukry) El Saadawi, was descended from a wealthy Ottoman Turkish family. Her father, Al-Sayed El Saadawi, was an official in the government’s education ministry. Unusually at that time, the parents insisted that all their children be educated to a high standard.

Dr. Saadawi’s first marriage, in 1955, was to Ahmed Helmi, a fellow college student at the time. They had a daughter, Mona, before they divorced. After a second brief marriage, to a lawyer, she married Mr. Hetata, a fellow activist and writer. That marriage ended in divorce in 2010. They had a son, Atef Saadawi.

Information on survivors was not immediately available.

Dr. Saadawi received her medical degree from Cairo University in 1954 and practiced as a village physician at a time when the medical hierarchy believed that only men could face the hardships of rural life.

She later returned to Cairo and became a high official in the Ministry of Health, only to be dismissed for her writings about female sexuality. For many years, as an official of the United Nations and as an author and activist, her women’s rights campaigns drew increasing official ire.

Dr. Saadawi was among some 1,500 activists jailed by President Sadat shortly before his assassination in October 1981. She was released three months later and published, in Arabic, “Memoirs From the Women’s Prison,” in 1983.

Her message and manner drew equivocal assessments in the West.

After the first of Dr. Saadawi’s books to be translated into English, “The Hidden Face of Eve: Women in the Arab World,” was published in the United States in 1982, by Beacon Press, Vivian Gornick, reviewing it in The New York Times Book Review, wrote, “For an American feminist it is a curious work.”

“Written by a Marxist who has read Freud,” she went on, “in a country and for a people that require an educated introduction to the idea of equality for women, the book seems disoriented by the inorganic nature of its understanding.”

Four years later, reviewing Dr. Saadawi’s novel “God Dies by the Nile,” the Indian-born American writer Bharati Mukherjee wrote that the author “bears down on social issues with directness and passion, transforming the systematic brutalization of peasants and of women into powerful allegory.”

She added, “This directness may put off American readers.”

Under President Mubarak, Sadat’s successor, Dr. Saadawi was placed under police guard, supposedly to protect her from Islamist threats. Her name was included on a so-called death list published in Saudi Arabia.

After fleeing to Duke, where she taught from 1993 to 1996, Dr. Saadawi wrote two more volumes of autobiography. When she returned to Egypt she continued to face fundamentalist accusations of apostasy and heresy. She announced plans to run for president against Mr. Mubarak in 2004 but resolved instead to boycott the election when her followers were threatened.

Into her 80s she seemed to suggest that her struggle was far from over.

“Do you feel you are liberated?” she asked a writer for The Guardian, a woman, in an interview in 2015. When the writer nodded her head, Dr. Saadawi said, “Well, I feel I am not.”