There’s nothing Half Baked about this!

The owner of a Ben & Jerry’s shop on the Upper West Side was so chilled by the parent company’s freeze on ice cream sales in the West Bank that he’s vowing to donate a portion of his proceeds to help Israel.

Joel Gasman, who runs the store on West 104th Street and Broadway, said he can’t stomach the boycott imposed last week in Israeli-occupied areas — claiming it’s caused his business in the Big Apple to tank.

"We couldn’t sit back and watch without speaking up," Gasman told The Post on Thursday.

"It has definitely hurt our bottom line and our overall store value. We did fear boycotts from customers. We still do," said Gasman who, like many of his customers, is Jewish.

He added, "We’ve lost some foot traffic as well as bigger catering jobs that usually help us during the summer. We’re getting bad reviews online that have nothing to do with the store, only in regards to corporate’s views."

But despite the dwindling sales, Gasman plans on serving up some just desserts — in the form of a 10-percent donation of his profits to fund educational causes in Israel in protest of the Vermont-based ice cream maker’s politics.

"It’s been upsetting for us," he said, stressing that he and other owners of Ben & Jerry’s shops have nothing to do with the choice to halt frozen treat sales in the embattled region. "We felt like many people didn’t understand the nature of a franchise business and how small business owners are affected by their parent corporation’s views."

On July 19, Ben & Jerry’s announced it would stop selling ice cream in "Occupied Palestinian Territory," saying it’s "inconsistent with our values" — and sparking backlash from Israelis and international Jewish groups, some of whom called the move anti-Semitic.

Public officials in the US have also criticized the move — with states including New York adopting anti-boycott laws threatening to divest their pension funds from the firm Unilever, which owns Ben & Jerry’s. 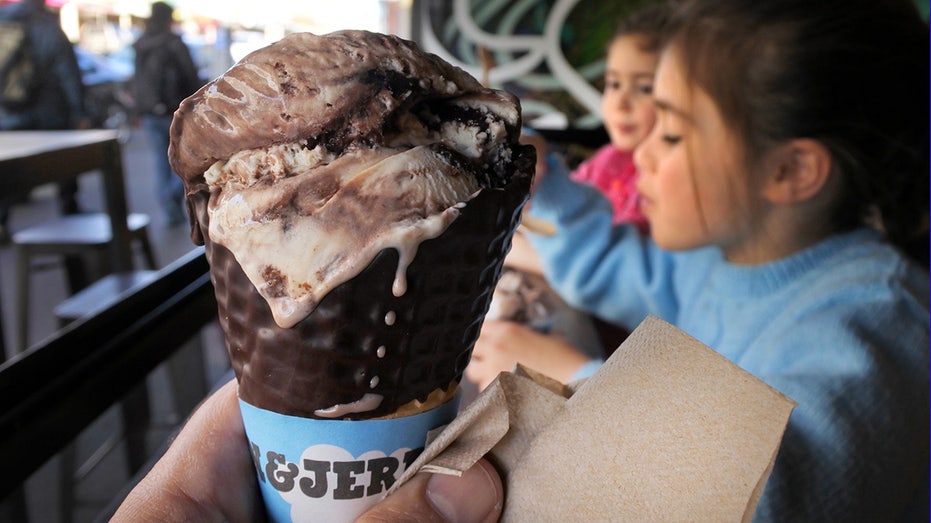 Earlier this week, Gasman posted a statement on Facebook calling the firm’s move a double-scoop of bad.

"The recent actions by [B&J’s] corporate office do not reflect our personal views, and we’re saddened by the impact that this has had on our business and the Jewish community," wrote Gasman in a statement on Facebook. "We are proud Jews, Americans, and active supporters of the New York Jewish community and State of Israel."

He added, "The only concern you should have when coming into our store is deciding if you want rainbow or chocolate sprinkles!"

More than 380 people commented on the post, many in support of the Upper West Side business owner.

Some customers at the store said they’d come to support the shop’s stance on Israel — and its pledge to donate profits to the country.

"I’m not usually a Ben & Jerry’s ice cream fan, and I heard about the 10 percent," said Zoe Goldstein, 23, of Riverdale, who bought two pints of Chunky Monkey and a pint of Chocolate Therapy for her sick sister Wednesday.

"I don’t even live around here, but if I were to ever get a pint of ice cream it would be from this store," she said.

Others said they’d trekked dozens of miles to the Upper West Side to prop up a store that shares their beliefs.

"My son is the reason why I’m here," said Shay Pilnik of Stamford, CT. "I told him we are not buying Ben & Jerry’s anymore and he was so disappointed. Then we found out that they are not a part of [the boycott] and said, ‘Let’s come to Manhattan.’"

"We are against the boycott of Israel. We think that the corporations and companies selling commercial products should stay out of an issue that is far too complex for them to understand," said Pilnik, who bought his 14-year-old son in for a cold treat.

He added, "We see what Ben & Jerry’s did as an insulting attack."