The outgoing chief executive of Australia’s flagship opera company said the organisation was “bleeding cash at an incredible rate” last year, suffering a $6.4 million operating deficit on the back of a $63 million collapse in box office revenue. 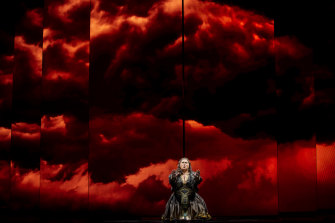 Leah Crocetto as Aida in the Opera Australia production.Credit:Simon Schluter

Opera Australia’s Rory Jeffes also predicted another difficult year and a “significant loss” as the national company struggled to recover “from its biggest financial crisis in the company’s history”.

The company’s annual report, released on Tuesday, showed the damage wrought by pandemic lockdowns that forced the company to cancel 27 of its main stage productions and tours including Aida, La Traviata and The Ring Cycle in Brisbane.

The cancellations punched an “enormous hole” in the organisation’s cash flow, with just $10.5 million received in ticket revenue in 2020 compared to $73.6 million the previous year, and 89,000 tickets sold compared to 540,000 the previous year. It was the first year the company had suffered an operating deficit in six years. 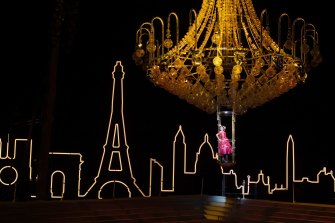 Government funding was OA’s main revenue source, up from $26 million to $37 million, bolstered by $11.4 million in JobKeeper assistance.

Opera Australia received no other rescue or recovery funding from either the NSW or federal government.

“Our cash flow was negative in the extreme,” Mr Jeffes said. “We sold the Alexandria warehouse therefore we were not in danger of immediately going bust. That was effectively why we didn’t receive additional support in the first round.”

The operating deficit was reduced to a $2.9 million loss when factoring in philanthropy and investments. OA’s reserves fell to $39 million.

Around one in four patrons donated back $1.3 million in refunds from cancelled shows. OA’s capital fund established 20 years ago to secure the company’s future had its strongest fundraising year ever and returned $1 million to OA.

As well as the blow to the box office, designer Carla Zampatti died in a Sydney hospital after a serious fall at the premiere of La Traviata on March 26. Mr Jeffes said no legal claim had been brought against OA.

“It was an absolute tragedy what happened to Carla Zampatti and it’s something which I think we all have extremely strong sympathies for all the family,” Mr Jeffes said.

Mr Jeffes confirmed an internal and external review had been commissioned into the accident with the latter due to report soon.

“We always make sure that safety is the prime consideration of anything we do so of course any recommendations that the external review makes we would integrate it into our future plans.”

The death of Ms Zampatti was not referred to the State Coroner. “Section 38(2) of the Coroners Act 2009 allows a medical practitioner to write a medical certificate if a person aged 72 years or older dies from an age-related fall, which we presume might have occurred,” a court spokesperson said.

Mr Jeffes said this year OA was having different conversations” with government but “we very much have to look after ourselves”. As the snap Victoria lockdown proved, Mr Jeffes said, “COVID will continue to seriously impact us for the next 18 months”.

Mr Jeffes said OA hoped to return to a break-even position by the end of 2022, well after he is due to leave. An international search is currently underway for his replacement, with Mr Jeffes departing “at some point later in the year”.

To repair revenues OA would, in the short term, stage special events and attractions to draw new audiences including Phantom of the Opera scheduled for later this year.

But OA’s decision to slash 25 per cent of its workforce, including 16 members of the OA orchestra and eight singers from the chorus, continues to rankle. OA wants to strike a new enterprise bargaining agreement with existing staff. The Media Entertainment and Arts Alliance says its members are committed to negotiating an agreement with a more collaborative process in place for future workforce adjustments.

Opera Australia sold its Alexandria warehouse in January to bank $46 million, a move that board chairman David Mortimer revealed was being contemplated before COVID-19 struck.

“We have agreed to lease back the facility for two perhaps three years as we identify a suitable, long-term replacement site,” he said in the annual report.

“The sale of the warehouse reinstates the company’s cash position and provides the financial resilience for Opera Australia to rebuild after activity returns to more normal conditions.”