Boxing legend Oscar De La Hoya was revealed as the Zebra on ‘The Masked Dancer.’ He spoke EXCLUSIVELY with HL about how the show has possibly inspired a return to the boxing ring.

Oscar De La Hoya has moves inside the boxing ring and on stage. The Olympian was unmasked on the Feb. 10 episode of The Masked Dancer as the Zebra. After his Masked Dancer experience, Oscar told HollywoodLife EXCLUSIVELY that he’s thinking about getting back into boxing again.

“It’s funny you mentioned that because of The Masked Dancer I got in such great shape,” Oscar told HollywoodLife. “I feel my footwork is so light. I started going to the boxing gym after I finished The Masked Dancer, and I’m starting to get that itch. Maybe we’ll see the Zebra up in the ring.” 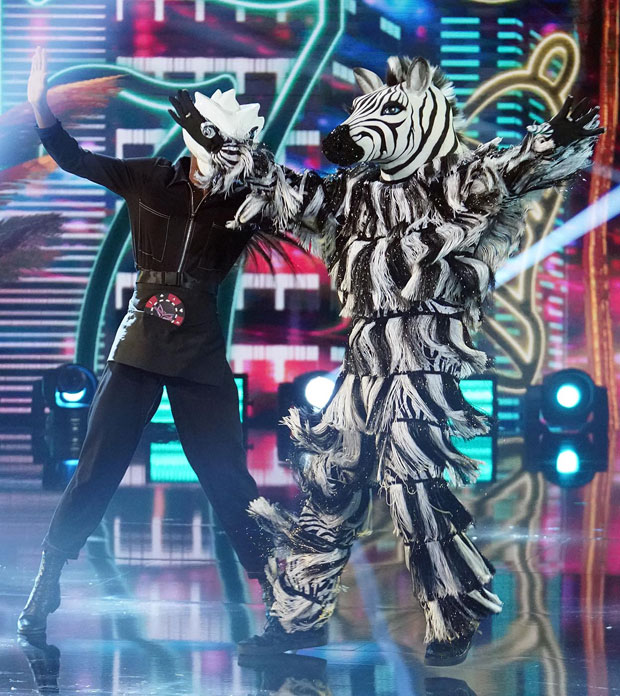 Oscar admitted that training and learning each dance was quite a workout and something he didn’t expect. “I’ve never been involved in such training that was so disciplined,” Oscar continued. “These dancers are so disciplined. It’s repetition, repetition, repetition. Kudos to all the dancers. They’re amazing. We were there for hours, and I’m one that’s very disciplined. When I do something, I like to finish and do it right because of my boxing background. But it was a lot of fun. I chose to dance and be the Zebra because I just wanted to have fun. Every single day was a blast. I had all this energy and would wake up in the morning and just couldn’t wait to go practice.”

During his routines, Oscar avoided one particular move while he was on stage. “Every time I was dancing I would have to remind myself not to do the boxing moves because I didn’t want the judges to guess that it was a boxer behind the Zebra,” he told HollywoodLife. He admitted that being the Zebra was “the most fun I’ve ever had actually.”

Performing wasn’t always easy, though, even for an Olympian. Oscar noted that he had to “coordinate my breathing as well because you can get a little winded behind the costume.” He also revealed that he got “claustrophobic” the first time he put on the Zebra mask.

When asked which of his boxing buddies he would like to see on the show, Oscar immediately, “I would love to see Mike Tyson. It would be so much fun watching him. He can maybe come out as a lion or something.” The Masked Dancer airs Wednesdays at 8 p.m. on FOX.