Paddy Doherty has told how 'superhuman' doctors and nurses battled to stop him dying from coronavirus.

The My Big Fat Gypsy Wedding star was rushed into hospital six days ago with double pneumonia and Covid-19.

Docs gave the bare-knuckle boxer just a 50% chance of survival as they pumped him full of drugs.

And they willed him to live telling him ‘you can beat this Paddy’.

And they were right.

Just six days after he was admitted to Countess of Chester Hospital, Paddy, 61, is now back at home counting his blessings knowing just how lucky he is.

And he says he will be “forever” indebted to the NHS for saving his life.

Speaking from his home Paddy describes the haunting image of people dying next to him as he and others fought the deadly virus.

He told the Daily Star: “The doctors and nurses were all around me.

“I felt like I was paralysed in my body because I couldn’t do anything.

“I couldn’t raise my hand, my head or even speak. I had no strength.

“The doctors were putting all these drips in me and I thought ‘this is it’.

“They gave me some drugs and said if they didn’t work I’d have to go on a ventilator and that I had a 50/50 chance of survival but they told me they thought I could beat it.”

Paddy continued: “I saw death right before me.

“I was in this room and everyone with Covid was tagged.

“I’ve never seen anything like it before in my life.

“I couldn’t believe it.

“I really thought that I was a goner and that my number was up.

“Everyone can talk about how this isn’t happening but this is real.

“You don’t realise it until something happens to your relatives.

“ A nurse broke down and started crying. She was at breaking point and said ‘Paddy, I’ve never prepared for something  like this’.

“People have got to realise this isn’’t made up. 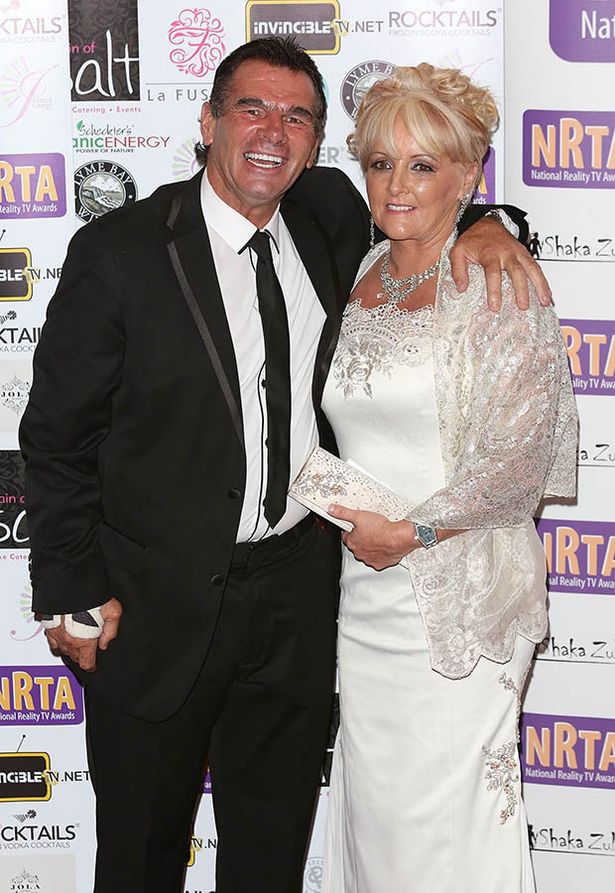 “This is real and so many people are losing their lives."

Paddy’s beloved wife Roseanne is looking after the former Celebrity Big Brother star as he continues to recover.

He breaks down as he speaks about how he thought he was never going to see her again as he was put in the back of an ambulance.

“Roseanne was crying as they put me in the ambulance," he said.

“She kept saying ‘I love you my Paddy’ and I said to her ‘don’t cry baby, I’m alright, I’m alright’.

“I knew I wasn’t alright though. I was thinking ‘this is it, I’m gone now’.

“Recently, we’ve fallen back in love like we first met each other again. And it has come back bigger than it ever was.

“Covid is so real it frightens you.

“I was crying. I wasn’t crying because I thought I was going to die.

“I was crying because I was leaving my lovely wife. It was bad. I wouldn’t wish it on anyone.

“Now I’m back at home it feels like Christmas has come early again.

“Roseanne is my life and I’m her life. We’re so blessed.

"I’m a fighter and I’ve been a fighter all my life but look at me…just under a week and I’m sat at home talking to you. It really is a miracle from God.”

Paddy’s Covid-19 fight and his NHS heroes will feature in his second autobiography which he is co-writing with filmmaker pal Danny Coll of Brassic and Emmerdale fame.

Paddy has hailed the NHS staff that saved him as “warriors” and described them as superhuman ‘Robocops’.

He has launched a petition to get staff a 10% wage increase and wants to do charity work when he’s strong enough to help raise money for them.

He explained: “The doctors and nurses are miracle workers.

“They are willing to put themselves at risk for others knowing the consequences.

“I would like to see NHS staff receive a 10% pay rise.

“What’s 10%? Without them where would we be? The world wouldn’t exist.

“If I was a millionaire I would give it without a blink of an eye.

“The NHS  saved my life and gave me back to my wife. It’s the least I can do.”

You can sign Paddy's petition for NHS staff to get a 10% pay rise here.