Bad eggs! Hilarious snaps of ‘birds with threatening auras’ include a parakeet weilding pliers and a thieving cockatoo

Many of us have felt the fear of having our chips attacked by seagulls at the beach, but the seaside stalwarts are not the only feathered creatures with the ability to strike terror into our hearts.

In a gallery compiled by Bored Panda, these snaps from the Twitter account Birds With Threatening Auras show the most hilarious – an unnerving – pictures of our feathered friends taken around the world.

One pigeon was pictured hanging off the side of a wall while an angry cockatoo was snapped tearing down anti-bird spikes and throwing them on the ground.

Another picture showed a cockerel stood triumphantly on the back of a hawk, while a crow looked as though it was about to start up a chainsaw.

Here, FEMAIL shares some of the funniest pictures that will make you think twice about our feathered friends. 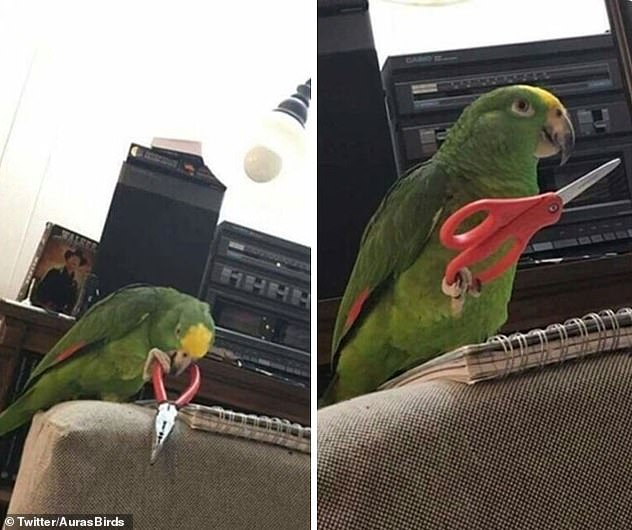 Uh oh! In a gallery compiled by Bored Panda , these snaps from the Twitter account Birds With Threatening Auras show unnerving snaps of birds like this parakeet who can weild both pliers and scissors 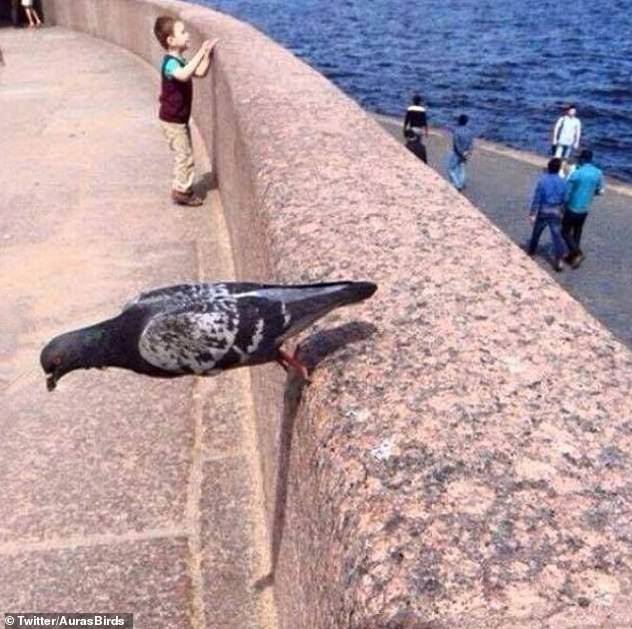 Hold on! This pigeon decided to defy gravity and was pictured hanging off the side of a wall near the sea horizontally 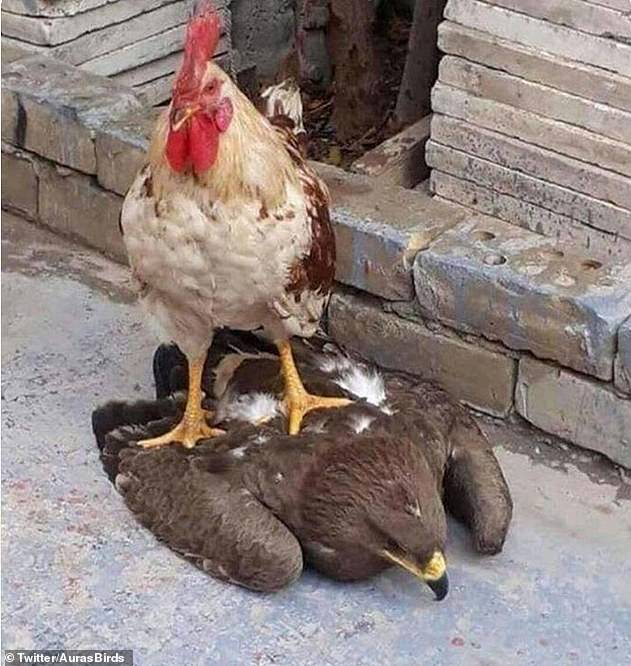 Another one bites the dust! In one picture, a cockerel stood triumphantly on top of a hawk as it lay face down on the ground 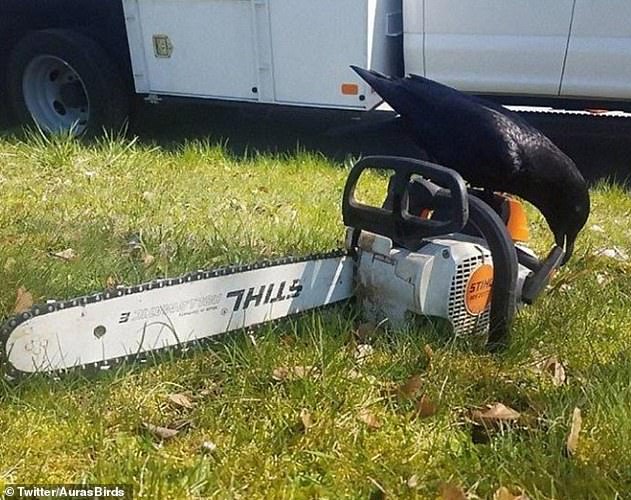 Need some help? One image shows a crow who looks like he’s about to turn on a chainsaw as he uses his beak to move the handle 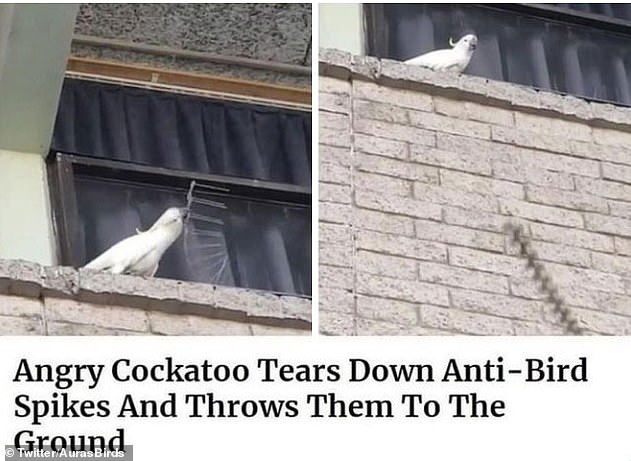 I’ve had enough! An angry cockatoo took matters into its own hands when it pulled a set of anti-bird spikes from a window ledge and threw them off 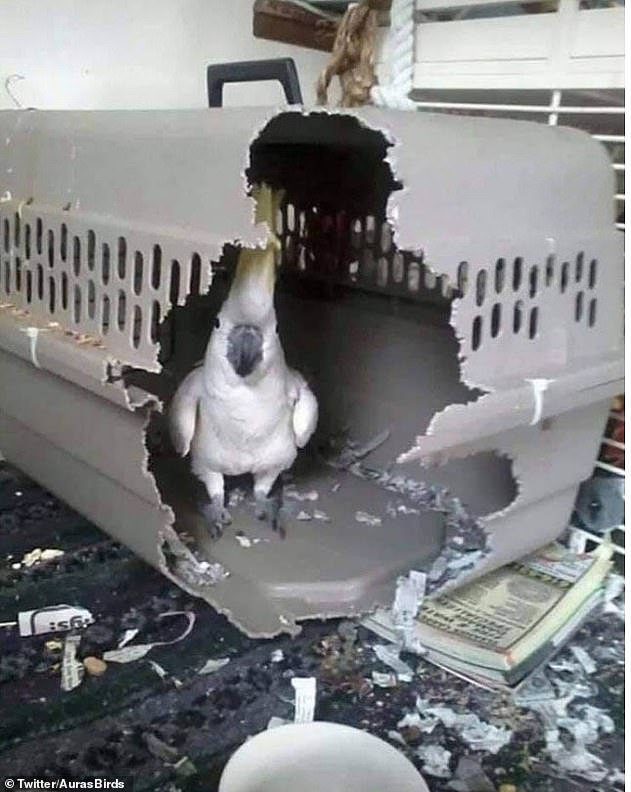 In big trouble! One naughty pet cockatoo appeared to be very unhappy at being put in a cage, so decided to chew through one corner 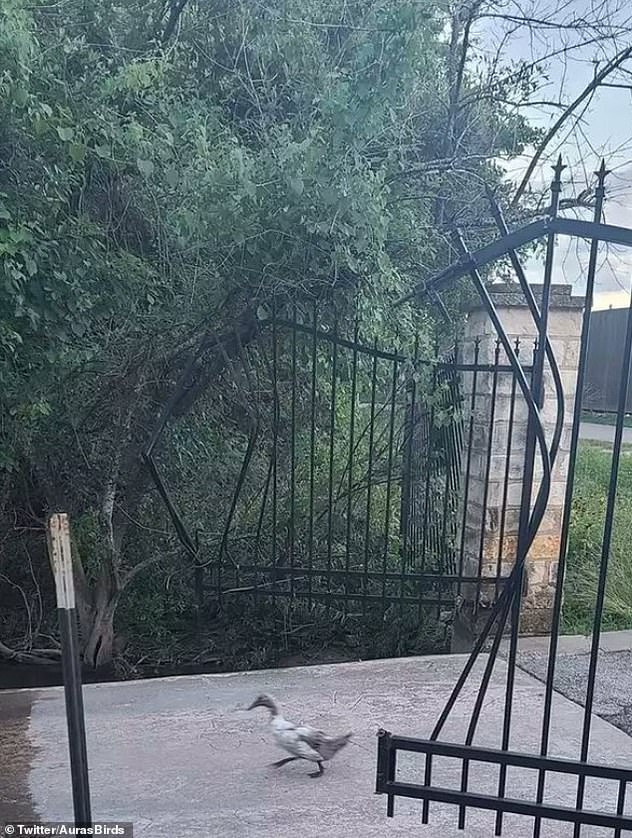 Run, Forrest! This little duck was pictured running through some bent iron gates which gives the hilarious impression that he crashed through them at speed 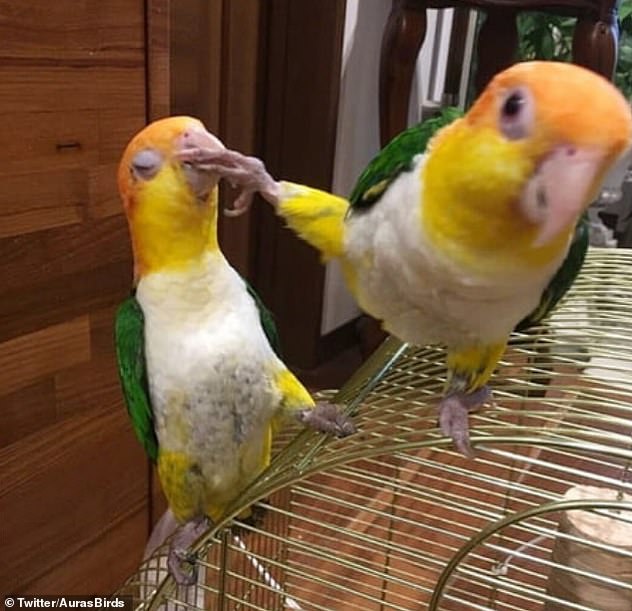 Take that! One parrot didn’t seem like he wanted company and made it clear by kicking a fellow bird perched on top of the cage 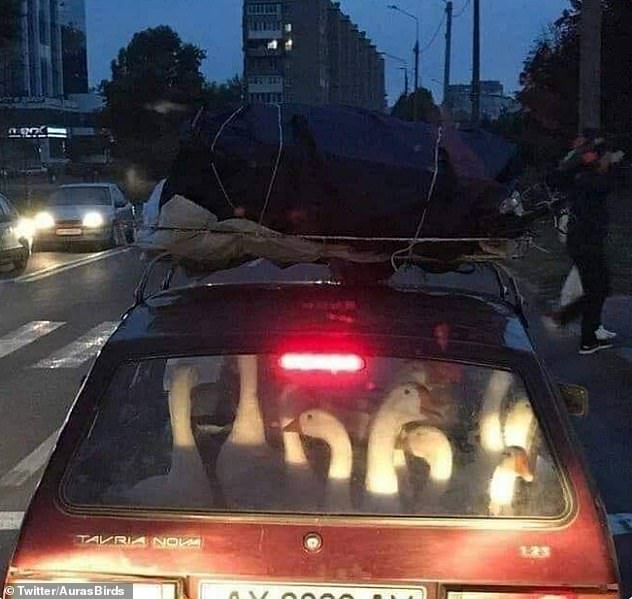 Taxi for ten! This strange image shows a number of geese packed into the back seat of a red car 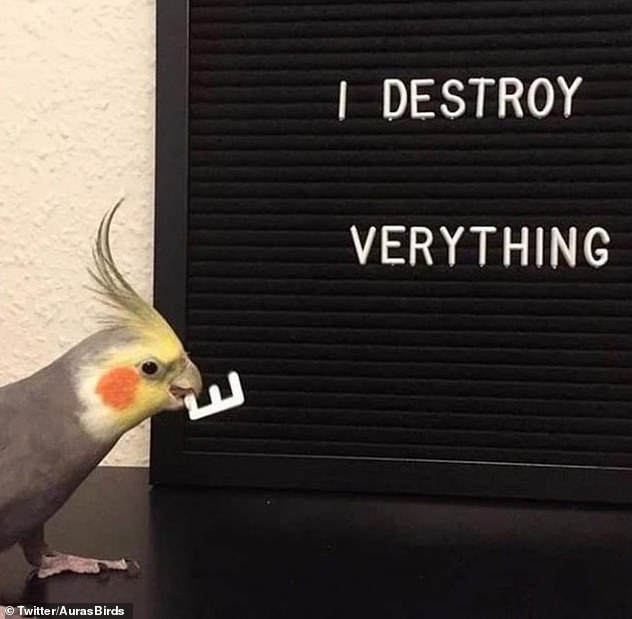 Perfectly timed! One snap showed a cheeky cockatoo caught in the act of stealing a letter from a board shaming him for his thieving ways 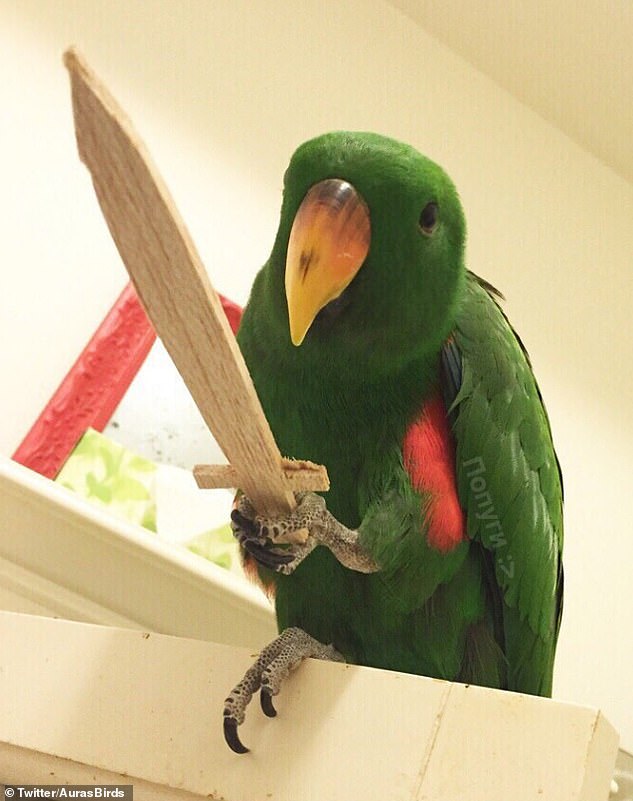 En garde! This parakeet appears ready for a fight as it clutches a small wooden sword in one of his claws 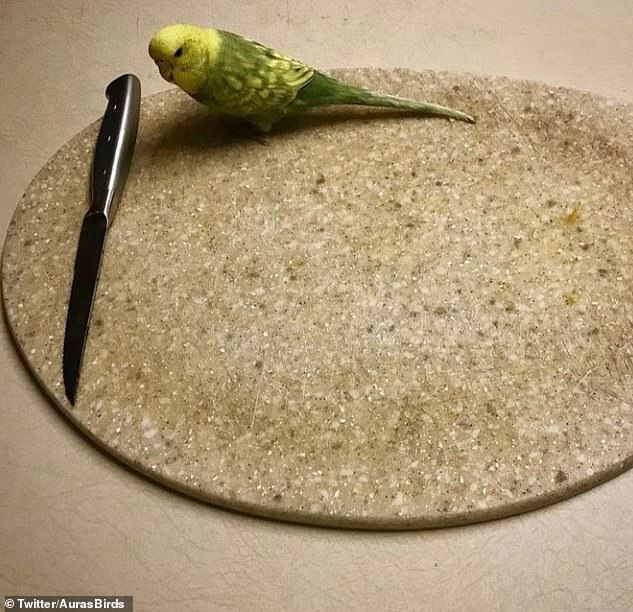 Eyes on the prize! Who knows what this little bird is watching that knife for, but it doesn’t look pleasant 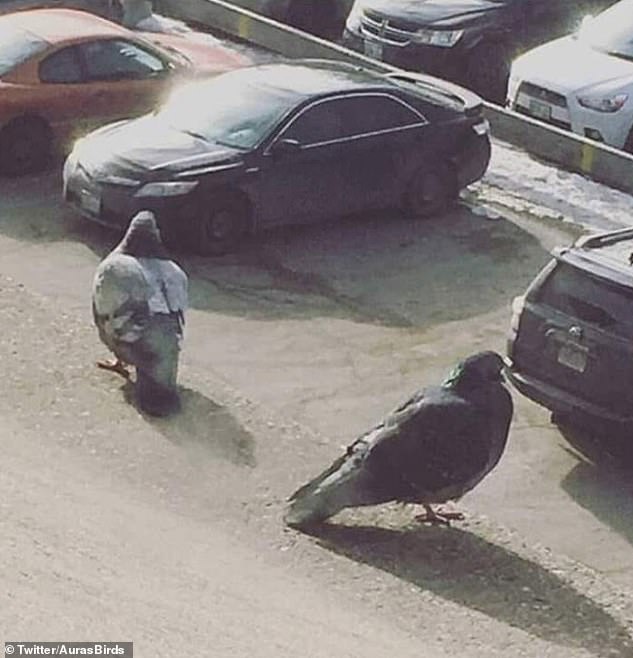 Larger than life! These pigeons looked gigantic as they posed on a ledge overlooking a car park 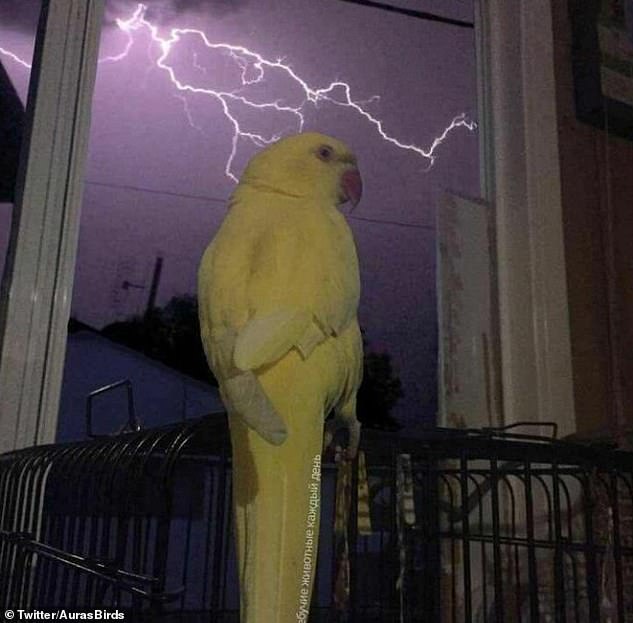 Perfect storm! One image shows a menacing-looking parrot perched on his cage as the sky behind them is lit up with an equally ominous streak of lightening